Particularly good video game front-ends that give you pause

Beyond the title screen I’ve always considered a game’s front-end presentation to be just as important.

Whether it’s for setting the scene or for creating the right mood (right down to the name entry screens back when consoles didn’t have operating systems that brought up dull system-level keyboards!) I thought it would be cool if we shared stand-out examples or favourites.

I’ll start off with a couple:

Two spring to mind, both quite functional minimal. Present the information clearly and let me get into the game with minimal fuss.

Pandora’s box in Panzer Dragoon Orta is ominous and dreamy. It kinda freaks me out at times if I stare into the background too much.

Everything about R4’s presentation, from the moment you turn on the PlayStation to when you finish a race, is mesmerizing.

It really is top class, that they achieved something so striking with so few pixels is masterful as well.

I’m happy to see two of the visual designers on Type 4 still work at Namco, while the industrial designer recently worked on the BoxBoy games at HAL according to Mobygames.

I’ve been playing NHL Slapshot on Wii and the UI and sports TV overlay and general graphics are really amazingly well done.

Only a small glimpse here.

Happy to see a Wii Remote pointer there! I loved seeing developers playing around with new menu ‘selection’ paradigms on Wii games.

I was playing a bit of You, Me and the Cubes last week and that has a wonderfully responsive frontend that is irresistible to play around with:

Indeed it does look great. I’ve tried playing it a few times but the game just doesn’t grab me.

Touge Max’s story mode has its own unique menu system that’s really well programmed. It’s hard not to mess around flicking through the deck, very satisfying.

I seem to remember 1080 Snowboarding also doing something cool with cards?

yeah Wipeout 3 is one of the best 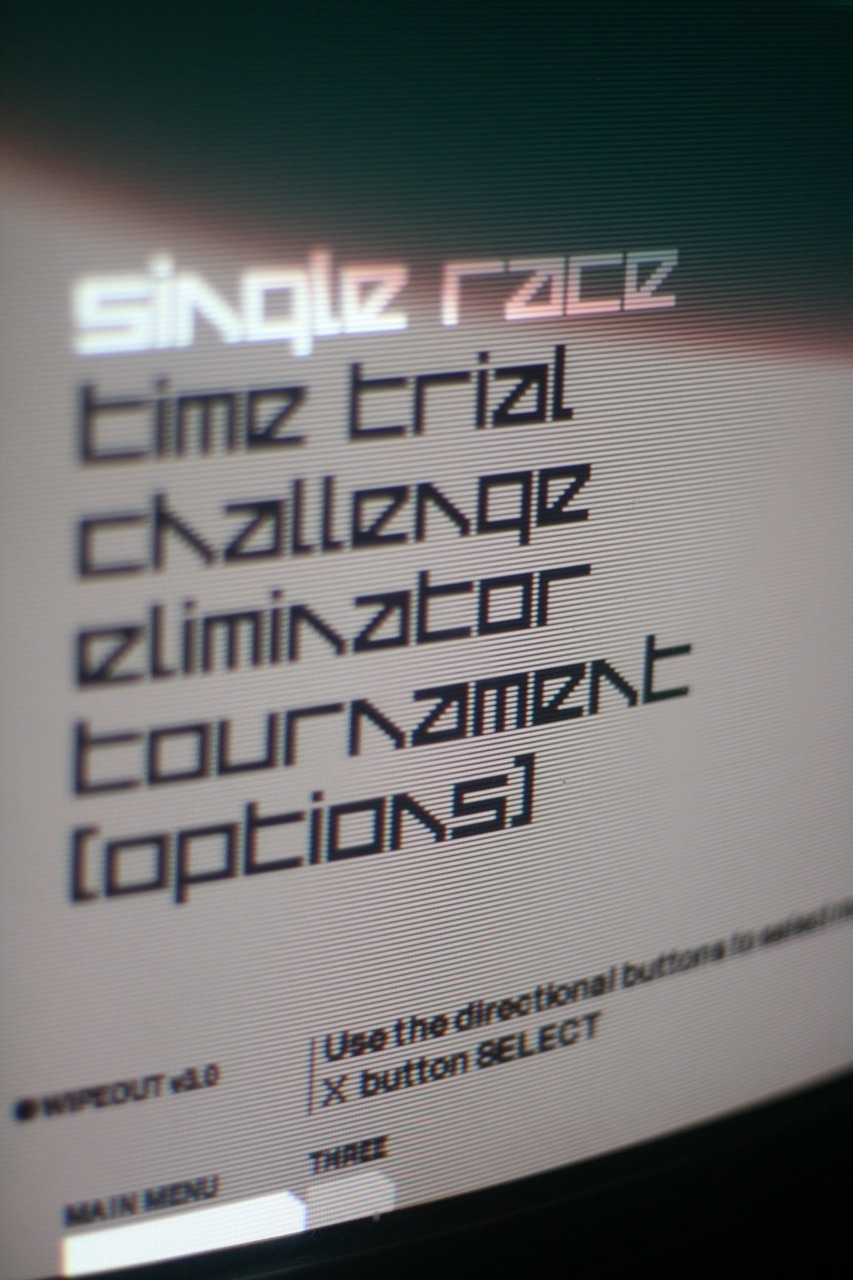