Looks like a new Switch hardware model is coming. Here's what I expect from Nintendo.

All I have is my launch pro, but I would love to get a second one that works better.

They really could go either way with the new model, and have done so in the past. From just trimming down in size and or internals to make it more cost effective to an XL model, or just slightly beefier internals like more ram and improved controls. I’d really like some improvements to the controllers. Also a better docking solution as the current one has always seemed awkward. Were a few third party ones that looked good but I figured Nintendo had to have some new model coming since they always do. Either way I just hope the new model is worth buying, and there is a way to downgrade the firmware of the current model so I can hack my launch model.

As for stands for the switch, the two I use are things that were meant for tablets and work really well. These fellas here; 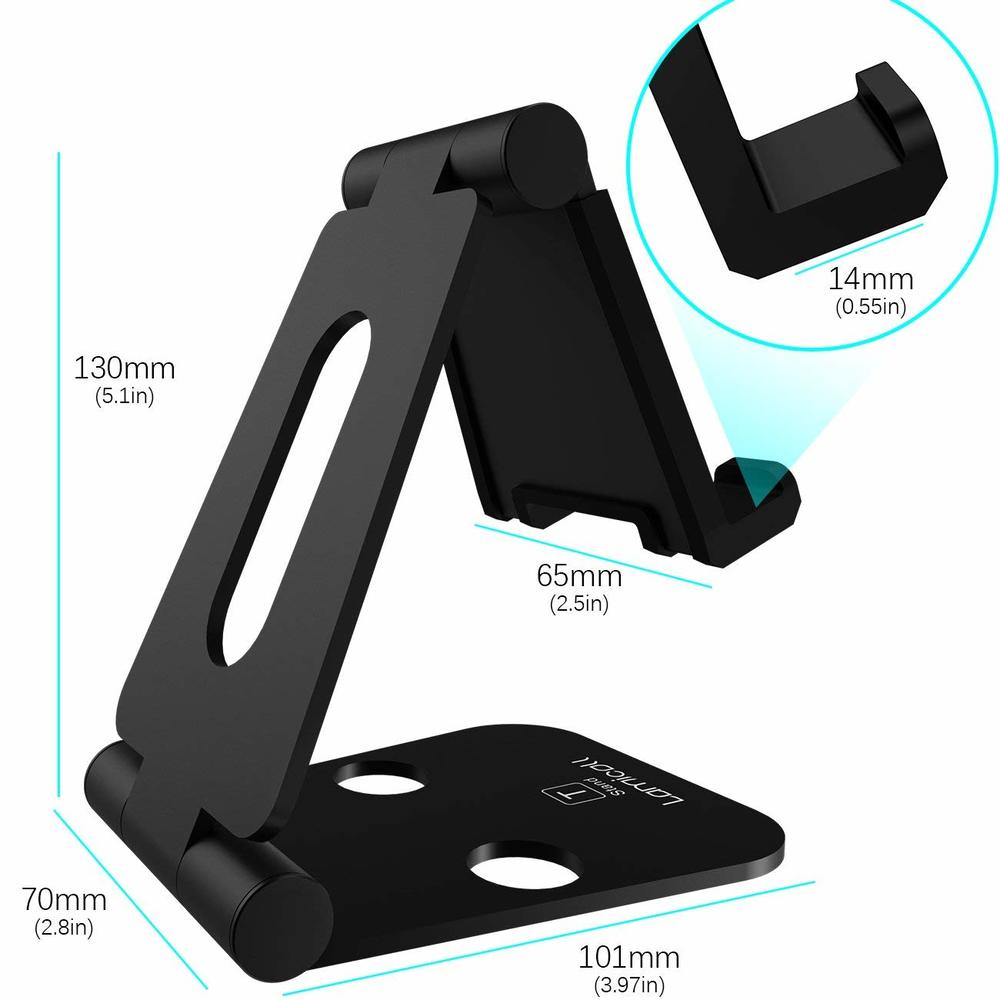 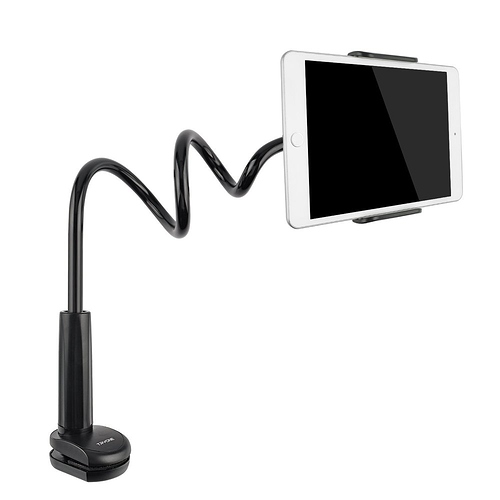 The standing one works better then the hori one I tried out. Can operate in a lot more angles and is real sturdy. Only thing is make sure you get one that the holding area is rubberized so you don’t scratch your system. The other one I have most commonly attached to a table or my bed with it positioned right in front of me for when I want to just lounge with something else on tv/my computer.

Those look cool for home use. But the Hori one is nice for traveling - it’s super light and folds up flat.

I love the Hori stand. It fits comfortably in my case (I have the Breath of the Wild case that came with the game at launch) and it allows for both horizontal and vertical play. I use it to play the shooters and arcade games all the time!

I will be getting a FlipGrip when they ship. Looking forward to that too.

I’ve been holding back from buying a switch for myself, 2 of my kids have them already but I am waiting for a revision.
I’m happy with the resolution etc, I’m just hoping for a thinner and lighter version with no screen bezel.
I’ve been very disappointed with the joycons, they are now all faulty and need to be replaced (drifting analog sticks that can’t be recalibrated)
So hopefully more robust joycons will be available but I doubt it.

I had the same issue with my launch Joy-Con earlier this year. I was wondering why my ship in Gunbird was starting to veer up randomly sometimes and didn’t realise it was stick drift until the issue got worse.

I managed to fix it though, the problem seems to be dust or other debris getting under the rubber caps. The official way is to run a soft toothbrush around the stick’s lower cap, but I fixed it a couple of months ago by lifting the cap up with my fingernail and blowing the dust out. It’s been fine since then.

This is Nintendo. No possible way they’re going to mess with anything to do with 4K or HDR in any form.

I don’t see why a simple 4K upscaler is out of the question. They already have a 1080p scaler for sub-1080p content.

And HDR10 is similarly very inexpensive to implement and royalty free. I can’t imagine new a GPU not being capable of it even in mobile.

It’s not like they’ll need to pay any sort of licensing fees. These are very low hanging fruits for a hardware refresh.

The only question is whether the screen will be HDR capable if they do, in fact, go that route. That could increase costs.

Of course you may be right that Nintendo wouldn’t bother with this stuff.

The first one also folds up flat. The two holes in the base are where the “hooks” on the upper section folds to.

Now I wouldn’t put it in a case tightly with the switch itself, but my switch case is a hard one that only fits the system and joycons snugly anyway, then both it and other accessions go into another bag for carrying.

Yeah, a 4K upscaler will probably be a thing, and that’d be fine.

I don’t actually want native 4K since game file/asset sizes might balloon just for one play style - and it’ll mean more 2D art and textures that’s stuck through an upscaling algorithm to tick the 4K box… It’s really obvious when developers do that!

I think going forward, Nintendo should offer three alternatives that all play the same carts and access the same eshop:

Then consumers can choose which model they need, and tons of people will end up buying several of them. This is the strategy Apple employs with iPhone/iPad(/iPod touch), and has been a huge success for them, so I think Nintendo wants to move in this direction. Then they can release a new revision of one of the three devices every year with incremental updates - just as Apple - and we suckers will be forced to by yearly devices from them.

I think your No. 2 is interesting. They could get that down to $149 easily, I’d imagine.

Man talk about a FUD headline 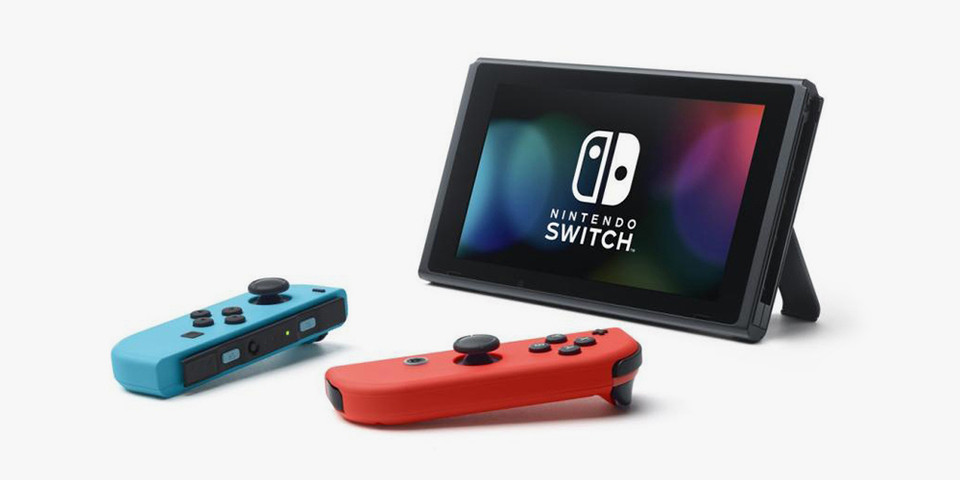 The Nintendo Switch 2 Is Releasing Next Year

Details on the new console are still to be decided.

I saw this on Facebook and there were hundreds of comments of people saying ‘I’ll skip it this Christmas then’.

I’ve been thinking about getting a second Switch and really wish there were more legit details. What I’m hoping for is a smaller, more portable version, but if that’s not in the works, I’d just go ahead with the current model.

To be perfectly honest right now probably wasn’t the best time for this news to get out even without bad headlines. Knowing that there is another model coming “soon” is a good reason to question getting one for the holidays.

Now of course this wasn’t an official announcement but I do think the best thing Nintendo could do now is make one (and official announcement) sooner rather then later that shows exactly what this new model will be. Without any more details it is currently “whatever you want it to be” so why not wait and see, while if they showed exactly what it is then you would could make an informed decision on if you want to wait. That is unless it is literally just a simple/updated revision with the sameish price, then I could see why they wouldn’t announce it till after the holidays since it is also currently “whatever you don’t want it to be”.

Since it probably won’t ship for another six to twelve months at least, they should probably just deny it exists tbh.

This leak is definitely the type that can hurt sales so it is questionable how it got out, who was behind it and why.

I think this will only really contain some internal revisions that will either increase their margins on hardware sales, or allow for a price drop for consumers, in addition to a few minor upgrades to things like the kickstand. Essentially, they will only change things that will save them money in sourcing/manufacturing in addition to improving the experience for its users, at this point in the cycle.

The primary reason for the revision will be to combat vulnerabilities within the hardware itself, and perhaps increase battery life with a more efficient display. I can’t see Nintendo fragmenting its user base this this early with a more powerful Switch revision. I just see some more pedestrian QOL UX improvements being shoehorned in with the necessary hardware update to patch its current vulnerabilities.

A 1080p scaler on a console that can actually hit 1080p~ on occasion makes sense. Sometimes the games dip to a lower res, sometimes they always run at 720p or 900p, so the internal scaler kicks in and does the rest. Older 1080p sets are iffy with upscaling sub-native res content. But unless you have a truly awful 4K TV, there’s no real benefit to having a 4K scaler in the Switch when just about all modern televisions do a really good job of upscaling 720p/1080p to 4K. The Xbox One S is the one 1080p system with a 4K scaler and I’ve heard about how using is indistinguishable from a TV with a decent scaler and in some cases looks worse.

I’d even go as far as saying that adding in that feature may be confusing or seem misleading to more casual Switch buyers who may assume “the new Switch has 4K” and be disappointed to find out it isn’t true. I don’t think Nintendo wants to introduce added complexity and have to educate its relatively casual userbase on the differences between native rendering resolution and upscaling, especially when it adds nothing.

One benefit for an internal scaler would be blowing up old 240p games to tack-sharp 4K without the TV upscaler’s getting in the way and slightly softening up the image in the jump from 1080 to 4K, but very few will ever notice this. I made a big deal about this in the past but now that I own a 4K set, I can’t really see it unless I get close to the screen and really pay attention to it.

The HDR thing is probably too new/cutting edge for them to mess with. I think a new 10-bit panel will increase their manufacturing costs and they may not want to get involved until the dust is settled on HDR.

A Switch without detachable Joycons seems entirely plausible. If it’s dockable, the Switch branding still applies. Just need a pack-in controller or a disclaimer on the box that a separate controller is required for docked gameplay.

I agree with every word of this. You nailed it completely.