Nintendo Switch Homebrew and Emulation Thread of DO NOT USE HOMEBREW ON THE SWITCH, YOU WILL GET BANNED

Seeing as Nintendo have seemingly ruled out a Virtual Console for the Switch, it’s nice to know theres a few good options via homebrew.

For those not in the know, the Switch has been blown wide open. There’s a bootrom exploit called ShofELF2 (https://fail0verflow.com/blog/2018/shofel2/) that runs before the Nintendo Switch OS (known as Horizon) is loaded through a recovery mode that is native to the nvidia tegra. This means the exploit is unpatchable. Firmware version doesn’t matter. The only way for NIntendo to fix it is a new revision of the Tegra which so far has not been introduced into Switch consoles.

Basically, there’s nowhere further to go with exploits - this is all you could ever want! What does it mean? Custom firmware (being worked on), dual booting, linux, and…a whole load of homebrew.

Booting into recovery mode is easy enough - you just need to turn the console on while holding power and volume up while pins 10 and 1 on the right joy con rail are connected. This can be done either by modding a joycon, using a paperclip, or using a 3D printed jig like this:

You can then send a payload to the switch via a PC (windows, mac, linux) or android phone. For example, you boot Linux or a custom firmware this way, and then it’ll stay loaded in place of the standard OS until power runs out. As the switch has fantastic sleep mode, this isn’t really an issue for most.

So, what’s in the works right now?

Allows booting into the homebrew menu via the switch OS, currently hooked up to the image gallery button on the home menu. Not yet released, but fully open source and the full release is planned within the next month or so. 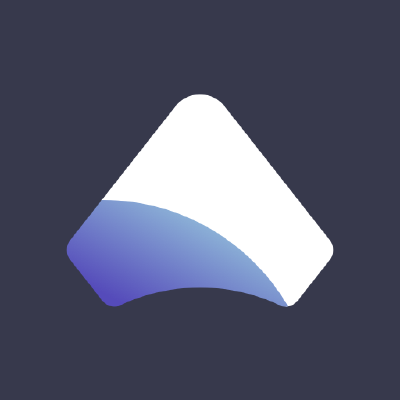 Atmosphère is a work-in-progress customized firmware for the Nintendo Switch. - Atmosphere-NX/Atmosphere

Full Retroarch linux distro. Full OpenGL hardware acceleration, should run everything you throw at it. The Switch can run Dolphin quite well via Linux just to give an idea…

Not out yet, but keep an eye on https://twitter.com/natinusala and https://gbatemp.net/threads/dev-launchmycraft-ported-lakka-to-the-switch.503646/ as it’ll be out soon.

Ubuntu works too. Full hardware gpu support, but everything’s a bit new, some little issues with sound, joycons and bluetooth that need working out. Turns the Switch into a legit tablet PC. And yes, dolphin and Retroarch work!

One thing to bear in mind is that Horizon (switch OS) keeps an eye on battery levels for calibration - so far Linux does not, of course. So when you boot linux, expect to have to unplug and plug the battery back in otherwise the Switch OS may think…30% is 0%, for example. This will get sorted out in time.

Hi everyone, I’ve been working on an app for Nintendo Switch that is like the SNES Classic menu, but with an emulator built right in. I’ve been...

Custom firmware that replicates the SNES classic’s set up. Should be awesome for a true homebrew/retroarch set up. Not yet released but working nicely at early stages.

You can backup savegames. You can also edit them - there’s a few apps already for Xenoblade, Mario Kart and Zelda. The Zelda one allows you to import/export Wii U version saves!

A list of the apps used to throw an app/payload over to the switch can be found here: https://gbatemp.net/threads/fusee-gelee-all-the-payloads.502028/

So yeah. Exciting stuff. Switch will easily be the ultimate handheld retro device - I’ve got absolutely no doubts about that.

It’s like…everything I dreamed of lol. Thanks Nintendo and Nvidia? Thanks for the write-up Rich. I have to assume Nintendo and Nvidia are working on a hardware revision to address this, but it’s pretty bonkers that there is nothing they can do until then.

Yep it’s all down to Nvidia, heh

This is amazing and I’ll be watching this closely. I’ve
been keeping an eye on the scene but this is a great all in one thread. Thanks for making this @Rich!

Pre-orders open later this week apparently. What’s interesting here is the OTG dongle designed for it plus the fact it obviously boots backups.

Unfortunately it’s team Xecuter and they only really make things for one purpose. I am excited to see card emulation working for loading legit backups though!

I’m all for modifying hardware to make it more capable. But really hate when people crack it for the wrong reasons.

If I could offer a silver lining here. I hope this pushes the switch to upgrade to the new chip and add some features sooner than later. I don’t really like the idea of buying a new switch but there are some obvious short comings of the platform and having the more powerful (less hackable) tegra chip could go a long way.

Of course it is also possible that this forces a hardware revision faster then they wanted to, making them want to get it out as soon as possible and skipping on adding any new features and just providing a fix for the exploit.

Either way, I kinda feel like I should be buying a back up model now just to have an extra that can always be unlocked in the future.

First video of lakka up and running. Full speed retroarch. N64 seems to run no issues (other than its currently stuck in portrait mode and without framelimit!!) 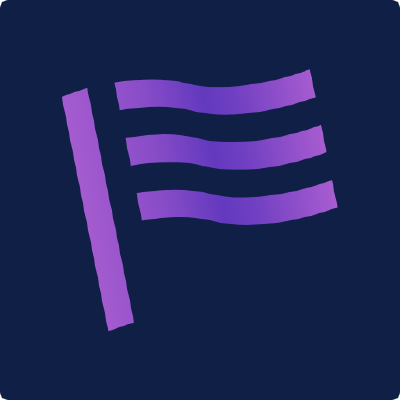 Fast and simple homebrew save manager for 3DS and Switch. - FlagBrew/Checkpoint

Same as the 3DS app equivalent. I’ve just backed up all of my saves using it, took no time at all:

Also, just had some messing around with the save editor for Zelda…!! https://www.marcrobledo.com/savegame-editors/zelda-botw/

And also, definitely give pfba a go. Works a dream, sound included, full speed with everything I’ve thrown at it:

The vita scene waited until after Sony said the vita was dead to release their exploits. I thought that was honorable of them considering piracy killed the PSP in the west.

@Rich Nice to see Lakka up and running. That’s probably the route I’ll be going with my spare switch since it should, theoretically, offer the best emulation performance.

Yeah, but this isn’t the switch scene that’s releasing the exploits that enable piracy…fusee gelee (exploit) wasn’t even due to be announced/revealed yet but then it became known that team xecuter had discovered the same entry point. Became a race against commercial piracy at that point. And commercial pirates have no morals

Very true. Any console as wildly successful as the switch is going to be a hot target. The vita was pretty much DOA here.

Um,will this be able to run the full Retroarch CRT shader set? If so,then holy shit. Both handheld and console emulation with those shaders would be amazing.

It should be able to!

Handheld and docked
A multitude of control options
A large scene

Nah, I can’t imagine the Switch having anything like a good enough GPU to run shaders with a lot of passes like CRT royale at 1080p.

Yeah definitely not CRT Royale from my experience using the more intensive shaders. Something simple like the aperture shader should run fine though. Outside of docked mode I doubt the more complex CRT shaders would look as good as something like the interlacing-phosphor shader to just add some scanlines when appropriate and some bloom between lines. Recently I’ve become not the biggest fan of the imitation CRT shaders. I think I like just the simple upscale and hybrid scanlines approach

Ditto, I think the pixel response times are still too slow for them to look good in motion. I don’t even bother with emulating scanlines anymore as they too fall apart when there is vertical scrolling on a horizontally orientated game, just turns into a blurry mess.

The interpolation options on the Super NT made me look into if there was a similar option in Retroarch and have found that the Pixellate shader does just that so am quite happy to stick with that for now. It’s nice just to be able to set everything into full screen 4:3 and have all the non uniform pixel size issues effectively eliminated.

I can’t imagine interpolation looking good. Got any screenshots of it?