I was thinking about how some games had their difficulty altered for certain regions. For example, western versions of Japanese games sometimes had an increase in difficulty. I think one of the main reasons for this was due to video game rental being quite prevalent in the West. Publishers feared people would just rent their game, breeze through it in an afternoon and return it to the rental store, their thirst for the game satiated, meaning that a potential customer was lost. Increasing the difficulty was a way to make those games take longer to complete, making it slightly less attractive for players to rent those games instead of buying them. However, a side effect of this was that paying customers were often left with tough as nails games that were frustrating to play due to their difficulty.

Konami was notorious for this practice. The western versions of games like Contra III, Contra: Hard Corps and Bayou Billy are much harder than their Japanese counterparts. Even their arcade games weren’t immune to this! Take Metamorphic Force for example: the Japanese version uses health bars, while in the western version health is represented by numbers ticking down constantly (like in Gauntlet). 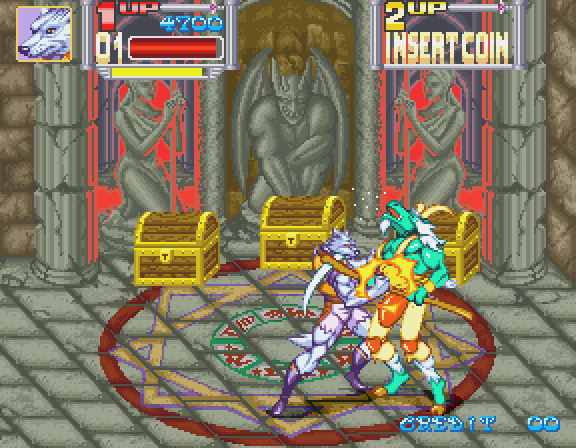 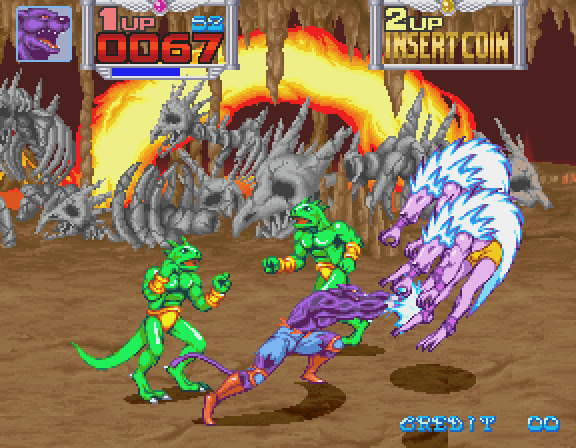 Another famous example is Streets of Rage 3. Not only were the graphics of the western version altered/censored, the difficulty was also a lot higher than in the Japanese version, Bare Knuckle III.

Do you guys have some more interesting examples?

I’m pretty sure NES Ninja Gaiden III only gives you 5 continues while the Famicom version has unlimited continues.

Just looked it up on The Cutting Room Floor, and you’re correct. In fact, Tecmo went out of their way to screw over western players, difficulty-wise!

The game was made drastically harder for the US version, through various means to extend gameplay time:

Working Designs localizations were notorious for this.

Silhouette Mirage and RayStorm on PS1 come to mind.

Another is Dynamite Headdy from Sega/Treasure on Genesis.

Difficulty by Region - TV Tropes has a bunch

As well as the rental stuff, I feel like game difficulty was sold as a good thing back then by magazines and ads.

People would boast about beating ‘hard’ games in our versions of Nintendo power here. And reviewers used to score down games for ‘poor value’ if they were too easy. I remember an SNES Aladdin review that said ‘this game is pure joy and perfect, but it’s too easy so 6/10’.

Very rarely did balance and fairness come into it. so perfectly balanced, compelling games like Contra set the standard for ‘hard’ games, but c-grade crap that was hard because of bad hit boxes and cheap unfair damage/deaths got in on that hype for free. So publishers of Japanese games were happy to ruin their balance to get the hard ‘cred’.

Yeah, I remember certain magazines having ratings for “lastability”, so that could have also been a reason for publishers to artificially lengthen their games. 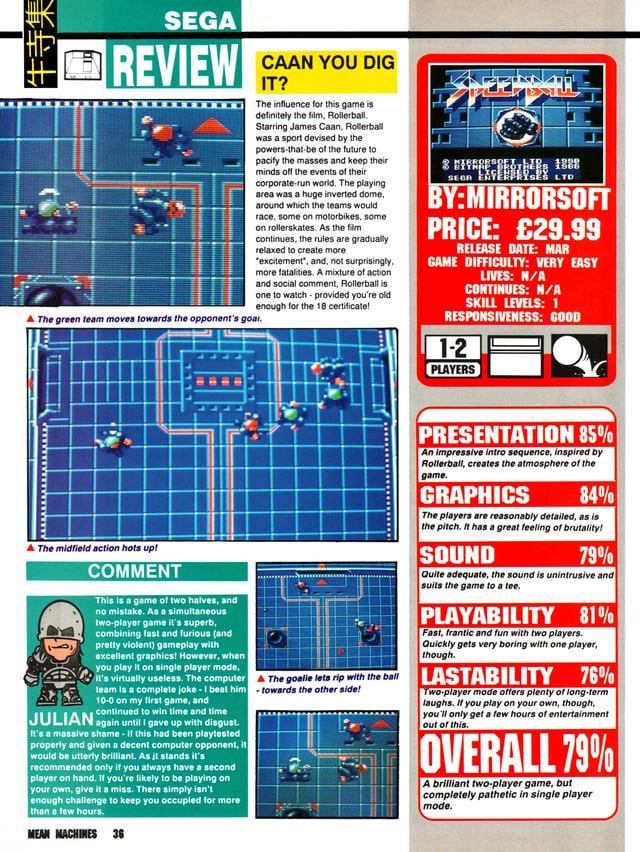 Interestingly enough, according to that list the western versions of some Master System games had the tendency to be easier than their Japanese counterparts!

A lot of the time when it got easier in the west, it was basically just a later rebalanced version, because the Japanese version was almost always first. An opportunity for more playtesting and feedback to fix it up. The PAL version got another round beyond that too in some cases.

But when they got harder, it was a deliberate decision to just make it harder, probably at the request of the western publisher.

I’m just glad the western version of Wonder Boy in Monster Land was a bit easier than the Japanese one. I don’t know if I would’ve been able to complete it otherwise!

Famicom Battletoads seems to be easier than its western counterpart.

Super Street Fighter 2 Turbo is one of the harder fighting games to play through. The input reading by the AI is out of control.

The Japanese version (SSF2X: Grandmaster Challenge) is much more lenient and won’t try to cheat as much. Still difficult though.

This is probably the same for a lot of fighting games back then.

Yeah, I was quite disappointed when I found out it was only possible to select the western version of SSF2T in Street Fighter 30th Anniversary Collection. That game is just not fun to play (if you’re playing against the CPU, that is).

It’s why I got the Japanese version

The GBA version of Street Fighter Alpha 3 did this unfairly.

I played the GBA version years before playing the arcade version, so I struggle to remember if there were any differences difficulty-wise.

The USA version had the difficulty tuned up by half I could easily go four or five stars in the Japanese version but the USA one I couldn’t get past two.

It’s a western developed port, so more likely they dialed it down for Japan, even though it looks like it made it out in Japan first. Pretty typical for western versions of fighting games to have higher single player difficulty.