Bit of a change of pace this time as I don’t have many recommendations of my own to contribute and kick off this thread. What your favourite games in this racing sub-genre, where the main focus is on driving Japan’s famous winding mountainous passes?

I started playing Sega/Cavia’s Initial D: Extreme Stage this week but came away disappointed. They dumbed down the driving mechanics too far to the point where just moving your analogue stick a couple of mm is enough to make your car start an exaggerated drift in the same way you would if you used the brakes or manually switched gears. While the night-time and rainy battle races serve up a fun challenge, the simplistic driving model fails to satisfy hours into the game. I’m hoping Sega Rosso’s Initial D: Special Stage on PS2 has more character to its handling.

Haven’t played enough of these in the past to remember much:

Incidentally all three of those were some of Cave’s earliest works before they specialised in stg development. Genki seem to have released dozens of these games too in the 90s and 2000s!

I was watching videos and reading a bit about Initial D for the PS3 because I was interested but most people seem to say that those games aren’t as good with a controller due to the controls or I shouldn’t bother if I don’t know/care for the anime.

Never played an Initial D game so Inreally don’t know what to expect.

Yeah, I wouldn’t recommend Extreme Stage on PS3 for the reasons I mentioned above - it could well be better with a wheel but with a controller the handling lacks any kind of nuance at all.

If you haven’t already do check out the embedded video above, you can see just how easy it is for the player to enter a drift, just my turning the car normally. So I presume the fun comes from mastering controlling the drifts themselves, which hopefully is more satisfying with a wheel.

I had a Genki phase and bought most of them. But I don’t particularly remember any of them, which isn’t too reassuring.

Same here, apparently I own a couple but I remember nothing. Genki certainly churned out a lot of racing games like a factory.

I started Initial D Street Stage on PSP, but there’s not much appreciably different from the PS3 game in the racing.

The handling requires a bit more effort to start a drift, but only a bit. Otherwise the game’s structure is extremely similar, meaning your choice of car and car upgrades determine your chances of winning more than cornering skill, due to the vast differences in performance between models.

I’ve also got Special Stage on the way for PS2, that one actually has an arcade mode, so hoping the grinding/unbalanced car garage stuff is well and truly out of the game.

I read Genki had a hand in Daytona USA on Dreamcast!

Ooh, do you have a source!

And I just remembered they helped out with GTI Club on Wii/PSP, amazing port.

In cooperation with: Genki Co. Ltd. Ha, I was just trying out Wangan Midnight Portable (PSP). It was developed by Genki as well. (I didn’t find it all that good in a short session)

Side note, do they have the worst developer logo? lol, maybe one of their children drew it for them? 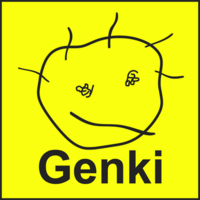 Ahaha, I’d love to know the story behind their logo.

Did you play Street Supremecy on PSP? That one was Genki too and I think based off Tokyo Xtreme Racer but publisher Konami renamed it does it’s western release. Haven’t tried it but it seems like it might be better than Wangan Midnight Portable?

Did you play Street Supremecy on PSP?

I haven’t. Based on a quick search it looks like it tanked in reviews. Screenshots make it look similar to Wangan Midnight. Neither are touge racing games either so maybe we’re drifting (hehe) a bit off topic.

I searched around for more touge games and didn’t see many outside PC modded games (rFactor) with Initial D/real life locations. That said, I’d love to thrash around the Gunsai touge (BEST MOTORing/Hot Version) if it was a mod.

Tommi Mäkinen destroys the Gunsai touge! [be sure to enable subtitles]

I love how he leaves Orido and Tsuchiya in the dust on his “warm up” lap, lol. 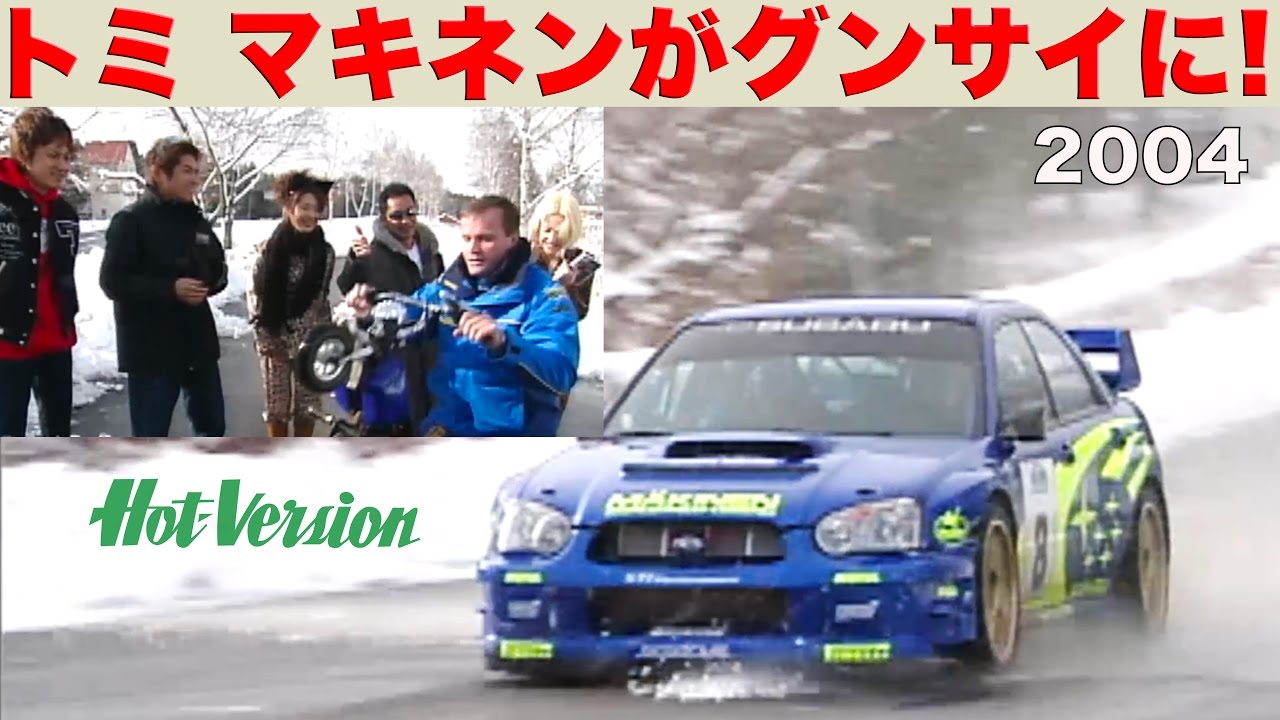 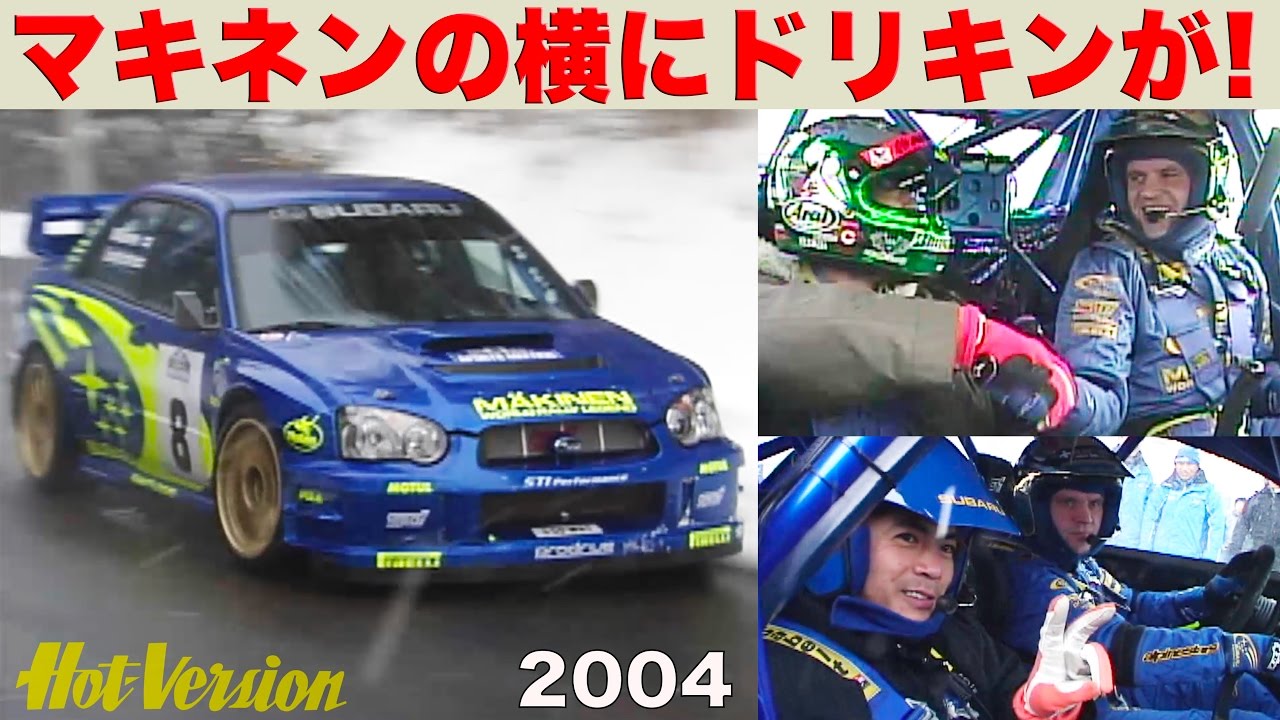 Those were amazing videos.
Tommy is the man, for sure.

With @matt on a Runabout spree and my copy of Runabout 2 still on its way, in the meantime I’ve been checking out Taito’s Side by Side Special 2000 on PlayStation for some NeGcon love. But to my surprise it’s also a Touge racing game - plenty of winding, mountainous roads, with cool variations between each circuit as you race the same layouts in different seasons and months.

It’s good fun, arcade mode is straightforward enough: Pick a circuit and finish it in as high a rank as possible while being sure not to run out of time. The AI isn’t rigid - it’s possible to run out of time while at the front of the pack. The course variations feature some surprises, moving from spring to summer might see long stretches of tarmac replaced with sandy beaches and muddy tracks.

Unfortunately, the NeGcon support isn’t great. Despite there being three different control options, none of them let you use the digital buttons for acceleration and braking, the NeGcon’s analogue buttons make it extremely unwieldy to play while twisting the controller. It’s a shame because the calibration is spot-on.

Cave and Atlus’ Touge Max G, the last game in the series on the original PlayStation, is really good!

The handling is spot on, these cars can be flung around corners with as wide or short a turning circle as you like - so long as you know what you’re doing. There’s a fair amount of unpredictability at first in the handling then, until you get used to things, but that’s what makes it so satisfying.

King Battle Mode is your usual one on one races but the game’s eight courses have great variety to them, it’s not just mountain passes, though even those have fun variations, like snowfall impacting the road surfaces. One highlight is set at nightfall in a docks/port, with plenty of right-angle corners.

The Gymkhana Mode is also excellent.

Hands down my favourite Touge-focused racing game to date.

Spent more time with King Battle Mode in Touge Max G, once you get past classes A and B (for light and medium vehicles respectively) class C with its heavy vehicles is extremely challenging.

You have to master the handling and each course to stand a chance of winning, but you can also try to block your opponent to get speed boosts if they are attempting an overtake, leads to some close finishes which never feel unfair. You’re not penalised for running into your opponents which is good.

I must have spent a couple of hours on C class alone and only managed to win two races!

Been revisiting Touge Max and Touge Max 2 as well on PSP via PS Classics.

Touge Max has arcade-style handling and it’s hard not to have fun with it, however without a NeGcon the handling is much too unpredictable and twitchy. But it’s still pretty unique, the cars (especially the FWD ones) have this bouncy feel to them which makes navigating windy roads really fun. There just isn’t much variety to the three courses beyond their themes, and this may be down to how the roads are rendered in the first place, it’s more like a 3D version of the super scaler racers than a racer made with 3D in mind, if that makes sense. Gymkhana mode in this is a create-and-share track editor presumably designed with friends in mind. What they’ve programmed here is neat but without a time machine back to 1997 Japan it’s hard to judge how it worked in practice!

Touge Max 2 is the exact opposite of Touge Max G. I was shocked by how far developer Cave moved from its predecessor’s arcade trappings.

In Touge Max 2 it’s almost impossible to make any corner without braking or anticipating it in advance, and that’s with a FWD car! It’s a slower game than both its predecessor and successors. There’s no restriction on car class across King Battle Mode’s three difficulties so you could probably fudge it until you get to the hardest setting.

I’ve been playing Touge Max G also. Mostly as research for my own game.

So I finished Gymkhana mode on Easy, Medium, and Hard. Great fun. About half my time was spent experimenting trying to find the right car for me to approach each course depending on the target time and layout of the track: are there more manoeuvres or straights? The other half of my time trying to do it fast enough. Then, after all that, you unlock Expert and a special car, and it goes up a gear. I’ll get back to you on that.

I’ve been playing on Beetle PSX HW emulator with the graphics @2x which, whilst not original, makes the course much easier to see. And you realise what amazing work the artists have done on this game. The interior of every car has been recreated, so you can see the dashboard all lit up. It’s quite something, especially when it wouldn’t be anywhere near as obvious at original resolution.

I’ve set up my PS2 again and I’m looking forward to getting back into the game! Need to try NeGcon again. Have you got any handling adjustment tips for gymkhana?

Or is it fine to just mess around without knowing what I’m doing? I should have been paying attention in Touge Max 2’s Driving School!

Other question, is it possible to clear Hard on gymkhana with lower class vehicles? Wasn’t sure on that, just found it very difficult overall.

Also started Touge 3 on PS2, which adds a race mode (against two opponent) for each location in addition to King Battle. It’s a lot more realistic this time around, both in structure (you choose a prefecture or region of Japan) and in how it plays. In first person mode everything around you appears “bigger”, if that makes sense.

Have you got any handling adjustment tips for gymkhana?

Yes, it should be possible. The car you win completing Gymkhana is a light class with fairly average stats. But I changed cars often just for kicks depending on how I wanted to approach each stage.

Thanks! Going to give gymkhana another shot this weekend. Regarding the speed penalty during sharp drifts, I think the sound effect of your tyres changes once you transition into a drift that doesn’t maintain your speed. Picked that up during king battle mode!

Yes exactly! You can do it no problem.