Super Monkey Ball on Gamecube is so insanely good

I just threw this game in my GCN for the first time in over a year. It’s a game I’d always heard about but never played until around 3-4 years ago. And since then it’s quietly become one of my favorites. And revisiting it today just felt so good.

Even though I missed it at the time, I imagine this game must have melted faces during the Gamecube’s launch. It has gorgeous 480i visuals at a rock solid 60fps with such lucid controls that feels so darn perfect on a CRT. Sure, after seeing games like SoulCalibur on Dreamcast 2 years prior, the impact may have been lessened. But if you were waiting on a GameCube as a Nintendo-only gamer, this must have felt like quite a generational leap at the time over the N64.

Even with the interlacing, on a CRT this game has such a clean and fun look with such a pure premise. The graphics serve the gameplay and create a fun party-like atmosphere.

And the the controls perfectly map to the GCN’s analogue stick feels almost akin to what Mario 64 was to the N64’s analogue stock. Or what Wii Sports was for the Wii Remote. It’s simply a perfect marriage of software and input device.

I still never beat the hardest difficulty level. But every so often I try to press my luck to see how far my skills can take me. It’s a great example of using “lives” as a proper arcade-like mechanic to keep you coming back and trying to improve (something lost on many modern gamers).

I think it’s secretly my favorite Sega game ever made.

Couldn’t agree more with the sentiment. It’s still my go-to game on GameCube, it’s the only I revisit every time I plug in the Wavebird and memory card into my Wii.

What makes it still the best in the series today is the focused level designs, the difficulty curve is pitch perfect, and for the most part, each level offers a fair challenge that also encourages you to better yourself with its alternate end-goals or routes (the guitar strings level in the third world is probably the most famous). The only game that came close to offering this quality of level design was Banana Blitz on Wii, but that game took too long to get challenging and it didn’t have the same arcade level structure.

From what I recall, if you die enough you unlock unlimited continues, and that’s still the only way I beat Expert - back in 2002. Haven’t managed it again since losing my save file and having ‘only’ a few limited continues!

It speaks a lot for the quality of the arcade game that we haven’t even mentioned the mini-games yet, and those were quality! Monkey Target in particular - the music still gives me goosebumps today. 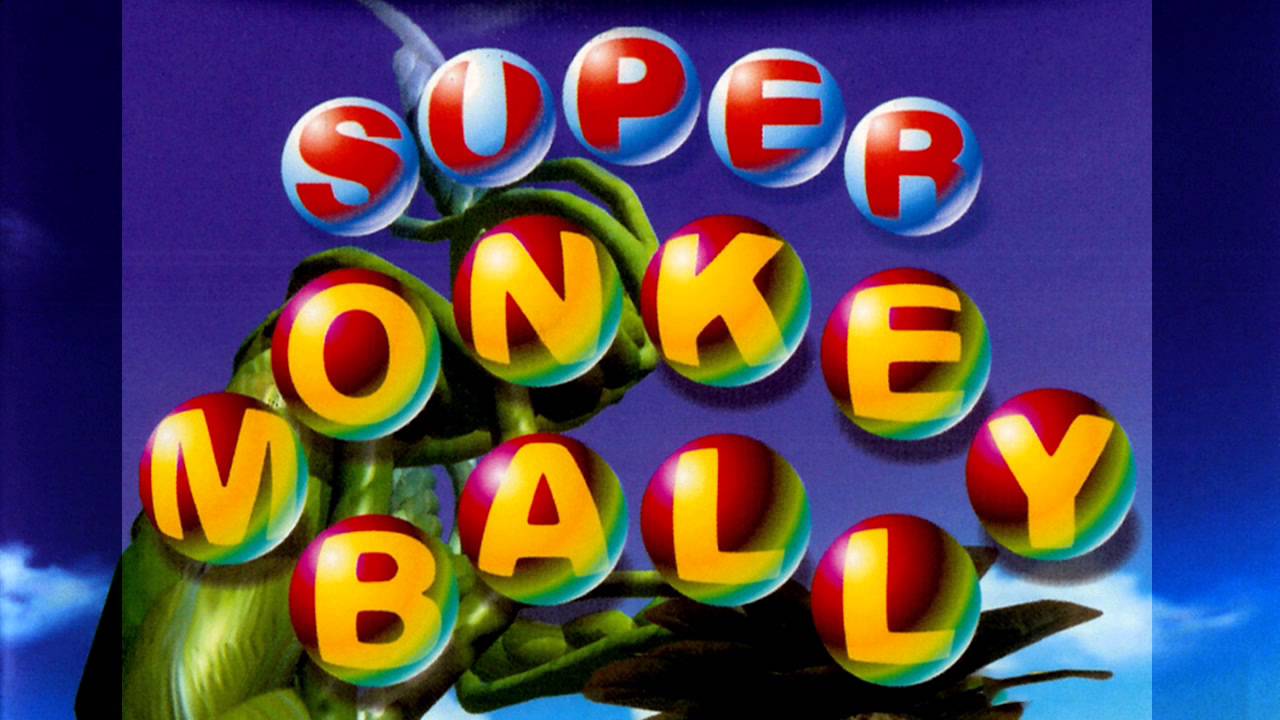 This was the reason I bought a GameCube. My contemporaries thought I was crazy. Those who knew me best understood. It’s a perfect example of everything I love about gaming.

I remember an old school friend visiting and we spent a whole Sunday trying to ace Monkey Target. He had to leave to catch his train home and I managed it shortly after he left. Euphoria!

Banana Blitz has spoiled things a little because it looks so much better. But you can play both GC games and Banana Blitz in 480p on a modded Wii.

joe reddifer, is that u

Oh wow… it’s one of those games I’m sure I own but picked up later just when trying to fill out my collection, and I’ve neglected it. Guess I better give it a go now!

Started a run on Expert tonight, let’s see how far I go…

Cheers for making this thread @Peltz, in the 18 years since declaring this game beaten I never thought I’d actually go back and clear Expert again! Always settled for Advanced whenever I played it again. But this thread gave me the motivation to give it another proper go!

Game is just as fun and challenging as I remember, but Expert was - surprisingly - easier than I anticipated. The first 30 levels I found much harder than the remaining 20, so if you’re despairing in Expert rest assured it actually becomes more manageable. There’s just a few stages in there that are guaranteed to eat up many continues.

When I finished stages like this on the first go it really made me appreciate the GameCube analogue stick and how well tuned the game is for it despite its arcade origins.

Just beat Expert for the first time in my life last night. WHAT A RIDE!!! That feeling you get when you finally beat a stage that tortured you for so many attempts is the greatest feeling.

I started Super Monkey Ball 2 this morning and it has the same magic in the Challenge Mode. Story Mode is bizarre, but also sort of works in that bizarre Sonic Adventure type way. There is cheesy dialogue and cutscenes that make no sense. But the level design is great once you get past the first world or two.

It’s so good! The final world theme really conveys the seriousness at that point, tough stuff.

Didn’t realise you hadn’t played Super Monkey Ball 2, I’m interested in what you make of it, particularly the later worlds which I never enjoyed all that much due to the over reliance on trial and error over skill, despite the architectural cleverness of the level designs. Felt more like a puzzle game.

You and me both! I have the game for sure, but have never booted it up. I’m a huge fan of several time based games like this though, so it should be right up my alley.

If any of you are looking for something to try out when you’re done with Super Monkey Ball, here are my favs.

Nimbus - gravity/gliding in a little ship across levels in this indie masterpiece. The puzzles and progression of this is exactly what your post reminded me of, @Peltz. I think it’s ten bucks on steam.

Marble Blast Gold - bar none the fastest, best, biggest marble platformer ever. Incredibly good fun. The large following of this game has lead to a couple modern titles that try to capture the same spirit like Marble Skies. The speedruns of this game are mind melting. Free game on marbleblast.com

Nimbus - gravity/gliding in a little ship across levels in this indie masterpiece. The puzzles and progression of this is exactly what your post reminded me of, @Peltz. I think it’s ten bucks on steam. 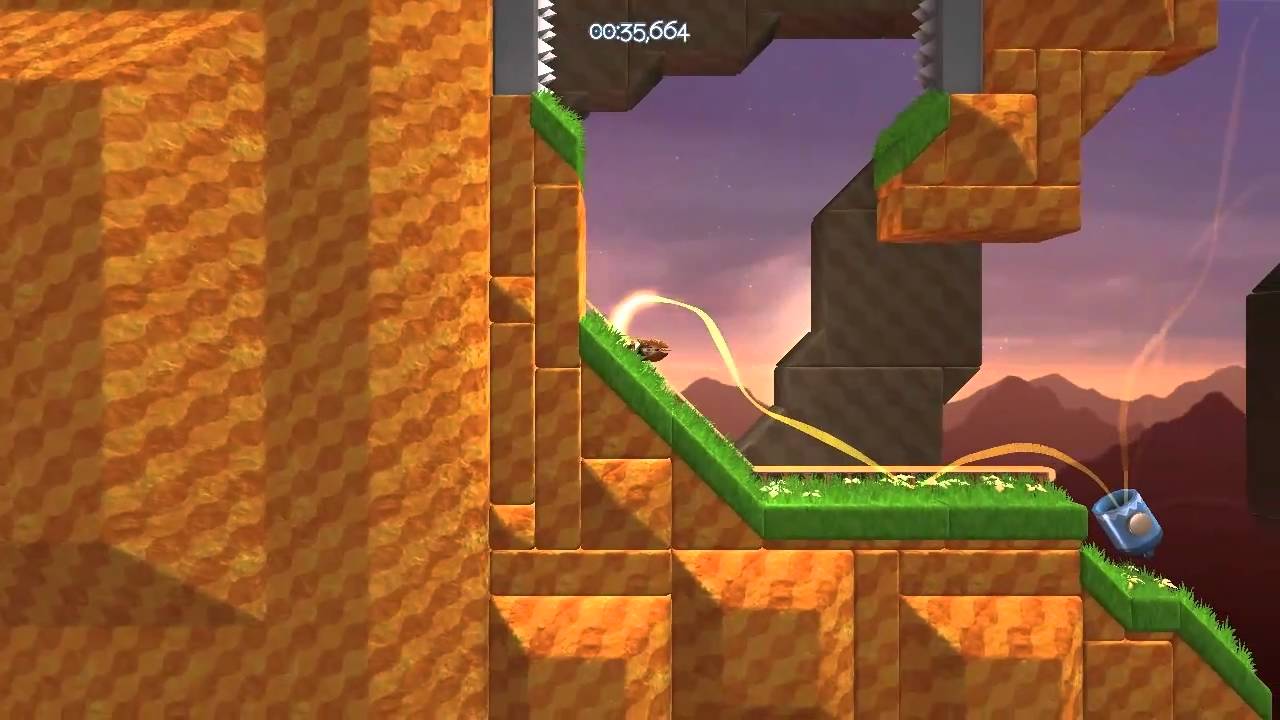 I’ll definitely check these out after I’m done with Super Monkey Ball 2.

I liked it so much I even wrote a small review about it back in 2011. It’s pretty terrible writing, but oh well.

Nimbus is Gravity Done to Perfection – He Who Retro Gamed

Beat Super Monkey Ball 2’s story mode today. Those levels got very gimmicky by the end, but ultimately it was a very very amazing experience. I really enjoyed it. Definitely need a break from this series for a bit though

Never managed to finish story mode, I think I got to a laboratory world near the end of the game, which late-game levels did you find to be easy wins? (overemphasis on the easy there…)

In the last world? Almost none of them lol.

All I remember is a level with a word reflected on a wall in the distance, and you had to read that to find the path to the goal. Not sure if I beat it or not. Next time the GameCube is out I know what I’m doing…

That was the second to last level for me… You’re really on the cusp of beating it. If you got that far, nothing at that point should impede your progress. There was trickier stuff earlier in the game.

Why do I get the feeling that now Super Monkey Ball on GC will jump up in price?

Still not actually played the series and maybe I should give it a dip?

Definitely grab it. If you like F-Zero GX, this is basically the same flavor of tight, perfect gameplay from the same team.