What game are you afraid to replay?

What game are you afraid to replay, because it might ruin your memory of it?

You know the saying "Never meet your heroes*?

For me it’s Final Fantasy VII

I was never able to get into JRPG games as a kid. Maybe they weren’t my type of game, maybe I was too young to appreciate them.

FF7 changed that for me. It was my first completion of a JRPG and still my favourite one ever.

I played through it not long after it came out, maybe a year or so after release. I used my brothers playstation, and our 27" curved screen Sony television. I wish I still had that set.

I thoroughly enjoyed the experience, and it changed my views on JRPGs forever.

Once I was done the game, I felt like the game had a lot more to offer with extra materia and other things to do. I went to the computer and found a complete walkthrough and printed it out, with the intention of doing everything.

My second playthrough I did just that. I did every quest, got every materia, and I even bred Chocobos to get the gold and black ones.

Fast forward to this year. I was hanging out with my brother at his place, playing some retro games on his various old computers. He had his playstation (exact same one he bought back in the day), and I decided to boot up FF7. Lo and behold, the same game I used when I was probably 18 years old was right there, untouched on his memory card since I last put the game down.

I asked him if could borrow the memory card for a while, to try and copy the data and preserve the save file, and he obliged.

I wanted to play through it again, but honestly I’m a little afraid to. I don’t want to change or tarnish one of my most treasured gaming memories. I know it’s a great game, and I know I would enjoy playing it again, but 20 years from now, I want to remember my original playthrough, not my revisit.

Journey and Fez. One time through those games were perfect. Fez I did 100% and it was a powerful experience.

But revisiting would probably expose all the flaws.

I only played about 45 mins of Fez… I couldn’t get into it. I know I should revisit it though, it’s a really unique one.

The music is really incredible. And there are some very interesting secrets and lore with it. Discovering the hidden stuff is what makes it great. The platforming isn’t really the point as it’s really just there to get you from point A to B. I don’t want to spoil much other than say, if you play with a pen and paper handy, eventually you’ll figure out how to get the most out of it.

I will revisit it, thanks for the push I needed!

Did you read the recent (this month, April 2022) interview with Phil Fish? There are still secrets in Fez that have yet to be uncovered. 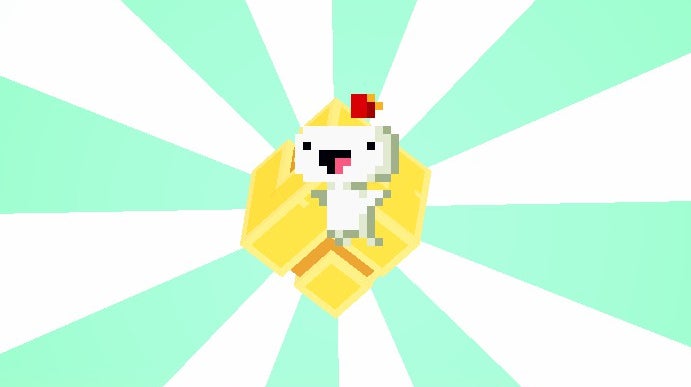 Fez at 10: A rare interview with Phil Fish

Yesterday, I published a piece looking back at 10 years of Fez, and while writing it, I couldn't help but wonder what t…

Lots of stuff where the tech was the big selling point. And if everything they had has been done better since they lose it all.

Lots of console FPS have this for me. I played Farcry Instincts on original Xbox, and it was amazing looking for release, but now it’s quite plain. Halo 2 also just looked bad when I went back. COD4 was quite awkward with its scripted encounters.

there’s a lotta RPGs id put here - Xenogears comes to mind. i finally replayed Phantasy Star IV this year and it was amazing, Suikoden 2 didn’t hold up like i’d wanted but i was in a bad place early in the panedmic or so with that one

all these remakes and remasters lately have shown me just how many games i treasure, but didn’t replay since finishing them at launch. i don’t know if that’s so much fear as it is wanting to put time into newer unfinished things?

oh! another good example might be sonic adventure 1 & 2. there’s so much dumping on them now and maybe i don’t wanna tear away the magic of playing 1 on 9/9/99 and having it knock my socks off

I love the concept of this thread. For me, I’d say Skies of Arcadia. I had a great time on that when it was out, but I know that replaying the original would probably irritate me.
A slightly modified remaster with QOL enhancements (save anywhere option) and I’d be all over it.

On ths opposite spectrum, this thread has made me think about games I replayed and regretted doing so.
Specifically Tenchu on the PS1. I oved that game and played it to death. But now when I replay it, all I can think about is “How did I put up with these unwieldy controls to Grandmaster every level???”

How come, because it’s so difficult?

Oh I got another one - every animal crossing game.

Thise are one save file-style experiences. Restarting would go against their spirit in my opinion.

It’s better to revisit an old town years later than start from scratch.

Metal Gear Solid 4 - I loved this game when it came out and overlooked the jank. I was also about 18 when it came out so I loved most of the story. I think if I went back, the jank and cutscenes would be overwhelming.

Red Dead Redemption - thought this was a great game at the time but I tried playing RDR2 years later and wasn’t feeling it. Makes me wonder if I’d feel the same way about the first.

Street Fighter IV - loved this game at the time because it marked the return of Street Fighter and it got a lot of people back into 2D fighting games. I also loved how it led to a big arcade stick culture, and a lot of great sticks were made during that time. It was also fun to watch competitively for a few years. While I’m not a fan of V, I don’t think I could go back to IV either.

I think I could go back and play pretty much anything I enjoyed from the pre-PS360 generation for at least a little while. PS360 just happens to be one of the jankiest generations imo. Maybe my mind will change on that someday as the systems become more retro.