Favorite retro games you first played as an adult

Many of the retro games we most enjoy come from our childhood/teen years as our gaming tastes were developing. I would imagine that most of our favorite retro games come from that period. However, there are some retro games that we really get into in our adult years, whether it be because certain games are too expensive for most kids to obtain or we dig deeper into game libraries and find out about more obscure games.

What are your favorite retro games that you discovered as an adult? I gained interest in retro games at a fairly young age so I had at least sampled most games you would see in “Top 10 X” games lists, but these are some of the games I can think of:

I had heard of the Darkstalkers games and had played as a few of the characters in the Capcom Vs. series of games, but I never thought to play the actual series. I picked up 3 on Saturn last year and was pleasantly surprised about how good it is. It’s fast and fluid like a 90s Capcom fighter and has a cast of weird and interesting characters. I’m always hesitant to buy old fighting games because they often lack modes outside of Arcade and Survival and it’s hard to find people locally who A) have heard of the game. B) are interested in playing it with you over a more popular multiplayer game and C) are at your skill level. Fortunately, this game is surprisingly cheap for a quality Saturn game so I took the plunge and was happy I did.

I hadn’t heard of this game until 7-8 years ago but it’s a Game Boy Color, Japanese-only followup to the very underrated Pokemon TCG for GB/GBC (black cartridge). I finally decided to play through it last year, and it’s exactly what I hoped it would be. As with the first game, the second game has a story mode where you walk around the environments and face duelists to save the world somehow (I think). The story in the 2nd game is pretty lazy admittedly, as the game uses a lot of the same environments and the story is comically lame. It’s the dueling I’m there for ultimately, and that’s where the game shines. It plays like the original, only it has more expansions (primarily the Team Rocket expansion from the real life TCG). This is great for me because I was tired of using the same limited pool of cards in the first game. Most retro gaming fans haven’t played these games in my experiences but I’d definitely recommend them both, as they’re fun and teach you how to play the TCG if you haven’t played it before.

Those are what came off the top of my head - I’ll post more as I remember them. In the mean time, post yours! Everyone’s lists will look different because we all became adults at different times (2008 for me)

Almost all Japan exclusives. There was almost no such thing as importing until ebay came along in the 2000s. The only import games I had as a kid were Ganbare Goemon 3 which a friend brought me from Japan, and a couple of US games like Chrono Trigger which a local store which had a few imports brought in.

Probably my favourite Famicom/NES game of all time (well, after Contra) is Arumana no Kieski

First time I really sat down to play any Castlevania game properly was 2014. So I’m going to go with Rondo of Blood and Castlevania 1 on NES. I had tried other games in the series for a couple levels before on emulators as a teenager but never really got it; I hated the controls and got frustrated with the difficulty pretty quick. But with an adult’s patience Rondo was a real treat.

I didn’t know about Puyo Puyo until my wife introduced it to me back in 2012 with Super Puyo Puyo 2 Remix. Since then we’ve played countless hours together on SuFami and both of us got into playing the Arcade version single player via 3DS Sega Ages. I like 3/SUN a lot too but 2 I’m so enamored with that I’m trying to pick up every variant on every platform out there.

Final Fantasy 6 and the first Phantasy Star. Not done with them either, but they have been absolutely fantastic to play and I never did back in the day.

I was 18 when Pokemon was first released for the Gameboy, I didn’t have a Gameboy at the time, I was busy working and learning to drive, any games I did buy at that time were for my N64. I remember seeing the reports of the Pokemon craze on tv, I considered it to be a kids game which would fade out like pogs or tamogotchi. I didn’t know anyone that even owned a copy of Pokemon so it completely passed me by.

My first Pokemon game was Fire Red which I bought around it’s release date, I must have been about 25/26, not long after we bought our first house but before our first child, so there was plenty of free time to play.

Strangely enough, I just bought another copy of the game last week and I’m currently replaying it but this time with the luxury of an ags-101.

Over the years I’ve enjoyed playing most of the Pokemon games, up to around gen 4, I’m not really into the newer Pokemon games, too many new Pokemon and I’m something of a purist, I prefer the original Pokemon.

This thread doesn’t make sense for me since I grew up playing every ing Retro when it was new.

Hmm, I’d say that one of the oldest games I’ve played in my adult life when I wasnt a kid are those found on the Super cassette vision by Epoch. There’s a pretty cool space invaiders game on that system which I really got in to a few years back.

If you mostly like old Pokemon you should try the spinoffs from 99-01 - many of them are really good!

Pretty much anything SNES since I never had one growing up. The likes of Earthbound, Chrono Trigger and Final Fantasy III in particular since they never came out here until much much later as digital/DS re-releases.

I’m not sure Earthbound in particular would have hit me as hard as a kid or teen as it did at the time I played it when I was going through a hard time around age 25.

This is weirdly similar to my first time playing through Earthbound all the way through. I was 25 and couldn’t get out of bed for health reasons and I played through EB on my Wii U GamePad

What a pleasure to discover so much high-quality games.

Night Striker came out of nowhere for me. I first saw it on @SaturnMemories channel. A mix of Space Harrier with a Blade Runner aesthetic, It felt like a Sega Super Scaler game coming from Taito. With multiple routes ala Darius or Outrun, theres a lot of replayability and endings to see. And that Zuntata synth, what more can I say?

Too many to list honestly. Some notable ones though:

Layer Section - I this only two years ago and it made me a newly minted Shmup guy. My reflexes from Metal Slug games translated in a way I never knew they could. I love just about everything this game has to offer. It’s the complete package.

Elevator Action Returns - I recently got to play this when a friend brought it over and, let’s just say, I was again blown away by what was capable on the Saturn. It looks and sounds phenomenal. I just wish it had some more variety and boss fights.

Super Metroid - I didn’t get into this one until my 20s due to its slower sensibilities and more atmospheric approach over the types of games I typically enjoy. Enough has been written about this game that I don’t need to say much. It’s one of the best on the SNES.

F-Zero GX - cue the gif everyone loves. What a game!! It’s another one that needs no intro.

Sin and Punishment - I always loved treasure but couldn’t access this game until the Wii VC version. I loved it so much that I imported the original cart complete in box.

Paper Mario - I had this one as a teenager, but couldn’t enjoy it until I was an adult. I was going through a breakup in my mid 20s and just needed a light hearted adventure to cheer me up. I decided to give it another try, and I’m glad I did. It’s an easy game that is very relaxing to play. You can sort of just turn off you brain and enjoy the ride with this one.

The same can be said of Kirby’s Dream Land on Game Boy. I finished it in one sitting and just loved how simple and fun it was.

I’m probably forgetting some big ones but I really enjoyed these:

I liked text adventures as a kid but didn’t play this 1985 game until around 2002. This one’s unique as it’s not so focused on traditional puzzles but by “filming” your surroundings. 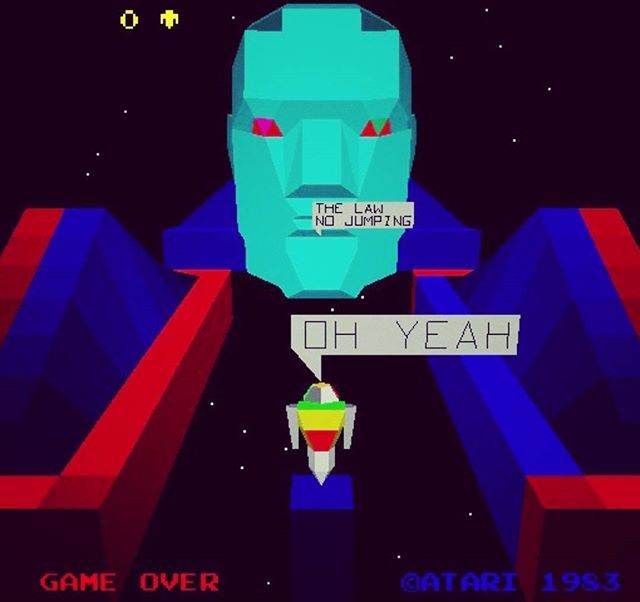 I was amazed by games like Hard Drivin’ so the fact that this polygon game was years earlier blew my mind. 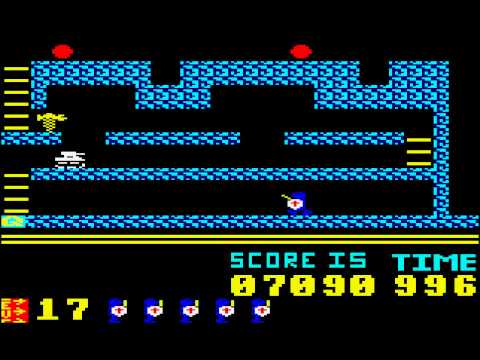 There was virtually no Amstrad or Spectrum presence in North America, and this was never ported to Atari or Commodore formats so I missed it. It’s not much to look at but it’s an addictive puzzle platformer. I really delved into it on a trip to Fiji and New Zealand a decade ago, and it was emulated on DS so it was perfect for travelling.

I played Phantasy Star for a bit in high school and gave up after getting killed by a scorpion. I finally decided to retry it 5 or 6 years ago and loved the series so much I got it tattooed on my arm.

So many routes to go with what to play in the series.

My absolute favourite is the original RE trilogy, 1-3.

But for a modern take to get a bit of best from all worlds I’d maybe recommend:
REmake, RE2 Remake and RE7. Lots of good variation for the genre and series.

I played most retro games as an adult.

So the question the other way around would be easier for me to answer.