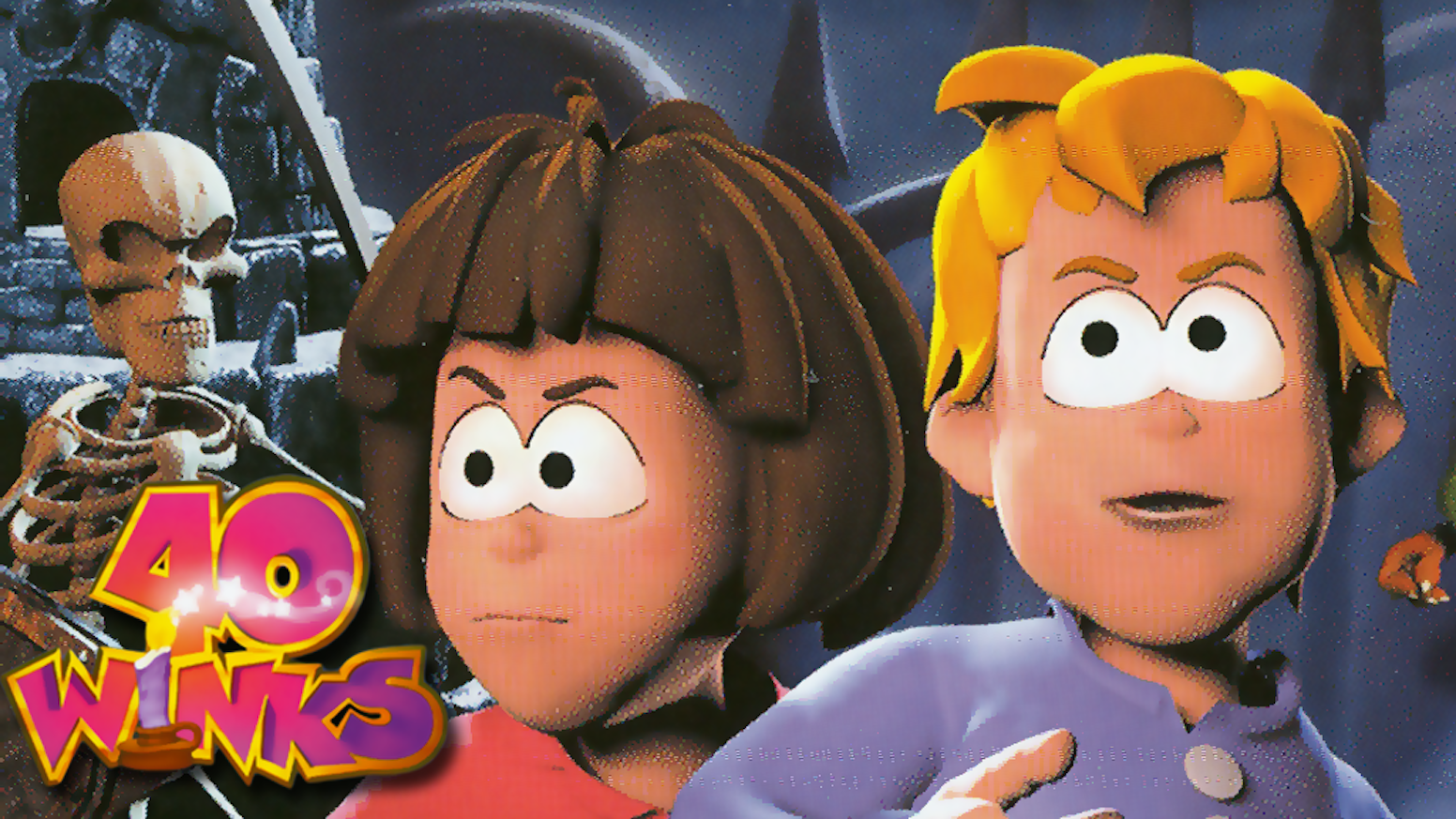 40 Winks is a Nintendo 64 platformer that was cancelled back in 1998 by publisher GT Interactive. Now is ready to release officially!

In 1998 GT Interactive commissioned Eurocom to create a game. This game was 40 Winks, also known as Ruff and Tumble in Europe. However, in 1999, due to a slew of bad decisions by GT Interactive, the company lost millions of dollars of revenue. These financial troubles plagued GT Interactive throughout the following two years.

To stay afloat, GT Interactive began downsizing operations and selling popular game franchises. Eventually the financial strain became too much, and they were acquired by Infogrames.

The Infogrames acquisition brought with it shakeups within GT Interactive including, but not limited to, cancelling projects and pressing the “kill” button on other games that were in development.

While 40 Winks was able to see release on the original PlayStation console, the Nintendo 64 port, which was under development around the time Infogrames became involved, was not as lucky. The N64 version of 40 Winks was cancelled and until recently thought to be lost to history and time itself.

Nearly 17 years later Piko Interactive have pulled 40 Winks out of limbo and plan to give it a fair chance to shine on the Nintendo 64.

So how much does my desire to have a brand new N64 game in 2018 outweigh my poor opinion of the PSX version? I don’t know.

Everyone knows we don’t buy games to play them anyways.

Zero dollars for me. But I wish them luck.

Does this game even have a following? It seems like a noble pursuit in theory only.

Does this game even have a following?

I don’t see much of a community built around it but I think it has more people out there interested than the very vocal detractors of the game would lead you to believe. I’m playing the N64 version right now actually but I owned the PSX version as a lad. It’s clearly not up to spec with some of the other 3d platformers of the era but while it might not live up to those kind of lofty expectations it’s still fun enough to keep me interested, if you can take your mind off of better titles in the same genre you could be playing and just appreciate it for what it is, it’s alright at the very least.