My Dreamcast is an NTSC-U model that I bought in the middle of the Dreamcast’s short life. It was a special order from a UK mail order firm based out of King’s Lynn, Norfolk, and is chipped to play import games. It has a replacement UK PSU and has served me well over the years. I’d resisted GDEMU, making do with a serial USB Micro SD adapter. But I eventually decided the ease of us and ability to play certain WinCE games like Super Runabout was enough reason to upgrade.

I ordered a bunch of stuff and then fitted it. There’s not much to say. The replacement lid release mechanism was the most difficult part to fit.

I wasn’t impressed by the noise reduction but after measurement it is as advertised on the fan box. But it’s far from “silent”. So, I’d say that the GDEMU is the only essential upgrade. You can probably live without the fan, riser, etc.

I noticed when putting the lid on that it increases the noise levels due to echo in the now much emptier shell. Quick measurements showed somewhere around 3dB. So I put some plastic board along the edge of the GDEMU effectively halving the inside space whilst creating a direct passage from the fan directly to the PSU. This idea isn’t mine, it was something I’d seen/read that came back to me when I heard the noise increase as I put on the lid. I believe it’s done for air flow reasons but I did it for echo noise reduction reasons. New fan noise measurement <20dB which is as Noctua advertise. 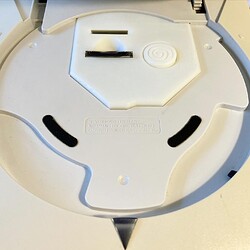 I had to open it up again afterwards to disconnect the mod chip as it was preventing the GDEMU from working.

I play a lot of Hanafuda

games. In the arcade these games share a control panel with Mahjong

. It’s basically a keyboard featuring the first half of the alphabet, presented in a long row of keys in alphabetical order. This makes playing Arcade Hanafuda games a bit of a chore without a bunch of keyboard remapping and emulator faff.

Some people were using arcade control panels connected to their PC. In Japan you can buy a custom electronics kit to make a usb Mahjong/Hanafuda controller, but it’s expensive at about €85 plus shipping and import duty. There had to be a better way!

I saw that a couple of old Famicom Mahjong games by Capcom were bundled with a custom controller. It was essentially two controllers in one, so won’t work with my controller adapter cables. So I wondered how easy it would be to convert one to USB? Posting on a NES developer forum helped me verify that it should be possible.

Christmas 2019 I bought a bunch of games from Japan and added a Famicom Mahjong controller to my order. It arrived, I put it on my to-do list, then a global pandemic happened.

Almost a year later I picked it up and decided to figure it out. I would need a little Arduino, a usb cable with data and power, and I’d have to write some Arduino code to poll the buttons a couple of times every update. Back in 2019 nobody had done this mod so I was in my own.

Just before I started to write code, I figured I’d do a quick Google search to see if anything had changed. And, unbelievably, somebody else had done this exact mod in February 2020 and open sourced their code. I thanked them and that meant the project was instantly half done.

I bought an additional Pro Micro (Arduino compatible) and set it up on a breadboard that made it easier for me to wire up a prototype and check everything was working.

Finally I cut the old controller cord and wired my new setup into the controller. It worked perfectly. I went back in to trim some supports and add some alternative reinforcements to prevent the controller bending and creaking.

Using this controller makes playing these games so much easier, and I’ve discovered a couple of games that have made this well worth the time and investment.

I last used this Macintosh Classic a few years ago. At that point everything worked OK. Switching it on this month I find there’s no sound and it won’t boot. This is par for the course with these 30-year-old machines. Time for a service!

I decided quite early on that I would not rush any part of this, which turned out to be the right decision!

The first thing to do is to check that the PRAM battery hasn’t leaked or worse, exploded, which would cover the logic board in acid and would be uneconomical to repair.

Took me a while to find my long torx bit to open up the Macintosh case. But good news - no battery leakage!

I removed the 30-year-old battery and bought a replacement.

Surprisingly the replacement battery (not pictured) was already 5 years old, manufactured 2017. Not ideal, but it’ll do for now.

Next, I figured I would make a quick system disk as I had figured out that I could boot it from floppy disk if I held down Cmd+Alt+Shift+Del, which is the first odd thing.

image4032×3024 3.17 MB
Trying to reset PRAM on boot resulting in nothing happening, and there was no startup chime. Two more odd things.

Somebody suggested maybe the keyboard wasn’t working. I booted the System floppy and tested all keys and they were fine.

Next, I disconnected the hard drive to see if anything changed and I was able to boot using the system ROM (a feature only ever found on this specific model). This gets me into a bare-bones System 6 and from here there’s a hidden way to reset PRAM. I did that and there was no change to symptoms

Time to stop delaying the inevitable and take a look at the capacitors. Having never seen a leaking capacitor before I thought that everything looked fine from a cursory glance at the PCB. But with some guidance from 68KMLA forum, and a bit more time, I could see that there was a thin film of almost transparent dried residue surrounding almost all the caps, and some corrosion at the caps near the main power connector. Recap is needed!

Removing the capacitors is the big challenge. I don’t have any dedicated soldering stations or heat flow gear, just a portable soldering iron, a pencil soldering iron and a twinkle in my eye.

I spent a few days looking at YouTube videos and asking for opinions on methods of removing capacitors. Under advice, I found a practice board in a dead AV AMP that had a gazillion capacitors and I used that to practice. In the end I decided I would use the “twist and go” method (that’s what I’m calling it!) which involved using long nose pliers to grab the capacitor from above, and whilst pushing towards the board gently rotating the capacitor back and forth around its centre point. On the practice board some caps were more difficult that others, but I never lifted a pad in some 20 or so capacitors.

I’ve no doubt you could lift a pad if you used a different technique or you went about it recklessly, but I found this seemingly brutal method worked very well. In years gone by I would have rushed this part!

Results on practice board:

On the Macintosh board they were much easier, and fewer, and I also never lifted a pad. I was left with the odd leg that was easily removed with some excess solder during the cleanup phase.

In total 8 capacitors were in need of replacement, and I swapped them with tantalum capacitors which I understand will never need replacing in future. They look different, but I don’t mind that it makes it more obvious that they have been replaced IMHO. 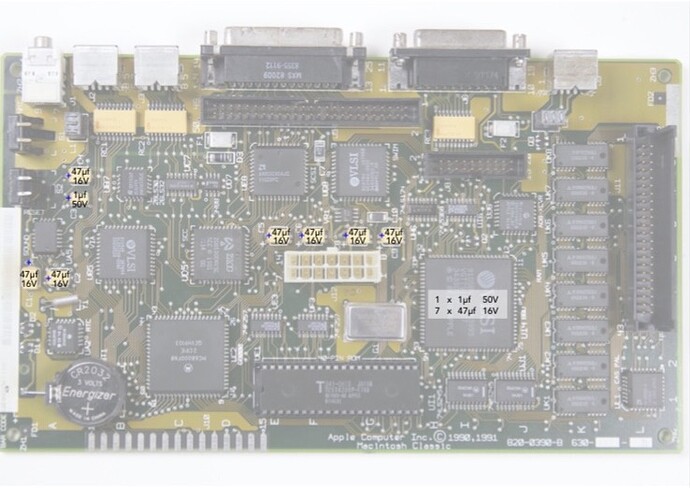 Oh, and I bought some new rosin/flux-core solder of a reputable brand, and that really improved my soldering technique and results compared to when I was using the old/cheap/free solder I had in my tool box. You get what you pay for!

The results are not my finest work, but I would say above average and the machine is now booting well with sound and a faster replacement drive so we’re good to go!

I picked up an extra 2MB of RAM from eBay to take this machine to a maximum of 4MB! That’s megabytes!

All that remains is for me to configure my SD card with the apps and games I like to have around. I’m going for multiple System installs that I can switch between after a quick reboot. Plus Japanese support. This task is made easier and quicker by using emulators to do the hard work many times faster than hardware, and finally copy the prepared disk image onto the SD card.

Then, at last, I will be able to play games on this little thing once more!

Awesome stuff, keep it up! The controller was particularly cool.

If any other old mods or repairs come to mind I’ll be sure to dig through my photos and document them.

Just seen this video about Wii recapping that advocates the twist’n’go method of removing capacitors. At least, it does eventually… 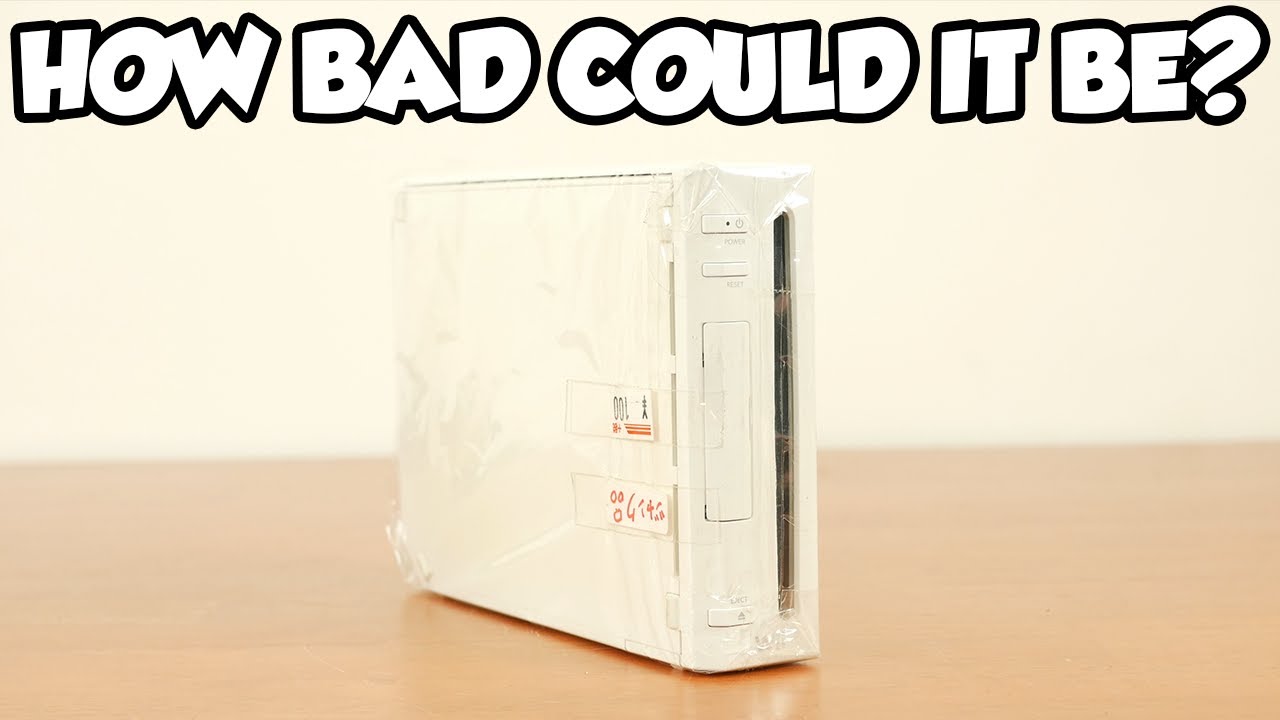 Put a new battery in an iPod touch 6th generation today, only to find that it’s the device not charging that is the problem.

I was so proud of it too! 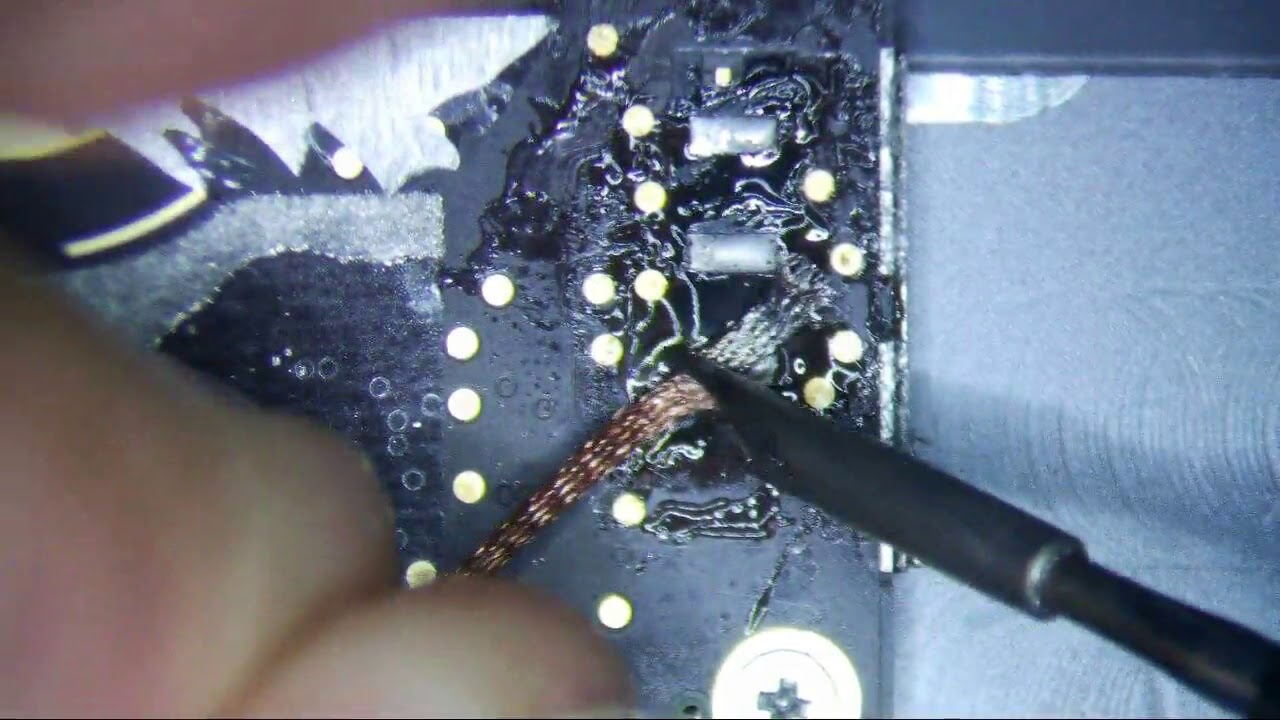 That is really cool, nice work

Just a teardown and clean here. It had some sticky residue around the d-pad causing things to feel a bit off.

This one is for Mega Drive, though there were some for other platforms such as PC-Engine.

Slow does the usual rapid pressing of the start button. Off/On. 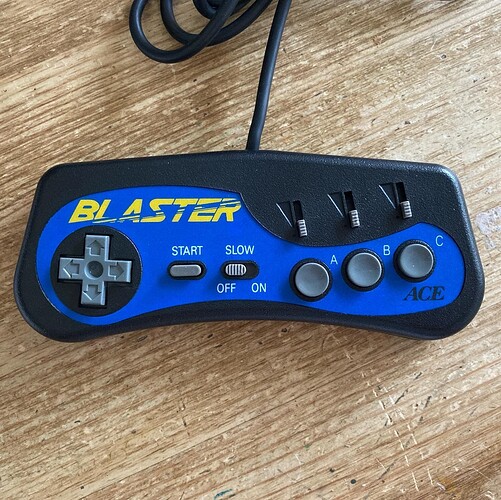 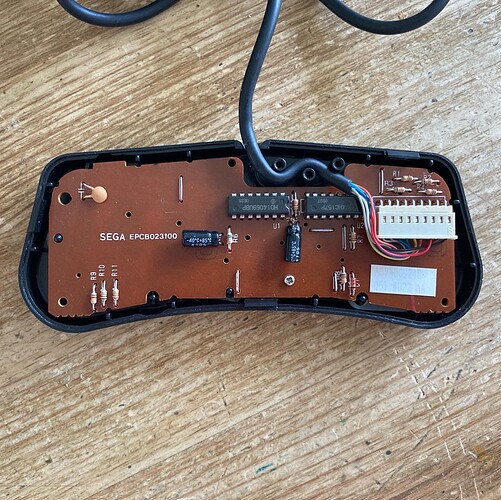 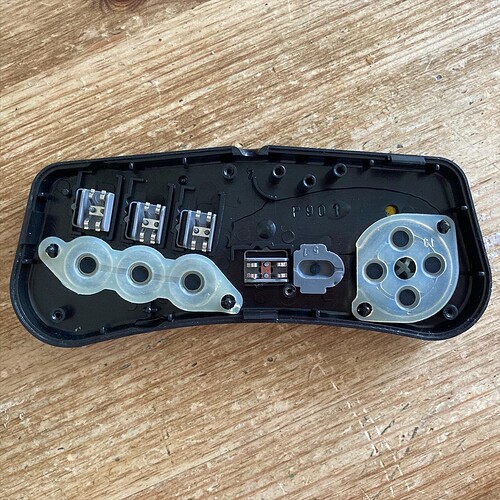 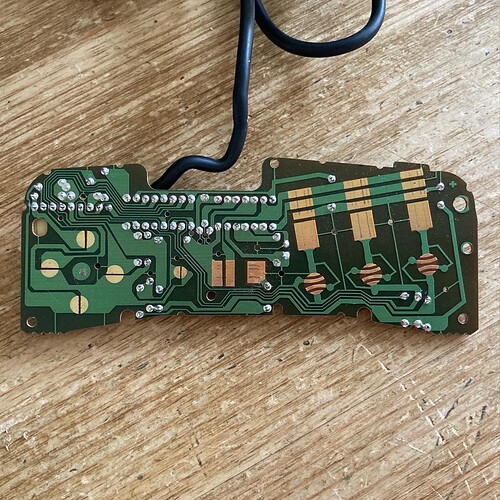 That’s actually pretty nice, how is it comfort wise?

Comfort is good, perhaps a little flatter than the SNES controller. though so similar I keep expecting there to be shoulder buttons