A little over 40 years ago, Atari launched what would become the first highly successful home video game format, the Video Computer System (VCS). In a market dominated by Pong clones, it was a major leap forward to have such a variety of games in colour at home. It was beaten to the market by the Fairchild Channel F and monochrome RCA Studio II (both of which also had interchangeable cartridges) but it was technogically ahead of them, and was backed by more prevalent advertising.

What really propelled the VCS into home stardom was having exclusive console rights to the arcade hit Space Invaders in 1980. Competition like the Odyssey2 and Intellivision didn’t anything with that kind of mainstream pull.

The VCS (later given the name Atari 2600) survived until the early '90s, outliving its follow-up the 5200, and co-existing with the 7800 and the early years of the Lynx. From 1986 onwards, the 2600 was a smaller, budget-priced system. At the time, it seemed so strange to me it was getting ports of stuff like Double Dragon, California Games, and Rampage.

Here are 20 games worth checking out:

Adventure (Atari)
The great granddaddy of all console quest games with graphics. While it has aged in the nearly four decades it has been around, there’s still something appealing about its somewhat abstract world.

Combat (Atari)
As the original pack in game in 1977 this two-player tank duel blew away everything else on the home market at the time.

Dodge 'Em (Atari)
Similar to the arcade game Head On but smoother and speedier.

Dragonfire (Imagic)
This game consisted of side view jumping and levels where you roamed the screen for treasure. The Coleco version was much more advanced but I find it a lot more frustrating than the 2600 original. I might like the Vic 20 version the most though.

Fathom (Imagic)
In the Genesis game Ecco: The Tides of Time you play as a dolphin that can transform into a bird. Fathom did the same basic concept over a decade earlier. The goal in this adventure was to gather pieces of the trident to free Neptune’s daughter.

Frostbite (Activision)
This has aged very nicely. You need to jump on various pieces of ice which somehow creates an igloo. Q*bert fans should definitely check it out.

H.E.R.O. (Activision)
This shoot and rescue cavern action game might be my favourite 2600 title. There are various more technically advanced versions on other consoles and computers but this is a case where speed and overall feel win out over graphic detail.

Jr. Pac-Man (Atari)
Most people probably know the original Pac-Man on 2600 was kind of shitty. Ms. Pac-Man turned out nicely and Jr. improved upon it with a better presentation and feel.

Jungle Hunt (Atari)
A quality port of the Taito arcade game. There are better versions but I still play this one sometimes.

Kaboom! (Activision)
Catch 'em before they fall. Like other paddle controller games it’s just not the same playing it in a modern compilation.

Laser Gates (Imagic)
Don’t let the generic name and look fool you. This side-scrolling shooter is still addictive despite all the advancements in the genre.

Pitfall II: The Lost Caverns (Activision)
Expanded over the original and with some of the most advanced sound and music on the system.

Yars’ Revenge (Atari)
What started its development life as a port of the arcade game Star Castle turned into one of the most unique and timeless shooters ever.

Numerous cartridge-based consoles have had add ons using other types of media. The Famicom had the Disk System. The TurboGrafx and Genesis had their CD upgrades. Before all those the 2600 had the Supercharger which played games on cassettes. Unlike with most of those other consoles, this was a third-party release by a company called Starpath (originally called Arcadia but changed for legal reasons).

The Supercharger wasn’t very successful and it didn’t have many games but it did offer a noticeable improvement in over the regular 2600 because of its RAM (mostly in how the games animate so you probably won’t see much difference in the screenshots). Starpath was later bought out by Epyx.

Communist Mutants From Space
Name aside, there wasn’t much originality in this Galaxian-ish shooter but it was well made.

Dragonstomper
One of the earliest console RPGs. It didn’t have the impressive 3d dungeons of Treasure of Tarmin on InTV but in some ways it was more advanced as it had item shops and NPCs.

Escape from the Mindmaster
This 3d maze game was incredibly smooth. A ColecoVision port was planned but never released.

Frogger
The regular 2600 version was excellent but this improved upon its graphics.

Rabbit Transit
A fast-paced platform/dodging game. Aside from Frogger I would say this is probably my favourite Supercharger game.

My favourite 2600 game is a modern game:

Enduro was the game I played the most. Maybe because I saw the movie DARYL at the time and wanted to be as good as the robot kid. I was so impressed by his gaming skills, so naive.

The Atari 2600 was the first console I owned. My parents bought me one one back in 1982 with the pack-in Combat and a copy of Pitfall, for getting good grades that year in school. My favorite games were the Activision and the Atari Silver Label games. Games like Pitfall, Pitfall II, River Raid, Decathlon, Chopper Command, Enduro, HERO, Vanguard, Ms. Pacman, Phoenix, Millipede and Raiders of the Lost Ark were some of my favorite games on the system. The Xonox double-ender games were cool as well.

80s gaming was so wacky.

The Supercharger also had non-playable demos on the tapes as previews. This was before game rentals were widespread so at least there was a way other than in-store displays and other people’s homes to see console games.

That version of Juno First is really good, second only to the arcade version.

I’m starting to get into 2600 emulation (not to mention arcade) and I’m looking for good USB paddle controllers. Do any of you have recommendations for them? I’ve seen mostly adapters, which is fine, but I’d rather get some thing new as long as it’s good quality and affordable.

One of the most notable arcade ports of the era, Missile Command on Atari VCS/2600 turns 40 years old this month.

The graphics may not be as good as the arcade, and it uses joysticks instead of trackballs, but Rob Fulop did an excellent job of translating Dave Theurer’s shoot 'em up to the home market. Several different difficulty settings were added. 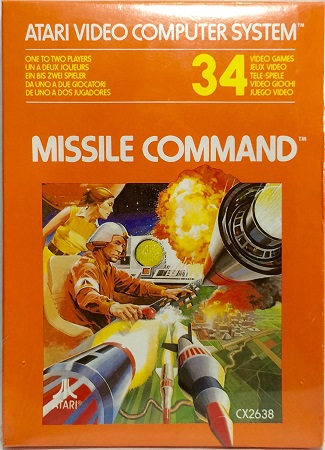 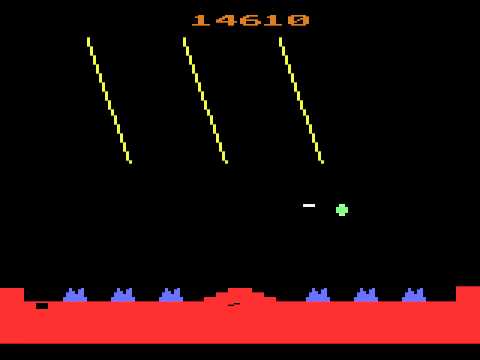 It’s still a lot of fun. I recommend checking it out on modern Atari Flashback compilations (if you have PS Now it’s on there).

Wow I haven’t heard of Best before, what an interesting read.