It is criminal that that stick hasn’t been reused in anything else.

Has Rumble Fish ever been ported? What about Hot Blooded Family?

Agreed entirely with the stick - it blew me away when I tried it a couple of years ago. I feel the same way about it today as I do the loss of the excellent octo-gate that Nintendo used to use with their analogue sticks.

That’s the NRS loop in a nutshell. Players go where the money is.

rumble fish is on jp ps2. hot blooded family was on both saturn and ps1, again jp only.

NGPC is a great system. Fighting games on the system are surprisingly good, even though there are only two buttons. I remember the year the NGPC was released, it won several industry hardware awards. The system feels great in your hands and joypad/mini stick is amazing and the buttons are extremely responsive. The screen is also fairly bright, especially when compared to non-backlight Game Boy systems. The battery life is also amazing at 40 hours.

I owned a NGPC when it was at retail and I wish I would have bought more games for it. I was so bummed when Aruze discontinued the NGPC in North America after buying SNK. To add salt to the wound, I went down to my local Electronics Boutique, thinking I would pick up some cheap NGPC games on clearance, only to find out that Aruze/SNK USA recalled all their retail stock. Then they threw away all the boxes and instructions for the systems and games and sold them in cheap/bare bones blister packs.

The Match of the Millennium: SNK vs Capcom is probably the best fighter on the NGPC, but Samurai Shodown! 2 is my personal favorite.

If you like those NGPC style fighters, then there’s a raft of them on Game Boy as well. Developed by Takara but i have to imagine there was some crossover in staff at some point. Lo-lo fi of course, but it’s interesting to see the progression! Sam Sho, KoF, Real Bout, World Heroes … even Toshinden, and probably more. I haven’t played it but i’d even wager the Game Boy version of Toshinden is better than the PS1 version

I was streaming Street Fighter Zero 3 yesterday and this happened!

Only OJOU-SAMA can have Dhalsim hitboxes, LOL.

Specifically, if someone with exposure to only Street Fighter 2 is looking to give the genre another shot, what would you recommend? Are certain system ports better than others? 2d vs 3d? etc

If you’re looking for good integrated fighting game tutorials I can recommend looking into Guilty Gear Xrd Rev2 (which is the latest one). It goes from basic moves to in depth strategy. The game is also gorgeous to look at… also very anime and heavy metal, so not for everyone. I guess the player base is quite low nowadays, so online might not be an option (and everyone is way better), but going through the tutorials and basically learning modern fighting games fundamentals that can be used in most other games is pretty cool. Also, this should be great to play with your kid.

If anyone is awake this early on Saturday, there’s a great tournament happening in Super Turbo

I regularly fire up my Dreamcast and CPS2 for 25-30 minutes for a quick 1cc against the AI.

My cab is setup in my basement, so when I go down to throw in a load of laundry or whatever and see it sitting there in the corner,this pops up in my head.

Classic fighting games just feel so good to play, even if your aren’t great at them.

On Dreamcast I’ll say Virtua Fighter 3, Soulcalibur and SF3.3.
If you can emulate or have a micro you must try IK+ with your son, so much instant fun.

Edit : Atari ST or Amiga for the speed setting of IK+.

Power Quest is a surprisingly solid fighter on the GBC. Plays like SF. Combos and all. 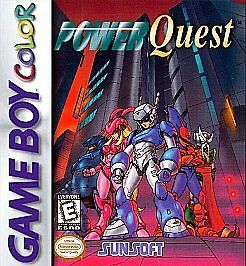