This was probably the last hurrah of the Konami beat up line. I thought the game was gorgeous. I was a fan of the show as a kid. I never played the NES version, which is rather expensive now.

Here’s a video one it. The game, along with Cowboy’s of Moo Mesa from Konami are largely forgotten, mostly due to licensing issues. X-Men, TMNT, and The Simpson got XBLA/PSN releases, but those are way more popular properties. Now delisted, though. 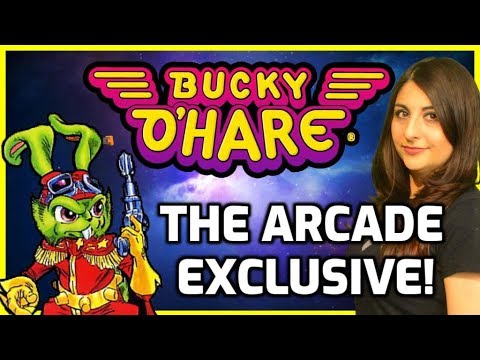 Unlike a standard beat em up, it did have a lot ranged options with the blaster.

With the talk of game preservation with Sony’s PSN rumors. It’s a bummer this one never got home port or conversion.

Yes, it’s a great arcade game! I also played the NES game as well and loved it.

always a fun game. Played it recently for capture

I have played it emulated but never saw a real arcade machine.