I’ll pick it up. Portable TATE doesn’t do anything for me, but ZeroDiv’s been doing a good job with these ports.

I personally love tabletop TATE with the Hori Switch stand, so convenient.

Do it. It’s a fun game; I appreciate Psyiko has 8 difficulty options so 1CC is totally within reach on the first few for many.

Same here, I set it up on my desk at work during my lunch hour. I am so grabbing this on Thursday.

Is this the stand you’re talking about? 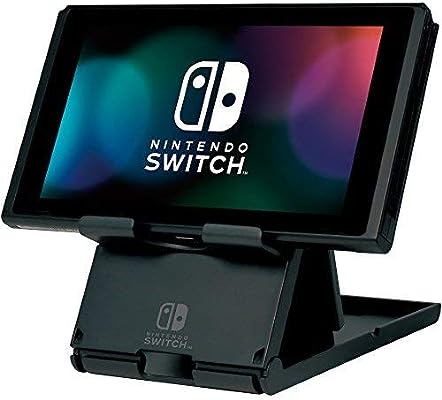 Yup that’s the one I have. It holds the system well in the vertical orientation.

Cool. Excellent price and I know I’m going to want to play this one vertical.

Has anyone played the Strikers 1945 release? Good?

Yeah its really good. I wish it had as many options as the PS4 release of Battle Garegga but its still a good release.

Given how often it’s been released on various platforms, it’s hard to believe, but I don’t own Strikers 1945. I think I’ll rectify that with the Switch version. Ordering the stand. Thanks!

Is there a good scanline effect available in Strikers 1945 on Switch?

Strikers has a nice, balanced scanline effect. Looks proper unlike the scanlines in the Hamster ACA titles (probably my only complaint about the Hamster ports).

The Switch Hori stand is perfect for TATE, here is mine with Strikers (should be obvious but I didn’t have the scanlines turned on at the time when I took these pics):

That’s really cool. I’ve been eyeing that stand. Not a big shooter fan but I like the option. It’s a little something that Switch offers retro fans that isn’t so easy to do on any other platform.

Man I should grab these even though I have them on Saturn. Just to support the whole venture.

I’ve been looking at that stand for a while. I guess I should bite the bullet and get it. It is only about $13 anyway. As for Gunbird, I had fond memories playing that. So i will pick it up.

Amazon had the stand for $9 yesterday when I ordered. Should be here tomorrow, just in time for Gunbird. I will get Strikers as well. I already have Last Resort so the stand will get a bunch of shooter usage!

Thanks for the pix @AgentUnknown. That looks awesome!