A thread for pondering on and discussing the firsts in video games, like what the first video game was (possibly the Cathode Ray Tube Amusement Device, OXO, Tennis for Two, etc.).

Copied from my Easter Egg thread:

That’s not true, though. The very first Easter egg is in fact found in the 1973 game Moonlander.

If the player landed at exactly the right spot, a McDonalds appeared. The astronaut would leave the lander and walk over to the McDonalds and order a Big Mac to go, before walking back to the Lander and taking off again. If players crashed directly into the McDonalds, the game displayed a message reading ‘You clod. You’ve destroyed the only McDonald’s on the Moon.’ 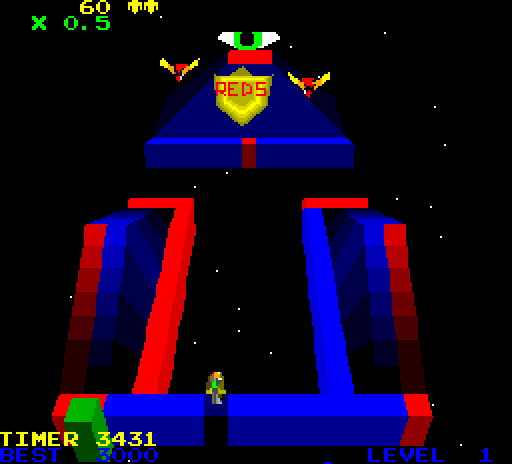 Alien Ressurection on PS1 is often thought to be the first FPS to have the modern “one stick control character movement, the other control view” scheme for dual analog gamepad. You’ve prolly seen this meme picture 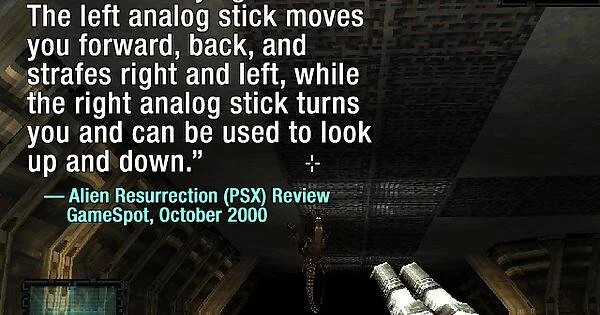 HOWEVER, if we stick strictly to “modern dual stick-style controls with a single controller” (so people don’t “well actually” with that goldeneye dual-controller option), fellow PS1 game "Uprising X" has it beat by a full year. Gamespot’s review of it even similarly express confusion at the control scheme, though in a less flipant way 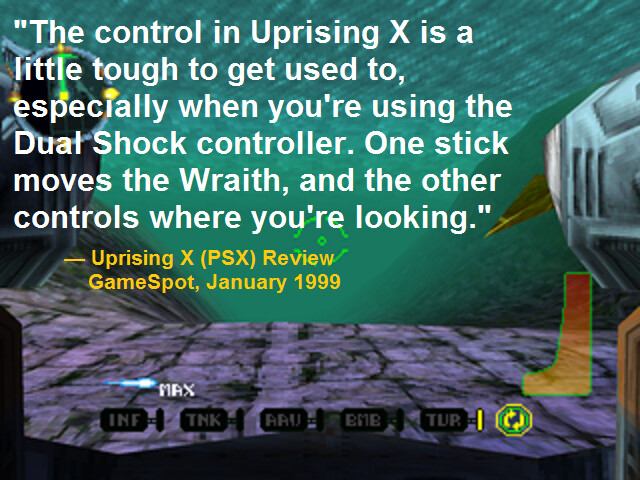 I just played it to be sure and though it’s inverted with no option to reorient aiming and southpaw (meaning right moves and left aims), it’s otherwise completely recognizable as a dual analog aiming scheme. So now that you know, you’ll be a brave warrior of the truth right?

I suppose Sheriff (1979) would be an honorable mention, using multiple controls from walking and shooting. 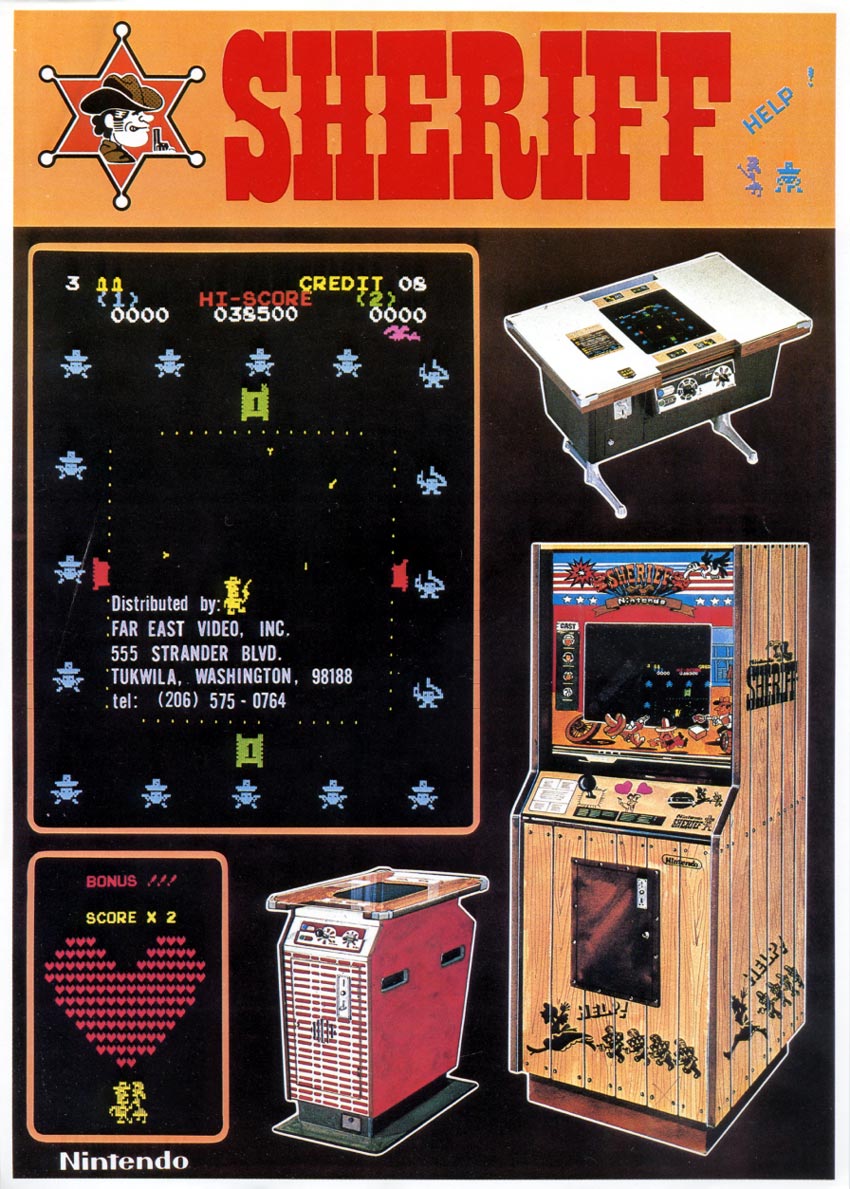 Timesplitters 1 was also released before Alien Resurrection and has the full modern set up.

There are also a few other earlier games which have dual analogue, but like Uprising X they’re not left stick move/right stick look. Eg they often mix movement forward back and looking left right on one stick, and strafe+vertical look on another. Timesplitters was the first with the modern set up, unless counting Goldeneye/Perfect Dark, or Turok 2 using the dpad as the left stick.

One game, two firsts: Heavyweight Champ (Sega, 1976) is the first fighting game and the first game to feature a black video game character. 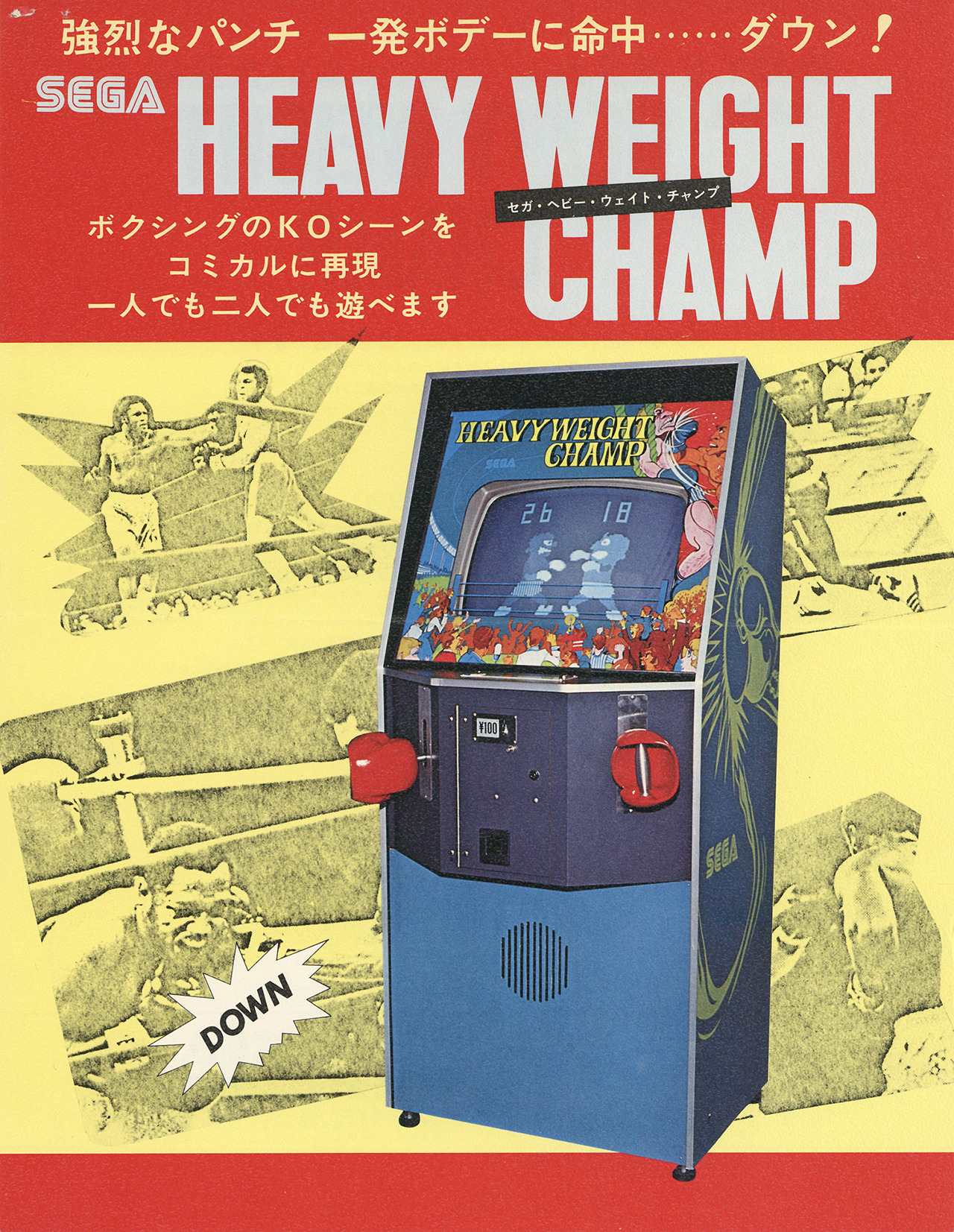 Heavyweight Champ is also apparently lost, which is ashame. No idea how it even moved either since I couldn’t find any footage of it, until I saw footage uploaded by CBS 8 San Diego in April 2022.

Yeah, it really is a bummer that the game is lost. It looked pretty cool for a 1976 game!

That Goldeneye dual-controller option seems the more important to me as a design novelty for gameplay, the others have just copied that on a more default setting. 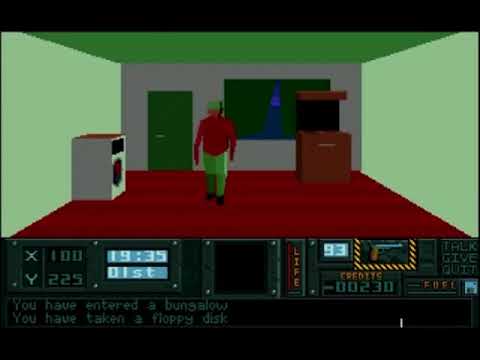 Here’s a fairly well-known one. Irem’s Kung-Fu Master (1984) is considered to be the very first beat 'em up. 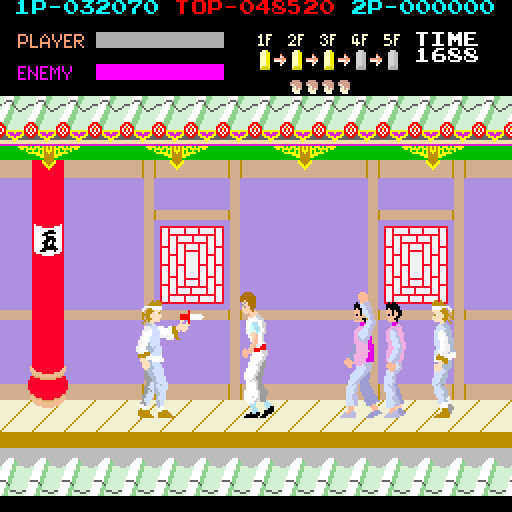 And here’s Sega again with a double whammy of firsts: their 1976 arcade game Fonz (a rebranded version of Moto-Cross) is not only the first game to feature haptic feedback, but apparently it’s also the very first licensed video game (i.e., based on an existing intellectual property).

As in Fonzie from Happy Days? 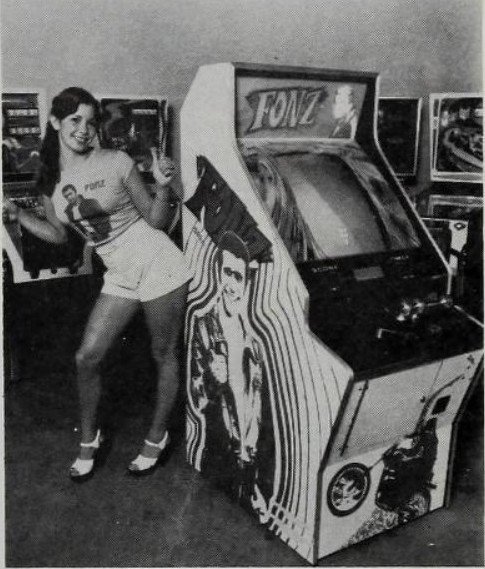 Atari’s Gotcha (1973) is believed to be the first colour video game. 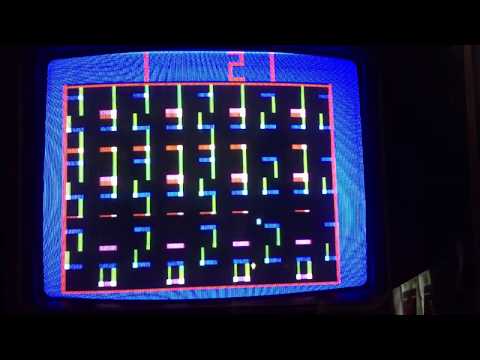 Including Star Trek and Shark Jaws games, though those were unlicensed.

Karateka (Brøderbund Software, 1984) is the first game to feature rotoscoping.

Let’s talk about isometric games. Funnily enough, the first ever isomeric game was actually quite a bit later than the first 3D game.

The credit is often given to Zaxxon, but it was actually Data East that did it first with their game Treasure Island. It was released in Japan in September 1981. 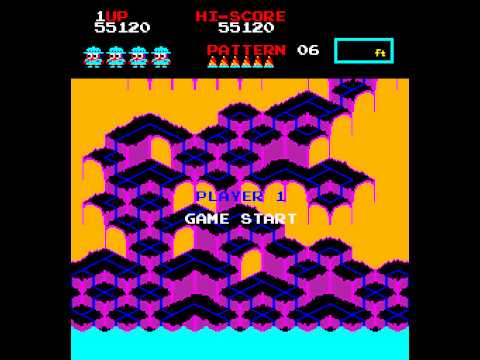 There is some credit due for Zaxxon, however. It’s the first game to use Axonometric Projection, which is a form of isometric projection, and it was also the first isometric game to release internationally.

It was released in December 1981 in Japan, and then internationally in April 1982. Graphically it was a huge deal as the world had never really seen anything like it before. 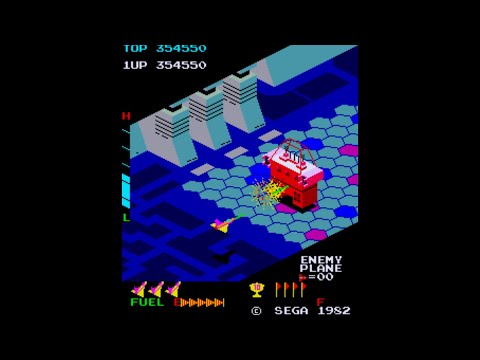