In this thread let’s share any graphical effects that are as impressive today as they were back when they debuted.

Whether they impress just from their end result, bespoke hardware functionality, feats of programming, or just inventive ideas to work around limitation, it doesn’t matter - everything is fair game here.

I’ve got an unlikely candidate of a game to start off with:

Was checking out Fate/Extra since it’s an Imageepoch-developed title I never played until now. Its bespoke character shadows immediately stood out as impressive, they may well be some of the best I’ve seen on the game’s host format, the PSP, while also fitting the game’s art direction.

In fact it’s easy to get the impression the entire game, not being a port, has been designed to work around the format’s limitations - even the environment textures minimise the impact of dithering from the portable’s performance-improving lower colour depth modes.

Cool idea for a thread! I’ll get thinking on this.

I really need to as well! There are dozens of examples I had in my head over the past few years, and I need a good think to remember them.

Off the top of my head I’ve got:

This so much. The 3D Classics release on 3DS speaks volumes for it, since M2 were able to extract so much volume and depth from the original visuals without editing or reimagining the graphics, and that wouldn’t have been possible if that weren’t the case.

For instance - Arika’s 3D Classics version of Famicom Kid Icarus had to be much flatter because the original visuals were comparatively more basic. ExciteBike was good though!

How about Recca Summer Carnival '92? This one spring to mind right away! Some incredible programming for the NES. Look at the speed! 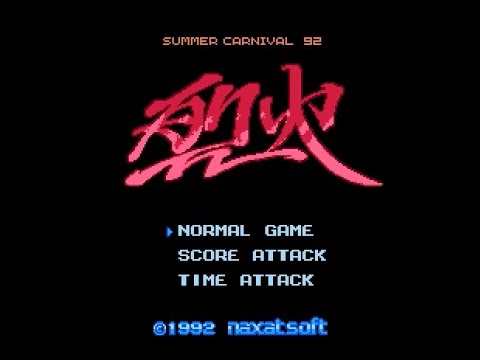 The original tomb raider in its original saturn incantation was going to look a lot better then the version that we got served once it was decided it was going to be multi platform. The one particular great looking feature that was axed is the lighting. The first level of the game was obviously finished in its original state and thankfully shipped in the final game. Later levels have the geometry and texture work done, but lack the light sources and shadows of the former. The contrast is really stark. The original presented dark mysterious caverns and corridors, with openings to the outside that provide a subtle bloom effect to the environments. The psx version, and later levels of the saturn version offer an unlit grey mush. In the screenshots you can also clearly see how the light sources interacted with the player model, not just the environment. 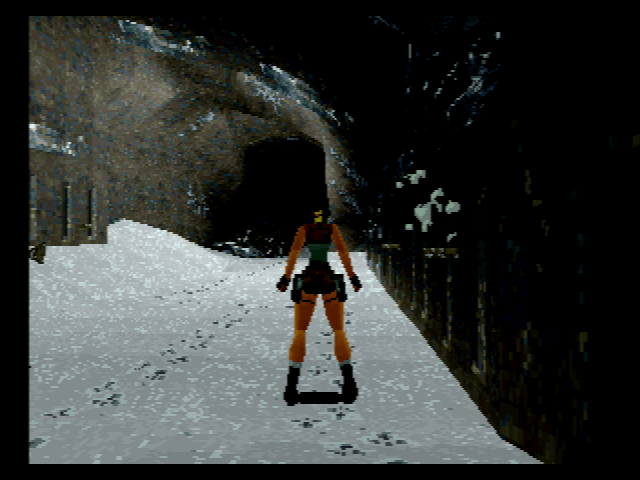 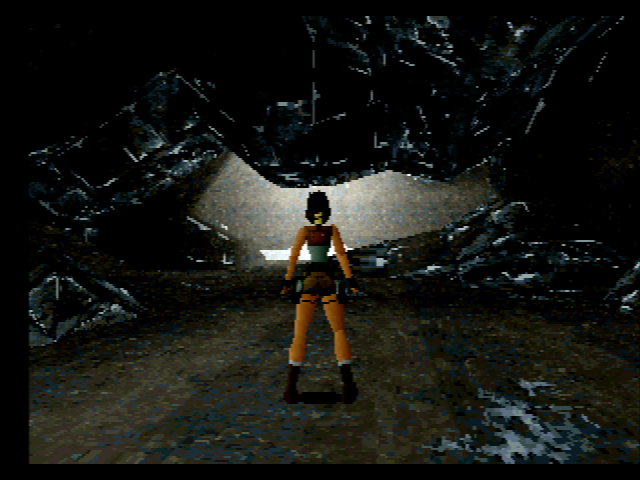 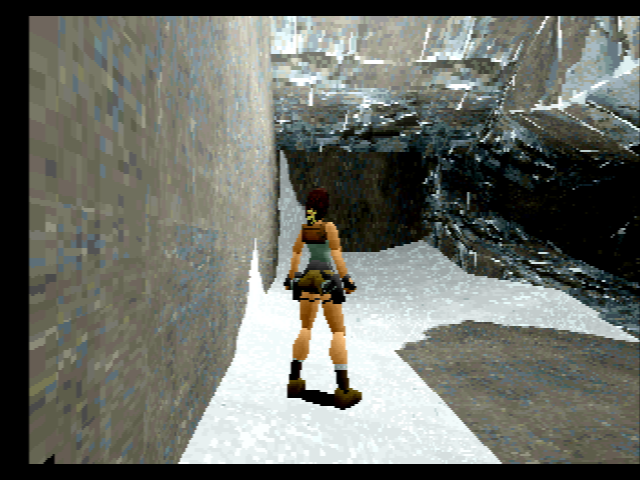 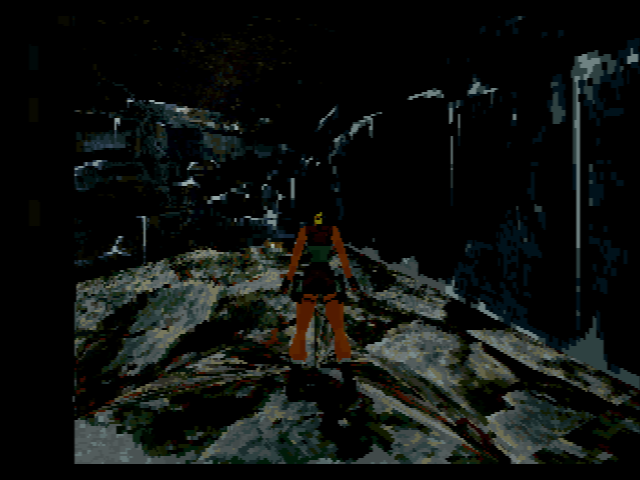 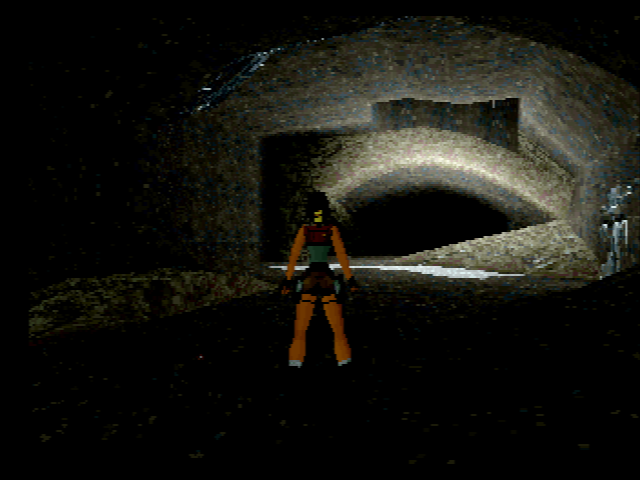 The first 2 games that came to mind are Castlevania Bloodlines and Ranger X on the Genesis/Megadrive.

I remember being puzzled at how those games could possibly run on the console. Great achievements for their respective developers!

Thanks for bringing this up, I had no idea they dumbed down the lighting model! Baroque was the same.

Another one that comes to mind is Crisis force for the Famicom. The multi-directional scrolling and simulated parallax were WAY out of the original hardware’s league but they pulled it off. 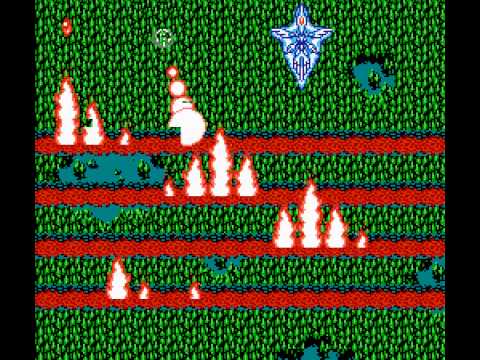 Wow, that looks amazing! How did they manage to program the parallax scrolling? Presumably it can’t have had an extra chip on the cartridge board.

I remember reading somewhere that Compile’s Gun-Nac also pushed the limits of the hardware? 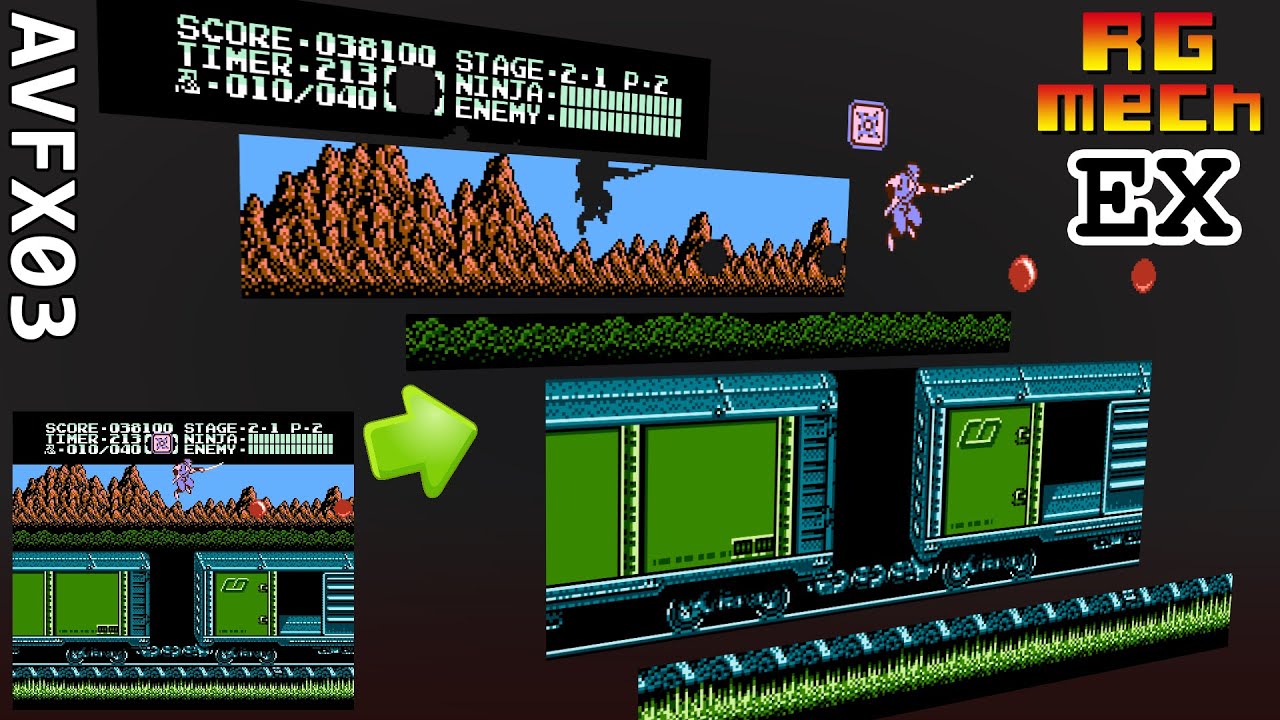 Yeah, there’s some really cool stuff in Bloodlines. I love the leaning tower section on Level 3. Starts here about 2:50. 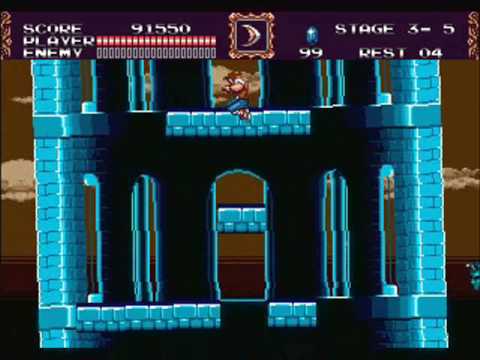 When I got S&K I was blown away by two things in Mushroom Hill. The first one was all the spores Sonic Kicks up as he runs along. Kinda Sad that it impressed me so much.
The other was the boss fight in act2. The way they did the overhang bits really wowed me. 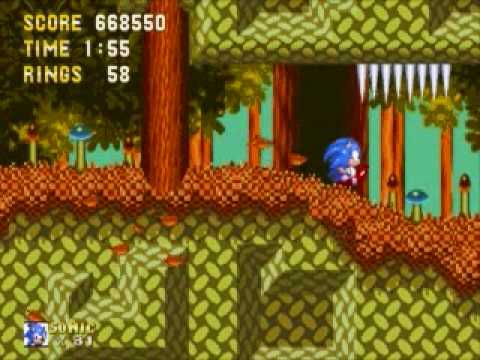 Another when I was much younger was Nebulus on the Commodore 64. Very pretty and gave a nice 3d impression while also playing very smoothly. 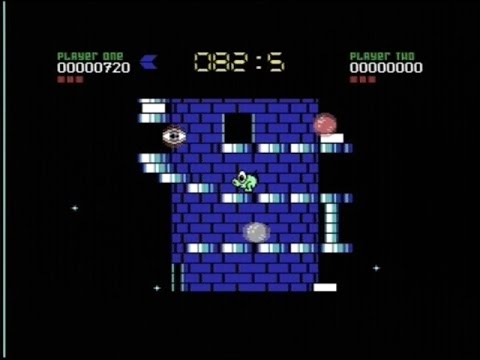 As a result Mickey Mania’s tower level gave me this impression.
“Oh nice, it looks like Nebulus”

They even faked some really nice multi layer parallax in mushroom hill. The back half of S3&K really benefited from being held back - really nice looking levels that are a cut above what we saw in regular S3.

That was an amazing rundown.

Even NES games are far more complicated than anything I’ve ever attempted to program. Crazy.

They really had to get creative to squeeze the most out of the little thing! That’s what I love about retro platforms. That need has disappeared over time.

I agree on this point so much. It feels like as people got more grunt for doing things, they’ve gotten a bit lazy about actually doing stuff in many ways. Its also really interesting seeing the tricks and stuff they had to pull off to do these kind of things.
You might have already seen this channel, but Game Hut on youtube goes over some of the things he and his team did while working on games. The guy is from Traveler’s Tales who did Sonic 3d and Pugsy on the Megadrive as well as a bunch of other games.
I’m not much of a coder, but even I found watching the work arounds and stuff they came up with really fascinating.

Videogames are amazing. How they are created, even more so. Questions? Ideas? Tweet @GameHutter or @jontt GameHut was created by Jon Burton to share all thin...


He has split it into various channels, so check the channels page as I think he does coding ones on another channel now.

@Sapiens Yeah people complain about the game being split in two, but I think it ended up benefiting overall. I also think they managed to do a really good job with conveying the story, and not a word was spoken! (Biased view here S3&K is my favourite Sonic game).