I’ll grab it if I can. Thanks for the recommend!

Well whaddya know, found out about another gaming first just by randomly looking up info about some obscure arcade games. 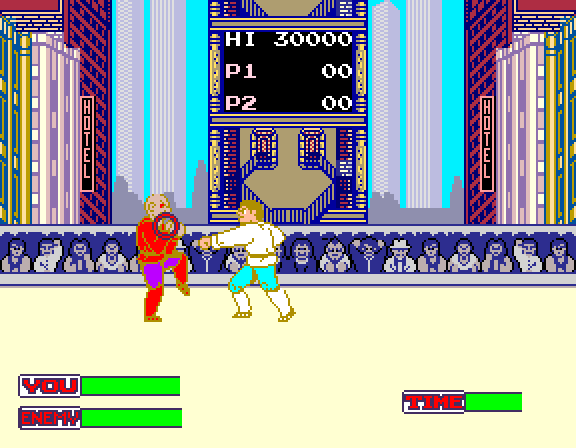 Doesn’t Turbo Esprit on the ZX Spectrum predate this considerably?

Always amazes me parallax being done in 8-bit form that far back, after usually seeing it more with 16-bit games.

Yeah, it’s pretty mind-blowing that even some Atari 2600 games feature this effect!

Vette, first 3D open world racing game where you can run over people:

I purchased a copy of Vette for about $2 at a Software Outlet when it used to be at the Vacaville, CA outlets.

Software Outlet, that was a general computer store, wasn’t it?

Maybe? This one was at both the Folsom and Vacaville outlets, they had a cardboard sign.
I also remember buying a copy of NetStorm from the Folsom one.

Not a great first.

Down with guns in games!

Down with guns full stop!

2nd game to use a mouse. 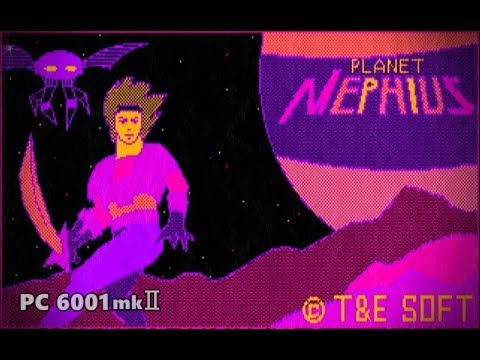 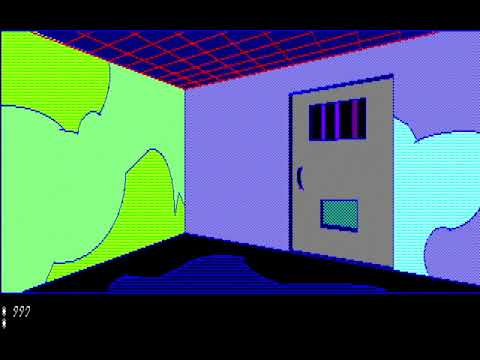 Le Vampire Fou is not exactly an interactive fiction game, but it is the first adventure game with a parser that was published in France.

Le vampire fou (the crazy/mad vampire) is the first French text adventure sold in France. In this game players guide a man through the castle of Dracula. The game screen consists of a graphics area near the top, with short animations, and a text area...

Citadelle , published in 1984 by Loriciels. This is seemingly the first text-only adventure (published in France)

Interestingly, it seems that Citadelle is the only text-only adventure game with parser released in France in the 80s, making it possibly the only interactive fiction game in French of the decade.

Legend has it that there was once a great war between the elves and the dragon Ceril. An elf magician was able to cast a spell to seal the dragon into the depths of a citadel. In the present day an orphan grew up to be a warrior who now wants to...

The Guinness Book of Records says Jumping Flash (1995). But what do they know!? 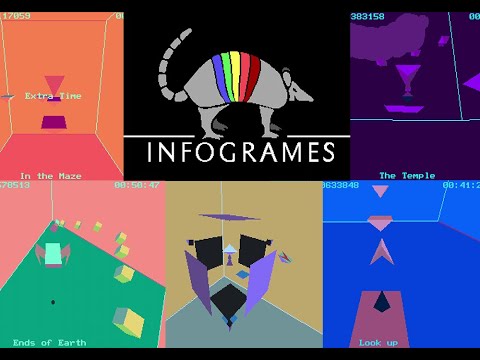