It's been a while since a modern game captured me, but Tunic really has (no spoilers) 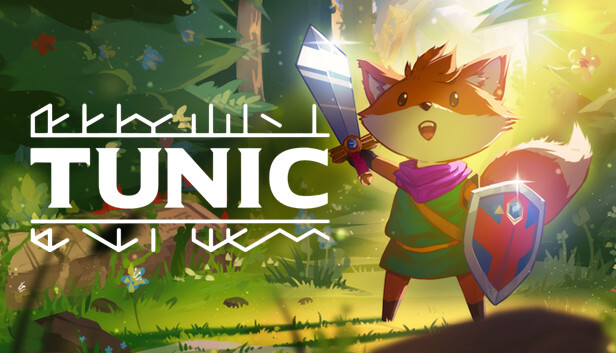 It starts out rather innocently - a little bit of Zelda mixed with some Dark Souls and an isometric viewpoint. But man, it really evolves quickly. Very few games evoke this feeling of exploration quite this effectively. And everything - every mechanic - has to be discovered by the player. It’s one of those games where I imagine looking up anything would ruin the point. Even the items feel like things you should experiment with until you figure them out. Let me put it this way: this game has secrets and shortcuts. Big ones. Some hidden in plain sight that will make you smile when you discover them. It just dangles things right in front of you in such a way as to make you able to figure them out somehow. But they’re never obvious. Somehow you just know.

I can’t really fathom how the developer managed to be this subtle while still telegraphing everything. There is zero handholding and zero tutorials. But that doesn’t mean there isn’t direction.

In fact, the coolest part of the game are collectable pages of a very beautifully drawn in-game instruction manual that looks something like what you’d get with an NES game. It’s very cryptic, mostly written in an undecipherable language but with key parts in English just to give you enough of an understanding of things to explore. It basically gives you maps, mysterious information about the game’s cryptic mechanics, and other really cool artwork that I haven’t quite figured out the meaning of yet.

Combat ramps up like crazy though. And after a while, some of the bosses just feel plain unfair due to their size/speed/reach where your sword is just so limited in comparison. You have to get creative to take these down and they probably could have been designed to be a little fairer. But I don’t mind the challenge. The rest of the game feels more than worth overcoming the roadblocks. And combat outside the bosses is very fair, fun, and varied.

Every other aspect of the world feels so perfectly designed. It’s actually a little ridiculous how good it is. It feels very much as tight as something like Link’s Awakening or Super Metroid in terms of world layout. But it goes the extra mile to make you think outside the box. It assumes you’re familiar with the way those games makes you think, and plays with that feeling without gating the entire sense of discovery around finding key items to unlock colored doors (although there is some of that here too).

I’m playing this game on XBOX Series X ( on Gamepass). It runs at what appears to be a locked 60fps at 4k with HDR. It really makes my new OLED shine in a way nothing else has so far. From a visual standpoint, the game is a looker. Everything looks so high-res and the use of color is masterful here. This isn’t just pretty for the sake of pretty either. The visuals are part of the design of the game and feel very well implemented to be extremely legible and in fitting service to the exploration. If you have the means, I highly recommend playing this one on Series X, PS5 or PC, rather than the last gen versions or on Switch. It’s really a pretty game that should be experienced to its fullest.

It’s a game that looks like a modern videogame too - no pixel art or old school visuals to try and tap into nostalgia. Everything is polygonal, well lit, and subtly textured to not be too realistic. Rather, the nostalgia you’ll feel will simply be the experience of discovering and exploring a brand new world like when you were a kid playing cool games for the first time. It taps into that hard. And in a way few games can these days.

If you’re looking for something modern to play, I recommend going in blind to this game and not looking anything up.

If only I could stick with an RPG long enough to see it through!

Thanks for posting this write up! This game is on my radar but I’ll move it up the list.

Only thing for me is … I just HATE isometric games. But mostly those are older ones. However it’s still largely kept me from enjoying most of Super Giant’s catalog, for instance. But there are exceptions, such as those isometric Tomb Raider games.

Anyway, back to Tunic — this really does look up my alley. How would you say it is for others watching and helping spot those shortcuts and solve puzzles??

It’s been on my wishlist for a while now - probably waiting for strong Steam sale or a physical release on Switch…but write-ups like this cause me to question my resolve.

I think once you spot one or two of the shortcuts, you and an onlooker may have a good time trying to find more and more of them. They’re everywhere.

The puzzles require a lot of reviewing the game’s manual/diagrams and deciphering its hints. So again, it could be fun to speculate on what various things do. I wish I had someone to discuss these things without spoiling it for myself online. So I’m just playing solo.

But yea, the manual seems like a natural “conversation starter” if people are gathered to play together (even though it’s a single player game).

Also, I take back what I said about boss fights - they’re totally balanced and easy once you figure them out. I just sucked at one when I posted that. But after I learned the patterns I realized it was a lot more of a beatable thing.

just put it on the wishlist, great writeup

If only I could stick with an RPG long enough to see it through!

It’s a short one and doesn’t, to me, feel very RPG-like. It has extremely tight level design and every single screen feels very distinct.

Every part of the game, even the overworld, feels kind of like of like a tightly designed 2D Zelda dungeon, but more lush with secrets.

It’s way closer to a Metroid game without the platforming than an RPG in my opinion.

I know how much you appreciate good game design. I think you’ll dig it. The music is lovely too.