[appicon] If you ever owned or own a recent Nintendo handheld, you probably know what Picross is. Jupiter has put out some fantastic Picross or picture crossword games across the DS, 3DS, and now Switch. The Picross name is owned by Nintendo so you...

I’ve been playing this for the past couple days. I usually shy away from mobile games but this doesn’t have any in app purchases, just some banner ads and an ad after every completed puzzle.

They really reached into their archives to get all sorts of pixel assets and the classic Konami music is fantastic.

They may eventually ask you to pay for additional hints if you’re stuck, but I haven’t found that option yet. 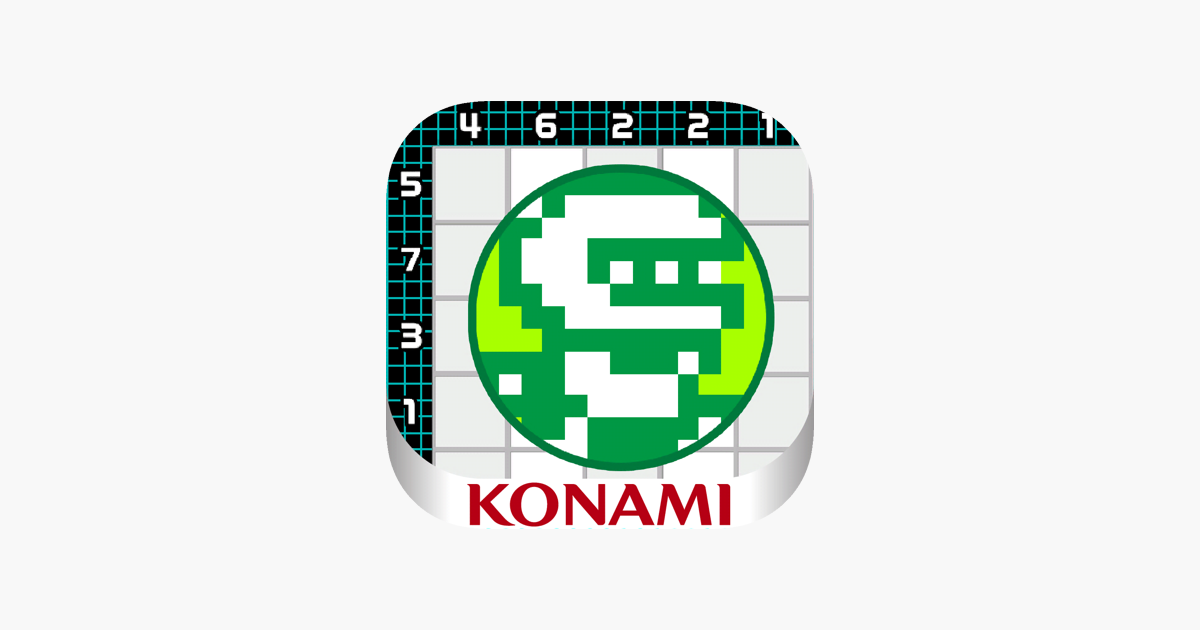 ‎[ FREE PUZZLE GAME! ] No in-game purchases or upgrades--this game is entirely free from beginning to end! Solve picture puzzles as if you were filling out a coloring book! Complete puzzles to uncover full-color characters from iconic nostalgia...

Solve the puzzles and collect fun pixel art of your favorite characters! [ FREE PUZZLE GAME! ] No in-game purchases or upgrades--this game is entirely free from beginning to end! Solve picture puzzles as if you were filling out a coloring book! Complete puzzles to uncover full-color characters from iconic nostalgia games! Loads of puzzles to play, and tons of collectable pixel art on the go! Take on Boss Puzzle challenges and collect small puzzle pieces to complete one jumbo pixel art piece!...

I’ve been debating making a thread about this for a while. I’ve never gotten into Picross (just never tried it), but I’ve been insanely addicted to this game since launch. There’s 500 puzzles in it, and I’m approaching 20%, which makes me a little terrified of how much time I’ve put into the game.

I haven’t owned a Nintendo product since SNES, so I honestly had no idea what Picross was. I just like Gradius and Castlevania.

Now I have to bring a phone charger to work with me.

I’ll check it out just for the Konami history stuff!

This is cool. Will check it out but it doesn’t appear to be out in Europe on the App Store yet. Is there a way to disable those PES 2019 adverts though?

Not getting any ads in New Zealand. Guess we got off lucky! Currently at 10%, definitely a great time waster.

Not available in the UK Apple store

I thought I was going crazy too :o

Ooh cool. I wonder why no ads for us…