After the success of their handheld sports games in the late '70s, toy giant Mattel was preparing the release their first game console. The Intellivision was test marketed in California in 1979, and given a full North American release in 1980. After that, it saw release in Europe, South America, Japan, and Oceania. From what I gather, the InTV ended up in second place in the first major console war behind Atari but ahead of the Odyssey2/Videopac and Bally Professional Arcade/Astrocade.

As far as I can tell, it introduced the directional pad (Nintendo’s cross-shaped d-pad originated on Game & Watch and was later) and the numeric keypad/overlay type controller. It definitely isn’t the most comfortable controller but at the time I didn’t mind as much.

It was the first console to have downloadable games and a subscription service. Its PlayCable service started in 1981. Ralph Baer had thought of the idea many years earlier for the original Odyssey but the cable companies weren’t interested at the time.

The strategy/simulation game Utopia in 1981 was an ancestor to games like Sim City.

It had the first 3d dungeon crawler console RPG: Tom Loughry’s Advanced Dungeons & Dragons: The Treasure of Tarmin in 1983. This was amazing at the time and still holds up well for a quick RPG fix.

For turn-based RPGs on console, it does seem to have been beaten to the market by Dragonstomper (another impressive game) on Supercharger but that didn’t have the same visual wow factor.

The Famicom/NES often hogs all the credit for moving home gaming past just arcade games and offering more “home experiences” but even two years after launch day in Japan it was lacking simulation, action-adventure, and roleplaying games. The Intellivision had these genres (although certainly not to the extent personal computers did) so it deserves to share some credit, especially in the console sphere.

Some other cool games:

Beauty and the Beast

Please correct me if anything’s incorrect. And check out http://www.intellivisionlives.com/ for more info.

I’ve kinda wanted one just so I could get the Tron games.

That is probably the most epic OT ever written about intellivision on the internet. Amazing work!!!

I had no idea about the downloadable game service or anything.

Wonderful ot! My dad had an intellivision when I was really young and I remember playing some skiing game all the time. Unfortunately when I got my NES I don’t remember ever touching the intellivision again.

I’m betting this thread will beat the wonderswan. Who wants in?

I actually had one for a while, not sure where it got off to. It was the Intellivision 2, which was the smaller hardware revision released in 1983. There was actually a ton of fun games on this, and I wish I still had it to revisit. I remember tracking down a copy of Utopia, then printing off the overlay for the controllers since the game was impossible to play without it.

I also had the IntelliVoice add on, which had the Wood/Gold aesthetic of the original, so it looked really wonky sticking out of my Intellivision 2. Bomb Squad was my favourite game on the system, it required the Intellivoice. Basically the game would give you instructions on how to disarm the bomb, and you had to follow them within the time limit. I remember one of the voices always freaking out “They won’t do it in time!”

I’ve kinda wanted one just so I could get the Tron games.

I played a LOT of Tron: Deadly Discs. That game was so much fun in 2-player.

Does the intellivision output in composite? Or is it RF only? I guess it’s too much to hope for RGB?

Actually it does full 4k with hdr 10.

Shoot, I actually have one of these somewhere in storage but I have never even plugged it in!

That is probably the most epic OT ever written about intellivision on the internet. Amazing work!!!

Wonderful ot! My dad had an intellivision when I was really young and I remember playing some skiing game all the time.

Thanks! The skiing game was imaginatively called Skiing.

I was in the minority of favouring the Intellivision over the 2600 back in the day but now I prefer the 2600 overall. My childhood self would be shocked. Both are great in different ways, though. Demon Attack and Deadly Discs are definitely better on InTV.

The disc thing is decent. Not anywhere near as good as a dpad but vastly superior to the colecovision (and SG1000) sticks. Atari stick kinda works for what it is as a chunky tank.

I’m just discovering this system. It has some very good games that still stand up to repeated play today!

Wow. It’s actually quite amazing that a golf game this fully-featured and gameplay-rich/deep existed in back 1987 for a machine with “1980” specs. My mid is kind of blown. I’m playing it using the freeIntv RetroArch core.

The only things I kind of wish it did would be to auto set direction (point towards the hole) and club (for distance to hole) after each shot. And maybe multiple slopes on a green.

I love videogame golf. Glad to see a good installment of the sport on such ancient hardware.

My first console was the Intellivision, got it Christmas morning and remember being excited/disappointed that it was the vanilla Sears version. At the time I thought my parents were cheap asses, but I got over it when I started playing the games.

Some of my favorites that i owned were:

Microsurgeon
Atlantis
Night Stalker
Demon Attack
Burger Time
Baseball
Space Armada
Triple Action
Star Strike
Tron Deadly Discs
Dragonfire… This being the one I purchased for the first time with my own money.

The system and games are really cheap, not sure why i haven’t jumped back in again. Maybe this is one console best left in my memories. Meet Intellivision Amico - a new and unique video game system that’s redefining entertainment with family and friends. Amico comes with five premium, pre-loaded games, with additional games ranging from $2.99-$9.99. All games are rated E for Everyone...

This weekend at the Portland Retro Gaming Expo, Intellivision revealed their latest console that they'll be bringing to the market called the Amico.

Yep. There’s a dedicated thread for it here too:

We’ve seen systems like this in the past that have tried to be “disruptive.” But this one actually looks different to me. The team involved (full of seasoned industry veterans) and the promise of genuinely exclusive games (20 exclusives at launch) and exclusive retro remakes (!) actually makes this a far more interesting proposition. I really dig the simple controller design too. It feels like a very focused product with really great backing. If the games look good, it’s the first console o…

Intellivision homebrew has been pretty crazy in recent years. For 1979 console hardware, it has been pushed farther than I thought possible. 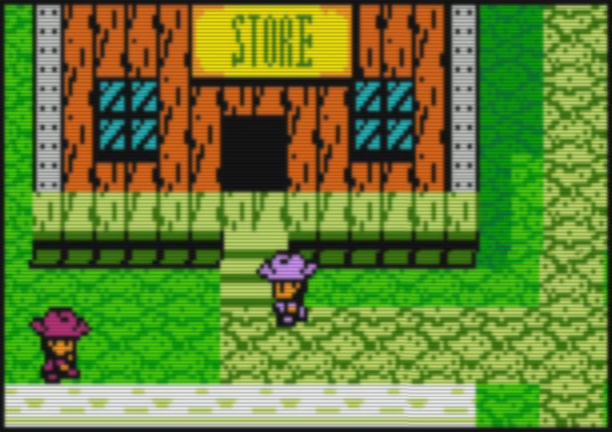 Quite amazing. Looks better than pretty much every game on the next gen of hardware (Colecovision/MSX/C64) and like mid Famicom even.