Is there any way to add a wireless remote to the Extron Crosspoints? Ideally I’d prefer to use a universal remote of some kind but dedicated is fine as well. I assume the remote serial port could be used to connect some sort of IR reciever maybe?

I saw this post on SHMUPS about a WebUI but my switch does not have ethernet (128HVA). I have also found this on Extron’s website but it doesn’t have the buttons I’d expect for operating a matrix switch.

On a semi-related note…

I know the Morph has been mentioned here but the Infinity Switch seems like an even bigger deal to me.

I still prefer a multi-output matrix switch for flexibility but this looks really cool. If they can deliver on the promise of ‘transcoding modules’ that would be huge, replacing current switches and transcoding boxes in one rack-mountable box.

Feels like that infinity switch would grow a bit long horizontally in my setup. But I love the idea! It’s a nutty concept. I hope they succeed.

I imagine it’s going to be super expensive in today’s world compared to a second hand BNC matrix. But the flexibility is undeniable.

A new HDMI solution for Wii

@ElectronShep
We heard you and worked to improve! Our latest AVE-HDMI (available for pre-order now) is on a flex for easy installation onto any Wii version after RVL-CPU-40. It also now has an on-board heartbeat LED to indicate proper functionality! Check it out!⚡️ https://t.co/8JrzkMOt76
3 Likes
AgentUnknown April 17, 2022, 4:55am #1830

Enjoying some Panzer Dragon Saga on the Saturn tonight with s-video through the Framemeister, a few screens with scanlines on and off. Also, after about 2 1/2 months with the Framemeister I think that I can safely say that I’m leaning towards getting a RetroTink 5x now. The Framemeister is still a great device but the 240/480 resolution switch is just too jarring.

Picked up a TVone C2-2350A on eBay UK this week. Have been watching saved search for a long time and finally got one at a good price.

I’ll be testing it against my Extron DVS 304 and attempting to simplify my setup.

Now I’ve run into another odd issue. Suddenly my Turbo Duo (the same one I’ve been using to post the TG-16 and PCE pics above) will not play audio through my Framemeister and sound system unless I do a “system restart”/full power reboot on my TV, issue started about three days ago. After repeatedly reseating all cables for both the Duo and powering off the Framemeister it kept occurring until I tried rebooting the TV itself. I now have to reboot my TV about once a day if I’m going to use my Duo with the Framemeister and hear audio, this doesn’t happen with my Saturn though (still the only other system I’m currently using with it). Anybody here ever encounter something like this with their Framemeister or other upscaling device or hear of this at all before?

@retrotink2
After several months of testing and evaluating options, I'm happy to announce that 4K60 video processing is no longer out of reach for retrogaming. With some head banging, I've figured out how to output 4K60 4:4:4 using FPGAs that aren't cost insane. "TINK4K" is coming... 1/3
2 Likes
Danexmurder May 2, 2022, 6:27am #1834

Can’t wait! I’ve been holding out for a 4K scaler. Still rocking my Framemeister.

Just to come back to this, I’ve been going down the Wii 480p rabbit hole again and I’m noticing that this must be the deflicker filter in action/inaction, people have been patching it out for Wii games (oddly on for most 480p games I think, although needed for games that are 6-bit/dithered)
Normal: 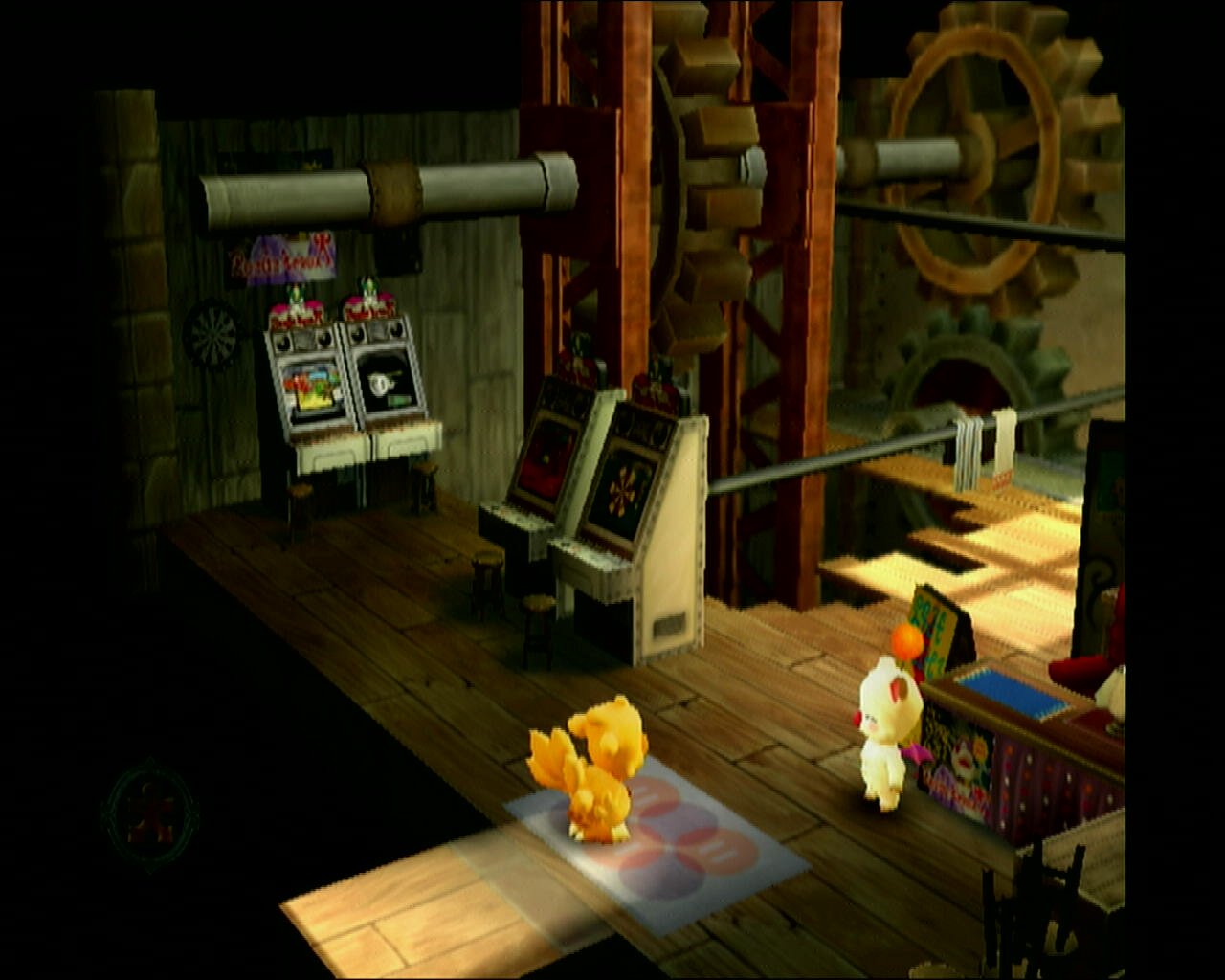 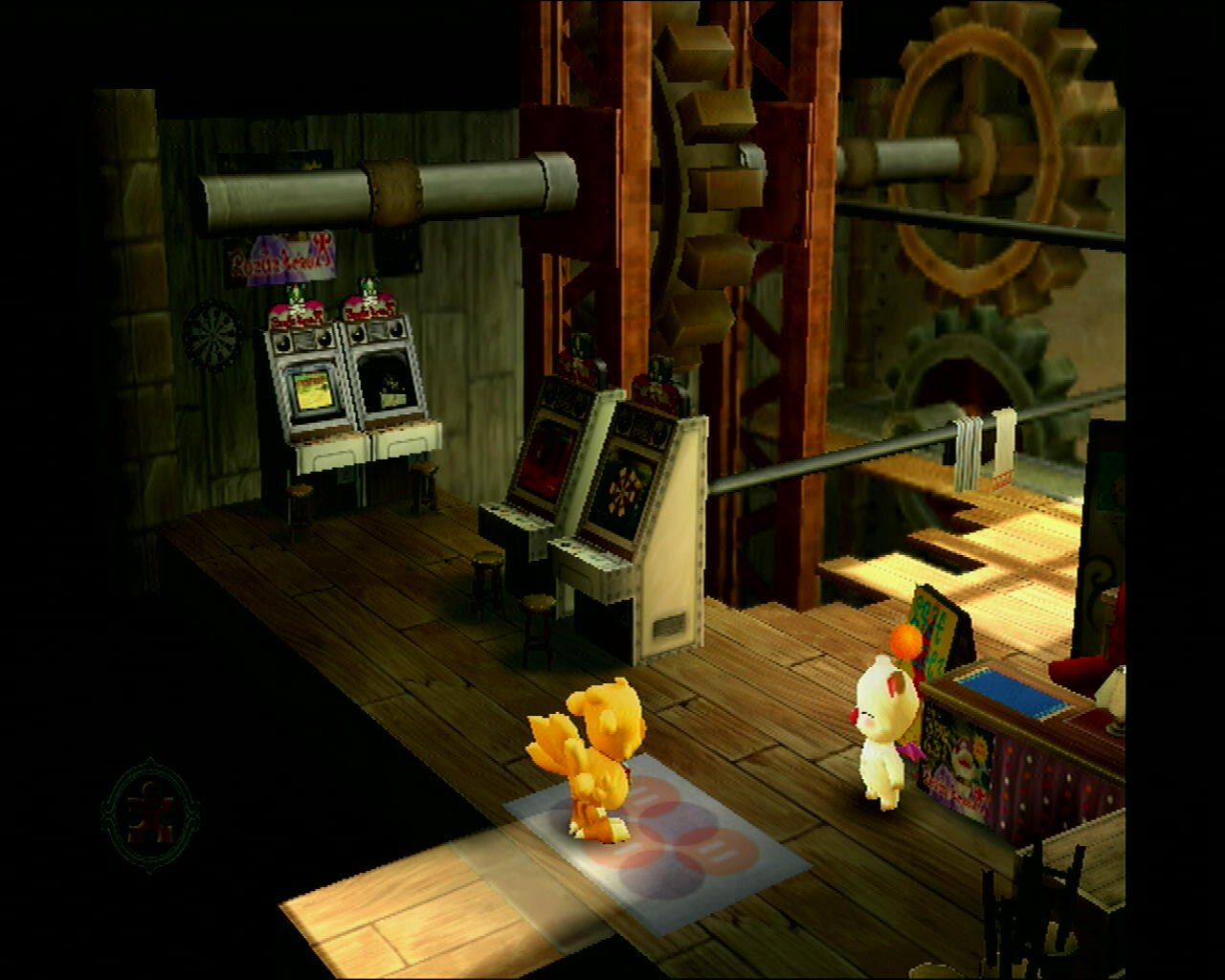 I don’t know if you could force it to be on for your 480p output but maybe you could get that soft look back.

Seems some GC games kept the filter on in 480p also, I’m not sure to what extent but your 480p Tales VGA pic looks a lot like those PS2 games that had no filter (Tekken Tag JPN, RRV etc) at least on the main character model
Normal: 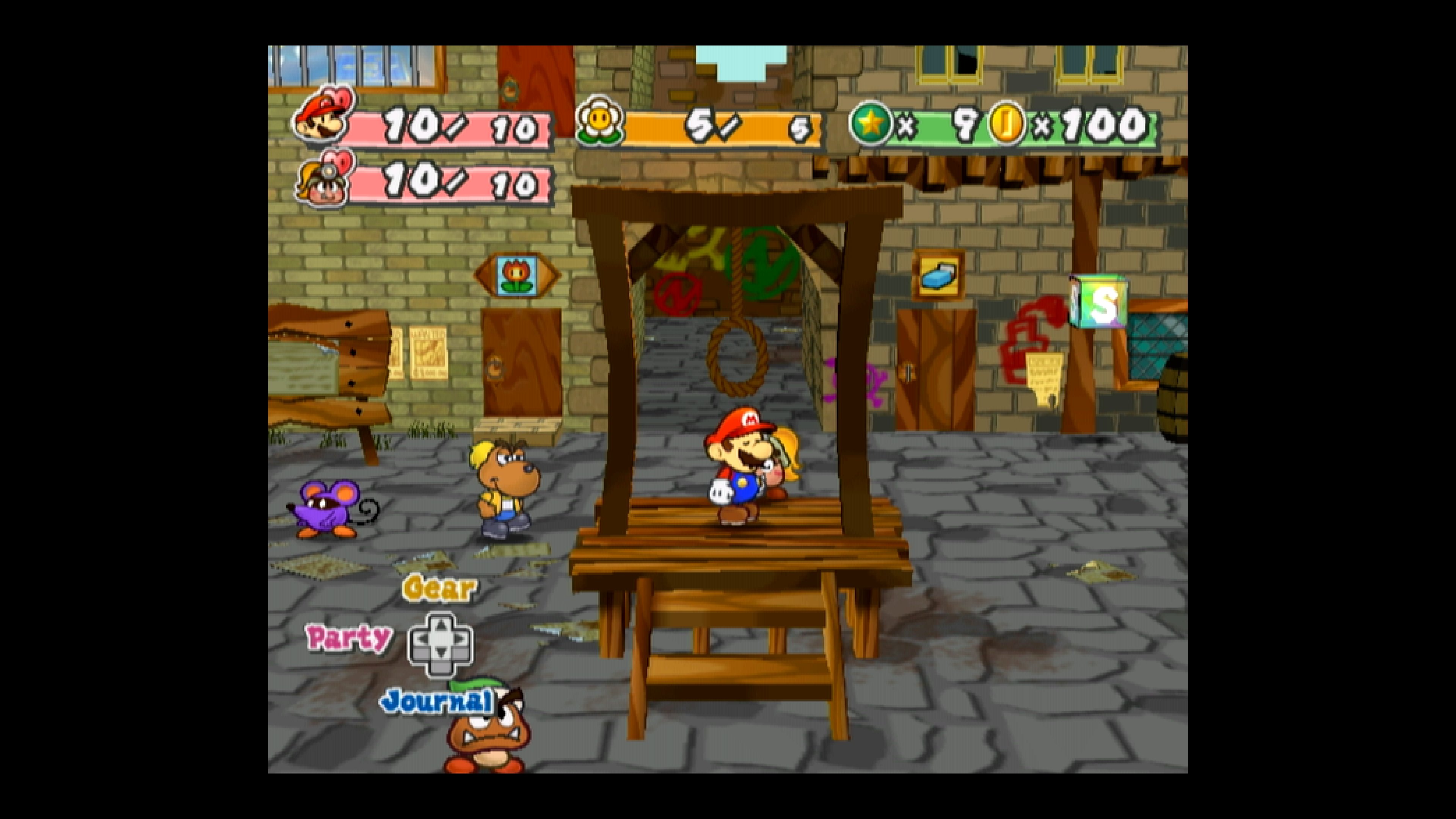 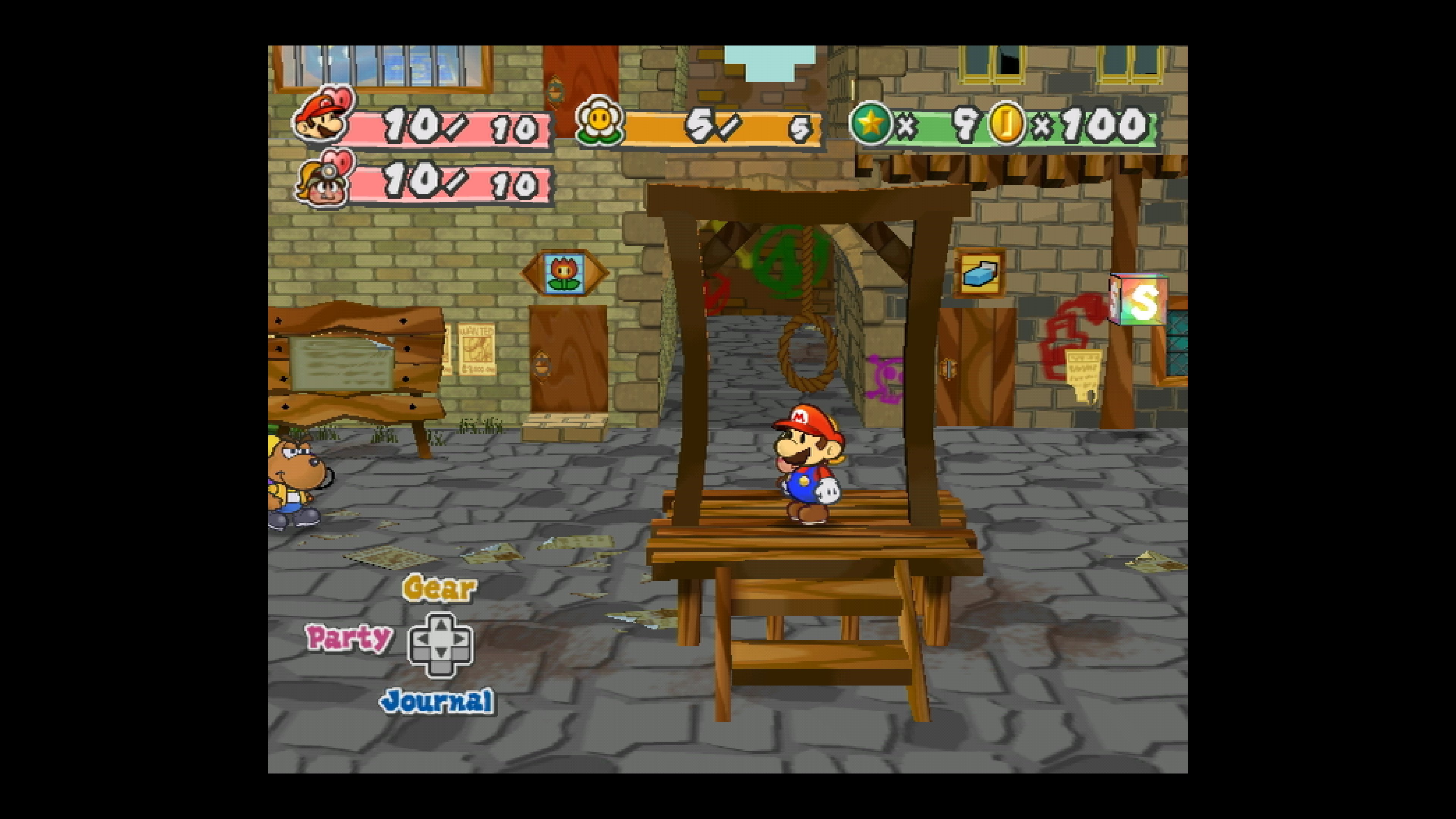 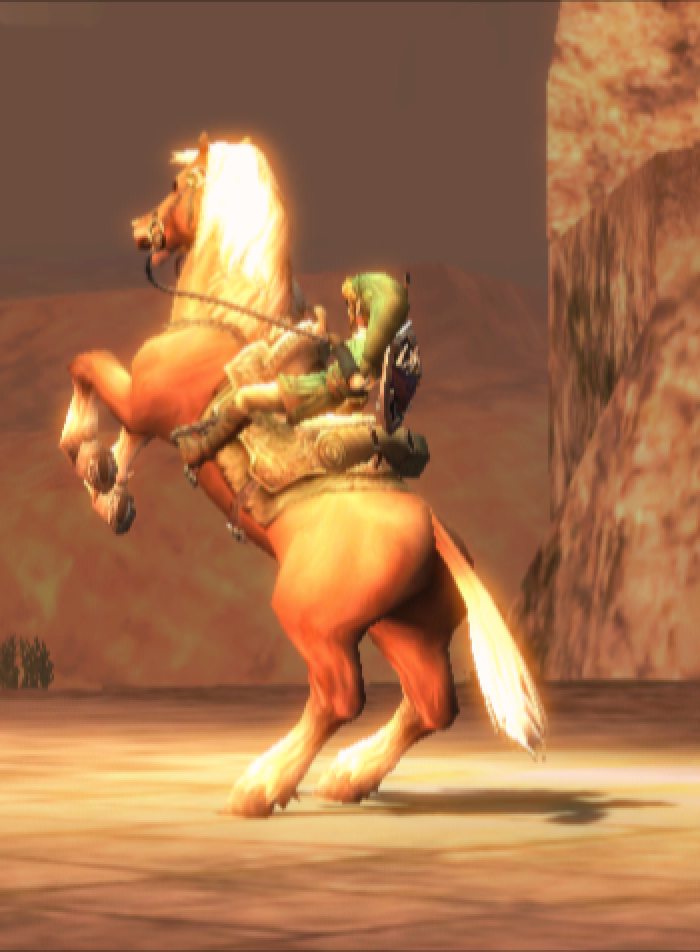 [Edit, sorry probably should have put these in the screenshot thread]

Ok, confession time: who’s the CRT enthusiast/hoarder dev for Annapurna that made Stray? 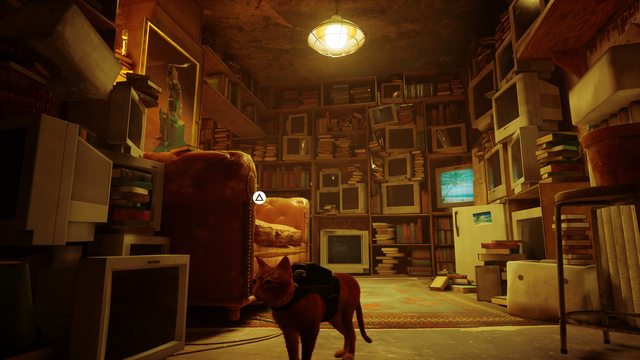 cat simulator / CRT enthusiast game lol. Where’s the GameCube and Iwata poster? I guess there are windows so it’s not a basement. 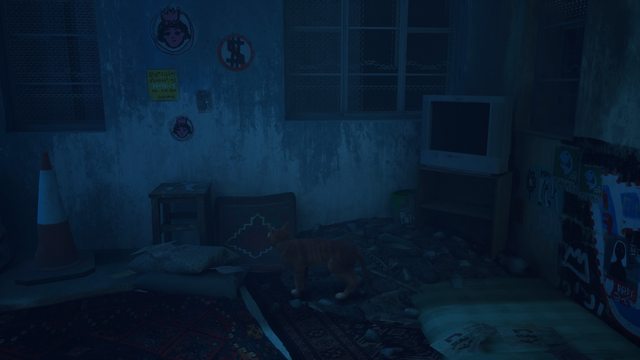 New HDMI and component option for OG Xbox users, can do both simultaneously as well ($65)

Deflicker is different from the 480p bug.

Interestingly enough, Extrems said the ‘480p SDK bug’ didn’t affect certain Wii models mine is a CPU-50, having tried the fixes when they dropped a few years ago I didn’t notice any change.

Oh okay! I think Nintendont has a flicker filter option in it, not sure about Wii game launchers

Most launchers have options for both flicker and 480p fix.

But flicker only happens on interlaced content so you’ll never see it on 480p. 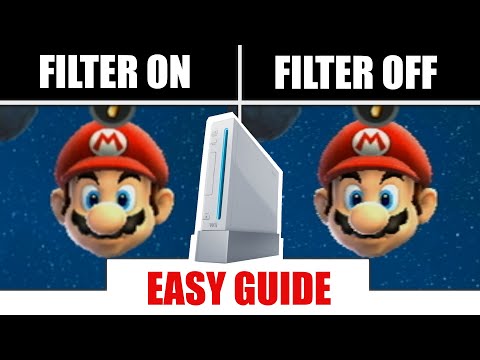 Yeah, Nintendont has the option. I’ve been using one of the builds of USBLoaderGX that also has the option for Wii Games. It seems it’s varied which games will turn the deflicker on/off originally in 480p. The deflicker/copy filter implementation itself seems varied between games too, I read some games intentionally implement it in 480p and so turning it off doesn’t always work as in Resi4 where it will reveal dithering. 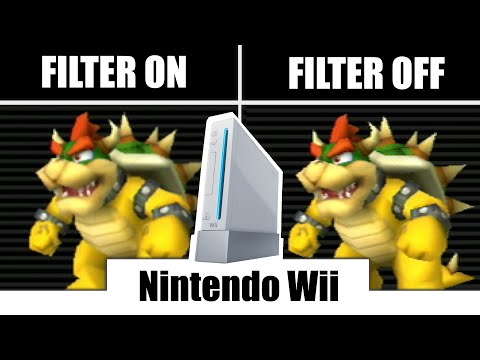 Seems to vary as much as the pause/home menu does between games. In that situation it depends on what version of the SDK games were built using.

Most of the time content looks better with a flicker filter on when you’re using a CRT. In that context you’re better off just leaving the filter on.

Hi guys,
I hope you’re all good and doing great!

Away from forums and boards for the longest time (for years, really) but not from gaming and retrogaming, I thought to get back on here as I believe this is the only place where I could find an answer to my question (on top of getting the chance to say hello again to some old friends

Basically, my Nintendo Switch’s getting ALOT of usage these days, especially thanks to retro compilations - such as Capcom Arcade Stadium, Fighting Collection, ACA NeoGeo, Arcade Archives… - but it strikes me that almost none of them comes with scanline filters that just work out of the box, on my 1080p monitors.
Some of them do - Capcom Fighting Collection is probably the best so far, followed up by SEGA Ages and Ratalaika Games’ ports, such as the recent Avenging Spirit - while others don’t - Johnny Turbo and both Capcom Arcade Stadium produce uneven horizontal artifacts at whatever screen size and type I pick up - and some others - mainly ACA NeoGeo and Arcade Archives - do kinda work, at the cost of considerably reducing the screen size (not a big deal on massive TVs, that becomes a little underwhelming on a 24/27" display).

Now, since I’m considering to upgrade one of my gaming PC monitors, could anyone point me to the right direction? Would a 4K display solve my issue? Would a 1440p one be more appropriate (I’m thinking about setting the console to 720p resolution and let the monitor 2x it)? Or maybe is it just a matter of getting a 1080p monitor with a better scaler (all my AOC and Asus panels don’t really shine in that regard)?
Of course I’d love to still be able to enjoy all the 1080p/current gen contents on it - so I wouldn’t trade my current setup for something that made ACA NeoGeo Garou look good, but Mario Kart 8 lose all its appeal - so I’m open to all kinds of suggestions.