After finally having to retire my 14 year old s-video enabled 1080p Plasma a few months ago and upgrading to a TCL 4K HDR TV and with currently little space for a CRT or a PVM, it was definitely time to get an upscaler of some kind so I ordered a Framemeister. Here is the auction I got it from: 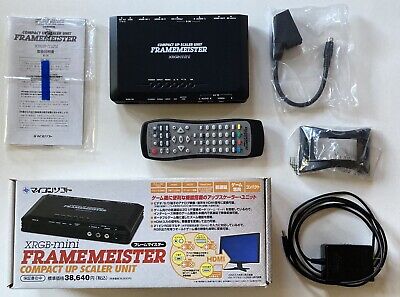 Framemeister XRGB-mini Micomsoft Upscaler Complete in box with all accessories. This Framemeister is in great condition. I am the original owner and I have used it for a total of about 50 hours. When not in use, it was carefully stored in a covered...

Looks like it has all the basic hookups I need so far, estimated delivery is next Monday. I also ordered an English overlay for the remote.

The main systems I’ll be using with it are:

My Turbo Duo which I had modded for both s-video and RGB years ago, the person who modded it for me also included a custom SCART RGB cable. Until now I have just been using s-video with it, this will be the first time I’ll get to use the RGB cable which I’m looking forward to.

My Sega Saturn with s-video cable.

My SNES with s-video cable (I’m also thinking about getting an official import SFC RGB cable for it).

Other systems I’ll at least be trying on it:

PS1 with s-video cable, PS2 (only have component and AV cables, I forget if PS1 s-video works on PS2), NES (composite) and my Dreamcast. I have an s-video cable for my Dreamcast and also a Hyperkin HDMI cable which uses the DC’s VGA mode anyways so not sure if I should just keep using the Hyperkin HDMI cable except for maybe certain games that don’t work well when forced into VGA mode.

Anyways, any advice or suggestions for use and set up for any of these systems is appreciated. I’m really looking forward to trying the Framemeister out, have been wanting one for years. I also did some research on the OSCC and Retro Tink but this seemed like the right option for me so far.

Firebrand X’s profiles are just about all you’ll need

It used to be a lot more cuddly before it supported profiles.

Thanks, will definitely check that out.

For some reason, Firebrand’s profiles never worked right for me. For example, I tried to use his Xbox settings and the zoom settings had the picture windowed instead of scaling to the top and bottom of the TV (1080p).

So instead I just used the explanations in this sheet: 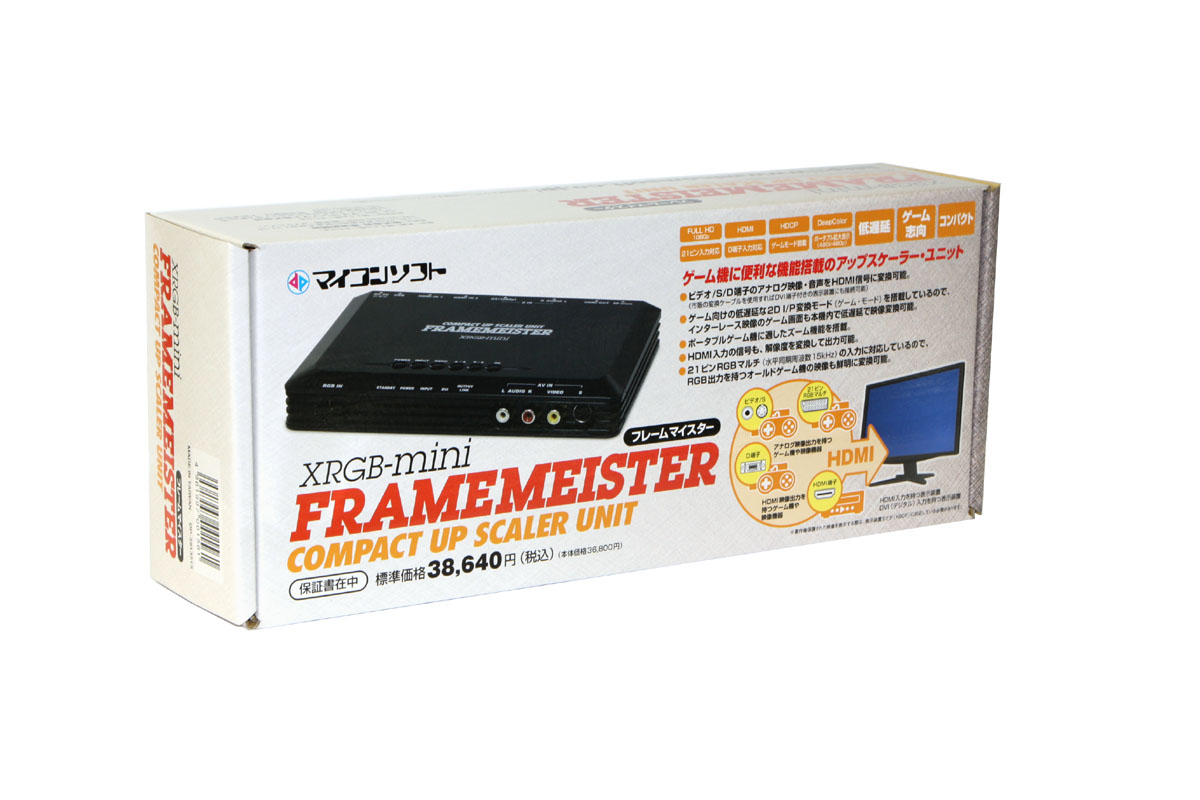 The Ultimate Guide for Framemeister Attention: the production of the Framemeister has stopped in summer 2019!...

Good to know, thanks, will try that as well. I’ve also read some mixed opinions on his profiles, some saying they can also be too dark depending on the system (this was partly in regards to a post I read from another forum from someone trying his TG-16/PCE profile).