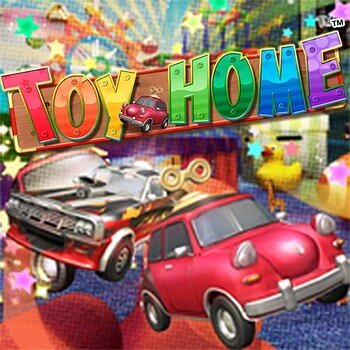 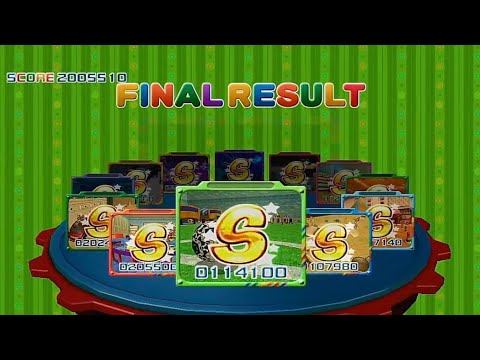 Here’s a completely unexpected delight from the unlikeliest of places. If you were looking for a Japanese arcade racing game with a lot of soul, you’d probably look away from PlayStation 3. A declining console market at the hands of handheld dominance meant that mid-budget driving games from companies like Genki, Cave, Namco and the like generally ceased to exist. Heck, Ridge Racer 7 was the last of its kind, and that was a big budget release for Namco!

So picture my surprise when I found - via idle browsing on MobyGames - a Japan Studio produced racing game, developed by Game Republic of all studios (Genji, Brave Story, Majin and the Forsaken Kingdom).

And it’s an absolute banger of a racer, owing its very existence to the Sixaxis controller.

The crux of the game sees you driving toy cars - ranging from a Mini to a classic sports car to a Monster Truck - around various rooms in a household. Visit each checkpoint to clear the level.
Of course if that were all there was to the game it wouldn’t be particularly special. So here’s a list of things that really stand out about it:

Every object can be driven into and toppled over for points

This is where the toy car setting really comes to life. Anything you can drive on is fair game, from sofas, to kitchen tables to doll houses. Crucially, though, almost every object in each room can be driven into and toppled over. En route to the final checkpoint you’re actively encouraged to knock over as many items as possible, the game’s level designers tempting you with rows of dominos, stacks of cards and sugar cubes, formations of figurines and so on. Score big points by chaining bouts of destruction together before a timer runs out!

This is where that Sixaxis controller comes into things. Toy Home was likely developed to showcase what the controller can do, and developer Game Republic really took that to heart and designed a driving model that absolutely sings with motion controls.

Tilting the controller steers your toy car, of course, but the motion controls add a layer of nuance to correcting oversteer and understeer which is never less than satisfying to pull off as you react to the sound of your car as it screeches around corners.

Better still, mashing the square button engages the a drift that sees your car teeter on to two wheels - a precarious driving form that just feels great to carefully adjusting by tilting the controller.

One runthrough of the game’s Basic Tour takes you through a number of stages and two bonus levels, in about half an hour’s play. You’re ranked based on your score at the end of each stage, and at the end of the entire course. That’s where the replayability comes in.

I’ve yet to see an S rank, and A ranks have been exceedingly rare. You have to be good to score big in Toy Home, and that’s equal parts down to mastery of the controls and familarity with the stage layouts. This is one of those games where you notice new ways to boost your score with every new run.

Bonus: 15 years after release and the game’s online functionality is still operational

Don’t tell Sony this, because despite killing off the online for Gravity Rush just two years after release, and myriads of other overlooked games, Toy Home’s online multiplayer and its leaderboards are still fully operational…it’s almost surreal seeing leaderboard entries from 2007 sit alongside freshly earned high scores from the current year 2022.

It’s a special game, then, one that uses physics to greatly enrich the driving. In a way it comes across as much a lost Wii game as it does some sort of lost arcade game, and it certainly harkens back to a game when Sony, and more specifically Japan Studio, were more than happy to greenlight experimental games, even if said games ended up being relatively obscure.

What are your thoughts on this one?

Port it to Steam and play it on the Steam Deck?

Love the concept and execution. Too many of these motion derived games go the route of Kinect and the Wiimote and … uh, extinction.

I’m psyched for this game as it’s the closest in design to my work-in-progress game Daily Driver that I’m aware of! I feel seen.

And I didn’t know about its existence until you sent me a link. So thanks!

I’ll be buying (yet another, again) PS3 to play this.

Excite! I’m up for some online matches btw, no idea how the online works in the game but the servers are still up!

Cannot figure out how to pay for this game!

Seems like Sony has removed the option to pay with credit/debit card directly from the PS3 and Vita stores - similar to what happened with Wii U and 3DS:

Your next best options are probably prepaid PSN credit codes, or topping up your PSN wallet using the website, presumably you can add funds using a card/PayPal there!