Hey everyone, as we fast approach Christmas, tis the season to be merry, be with our family, and watch the greatest Christmas movie of all time: DIE HARD. I watch this every Christmas Eve, going on 20 years now, and it continues to be an amazing, hilarious, and thrilling focal point of my Christmas season.

THANKFULLY, there are a multitude of games available to tie into this Christmas Classic. I’ve listed some of my favourite below, though there are many more that I’ve left out. What’s your favourite Die Hard game? And do you plan on playing any over the next few days?

Only released in Japan, though there is an English translation available now. This is a really fun run-and-gun top down shooter. Lots of baddies to plow through, bosses ripped straight from the movie, and various weapons to collect via powerups. John McClane has a fair number of quips in between level sections, feeling true to the character. I played a lot of this last Christmas, and will probably boot it back up again in the next couple days. PRO-TIP: Keep a pen and paper handy, because one of the early levels is a maze, and taking the wrong exit will send you back to the beginning!

Probably the game I’m least familiar with on this list. The cutscenes are pretty neat for an NES game, though I don’t have many other memories. Would be interested in revisiting this one too.

I rented this one a TON back in the day. Basically three “games” in one, each based on one of the Die Hard movies: The first movie is represented by a third person shooter with sound clips straight from the movie. The second is a lightgun game very reminiscent of Virtua Cop. And the third is a timed racing game (Think Crazy Taxi). All in all a super fun game, though I haven’t played it in probably close to two decades, so who knows how well it holds up.

This game plain ROCKS. Originally released as “Dynamite Deka” in Japanese Arcades as a non-related but TOTALLY INSPIRED by Die Hard game, Sega was actually able to get the Die Hard license when localizing. A 3d beat-em-up with tons of over the top action (You fight a firetruck and robots!), and a whole lot of fun. Best played with two players. PRO-TIP: The Japanese Saturn version is cheap and plays perfectly with an Action Replay, even translating the button prompts into English!

This sequel creates it’s own story, taking place in Vegas, but retains the three different gameplay modes of its predecessor. However, unlike the original, you are constantly bouncing between the three modes while going through the story. I remember enjoying this one too, maybe I’ll revisit it as well.

Well, are you guys in the mood yet? Maybe put some Ode to Joy on, take your shoes and socks off and curl your toes in the carpet, eat some twinkies, and PLAY SOME DIE HARD. Merry Christmas, everyone!

I played some Dynamite Deka today on the Saturn in honor of this thread! I didn’t even know there was a Die Hard Trilogy 2 on PS1. Cool stuff.

thank you for making my day. HOLY SHIT what a blast from the past. As a kid, every time I went to the dentist down the street from my house I would spend so many freaking quarters on (what I’m just now finding out is) Dynamite Deka. I never thought I’d hear about that game again! I plan on getting into Saturn next year, and that’s a must-buy.

Die Hard Arcade is where it’s at.

The NES game is the best Die Hard game. It’s awkward and not very good looking, but is a shockingly realistic and accurate portrayal of the movie for an NES game. It’s like a better Metal Gear in many ways. A real gem.

Played tons of Die Hard Trilogy when I was younger, rough looking but fun game!

Dynamite Deka is rough looking but fun too when I think about it, not played it as much as I required it only a year or two back.

This is a great thread! I got die hard trilogy awhile ago, but have never played it. I really need to get on that!

Love the thread idea! I’ve never played the games but I was at a Xmas party last night and Die Hard was on the TV!

Die Hard Arcade is so much fun

Last night I had a chance to revisit Die Hard Trilogy on the Saturn. First off, this game is WAY uglier than I remember. The characters have weird digitized faces, but the bodies are out of proportion and weird looking (See the Die Hard 2 screen below).

The first game, Die Hard, is a pretty fun run and gun where you shoot down terrorists (Thieves, sorry) while rescuing hostages. The controls are stiff, but the game moves quickly.

Die Hard 2 is a Virtua Cop clone, and without a lightgun it is TOUGH to play. The framerate is atrocious, and your cursor has input lag and skates around the screen, making aiming HARD.

Die Hard 3 plays kinda like Crazy Taxi. I barely played this one since guests arrived, but I seem to remember it being my favourite of the three. I’ll have to play some more in the next couple of days.

Die Hard Arcade is a real gem… and now that I know there is a PCE version of die hard, I guess I know what I’m doing tonight…

Ran into this bad boy today.

I’ve only played the first PSX trilogy. Loved it. I seem to remember that it won’t run on my chipped slim PS2 or maybe my PSone?

And are the voice clips really Bruce Willis? I always thought they were a voice actor doing their best Bruce Willis impression.

Anyway, I need to try the NES version. And the second PSX game, though the different developer worries me.

The Windows FPS game intrigues me greatly! It seems to be a scene by scene recreation?

Wasn’t there a Die Hard 64 Prototype released a couple of months ago? Anyone actually tried it? 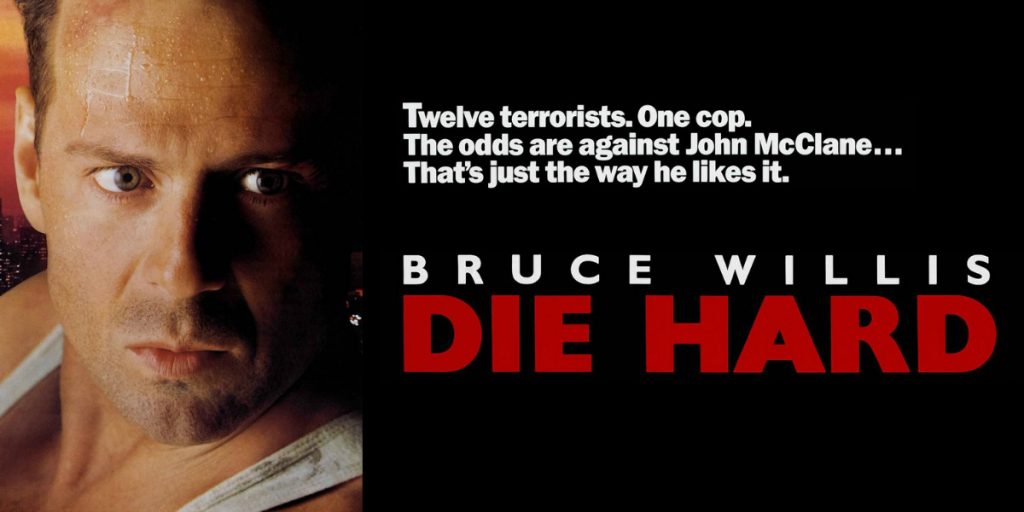 Becoming a legendary lost game after unconfirmed rumors of screenshots appearing in gaming magazines, Die Hard 64 was one of three Nintendo 64 projects in development by Bits Studios, along with RiQa and Thieves World. Unfortunately, none of them... 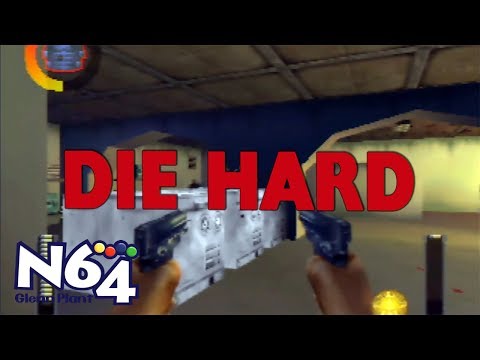 First time seeing this thread as it was before I joined, but I must say, I’m loving the dedication to a series of licensed games here - exactly what makes this place so special for me!

And I had no idea there was an N64 game in the works, presumably it became Die Hard Vendetta? The bullet time part looks very similar to one of the screenshots I remember seeing in magazines.

The NES game is the best Die Hard game. It’s awkward and not very good looking, but is a shockingly realistic and accurate portrayal of the movie for an NES game. It’s like a better Metal Gear in many ways. A real gem.

Interesting! My only exposure to the game was via the Character AVGN’s video in the mid 2000s, and it certainly looked extremely unique for its time.