Every week some buddies drive over to my house and we play multi-player games for an evening.

We started with the Wii, which is great for 4 player games. Wii U was also great, and Dreamcast and original Xbox. Switch is great and with SNES Mini we’re doing a lot of 2-player or turn-based multi-player games.

Anyway, the week before Christmas we add in a special rule: the games have to involve snow.

That could be something as obvious as Snow Bros, or ice levels in a game, or Winter in the title. Which brings us to the mainstay of most of these one-off events: Winter Sports games.

So many laughs at the commentary in Winter Sports The Ultimate Challenge (we played it on Wii). 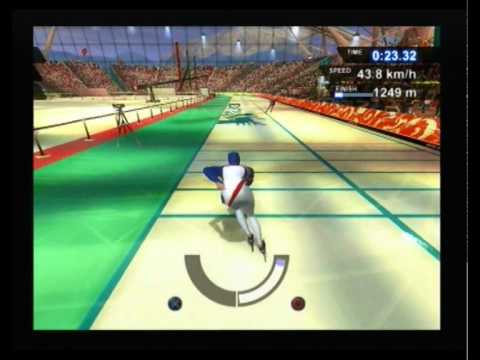 But I digress, tonight we discovered a real gem that none of us had played before: Winter Gold on SNES. We booted it up and all mocked the look of the logo screen (what is that?) but suddenly the intro kicked in and we were gobsmacked. It’s more Amiga Demo than SNES game intro. 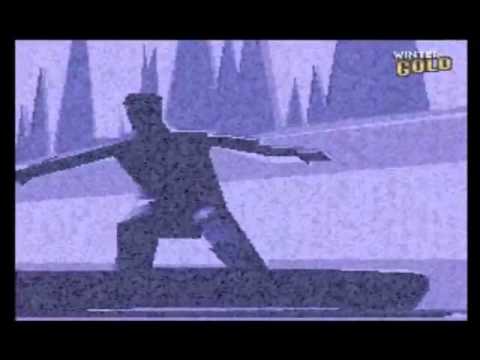 But that’s not all, the game looks and plays brilliantly. The one downside is that there are only 6 events. Still, we had a lot of fun and we’re all going to practice over Christmas and have a real competition in the New Year. 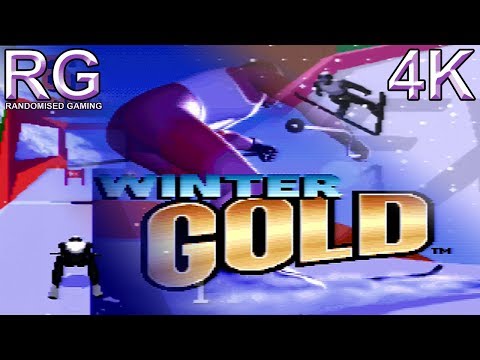 Anybody have any favourite “Winter” Games?

SSX 3 on the Original Xbox is my main Winter game. I’ll make a run from the top of the mountain to the bottom. Takes about 20 min.

That’s my jam too! I use the PS2 version usually though. I love that mountain run!

@blastprocessed @ResidentDante Are you guys talking about this? Looks amazing.

Yes! If you’ve never played SSX3, I really recommend it. Open structure, levelling and lots of routes down each mountain to choose. So cozy when it gets dark and you stop at a lodge and go to buy new gear, then head out again to the slopes. It even changes the time of day to night, although scripted, as you traverse down the mountain.

Sure is! Such a great game and amazing soundtrack

I’ll be firing it up tonight

Love this game! So many hours wasted in high school.

I never played any SSX games other than Tricky, which I really liked at the time, but which felt very repetitive when I revisited it a few months ago.

The first SSX really grabbed me. It’s just pure arcade gaming. I didn’t get into the rest of them.

SSX was the perfect storm. Being a PS2 launch title, and one of two games I owned at launch, I played the absolutely crap out of it (Sorry “Summoner”!). I had that game absolutely memorized, it was a super good time back in the day.

For me, I received Super Empire Strikes Back one Christmas from my brother… That was an amazing gift, and starting with levels on the snow planet Hoth fit the season perfectly. I still think of that game when I think of “Winter” games.

Christmas Nights of course, but Metroid Prime and Phendrana Drifts will always hit that feeling for me. Just happened to get it as an early christmas present back in the day. Made it there on one of the colder evenings that year…everything just fit perfectly.

Slightly off-topic but I remember going to my local video rental store to rent 1080 Snowboarding on the N64 and somehow ending up with Nagano Winter Olympics 98 instead. I didn’t discover it until I got back home and was sorely disappointed lol.

yeah, christmas NiGHTS seems obvious, starting shenmue 1 in the winter feels cool too. all the good picks like SSX are already taken here!

some games i just play in that season cause that’s when i first played them, like say MGS3.

SSX Tricky was my jam on gamecube, I never owned it, but it was tons of drunk fun at my buddy’s house.

@gingerbeardman
TIL there was a Japan-only ~Christmas Disc~ edition of @YootSaito's The Tower (aka Sim Tower overseas) https://t.co/VL9cStfcjz

Off the top of my head:

bit of a controversial one after what all went down, but last gen, i really loved Night in the Woods - just a great indie game with fantastic writing at parts, and the genre shift it goes through later was neat too. wish that one saw a physical release already