I know we mainly talk about retro games but man I am loving this game so much. I am seeing a few threads on other websites that people are review bombing metacritic! (possibly for being exclusive to switch).

I am trying to figure out how to explain the game but its part Part Batman: AA (investigation), part Deus Ex Machina, & part DMC (with a splash of Nier Atomota). Whatever the ingredients of this game is, the fact that its got all these things going for it just makes this old school gamer feel right at home with an interesting game.

I am about 8 hours in and I don’t think it will leave my Switch until the credits roll. This isn’t something that is often done with modern games. Recently quit Fire Emblem Three houses because of the amount of nonsense around the game that had nothing to do with what I loved (Strategy RPG).

Lastly, the Music. I just can’t get over how much I love the music. Even if you aren’t into these types of games, you should really check out what Platinum posted already on their blog. 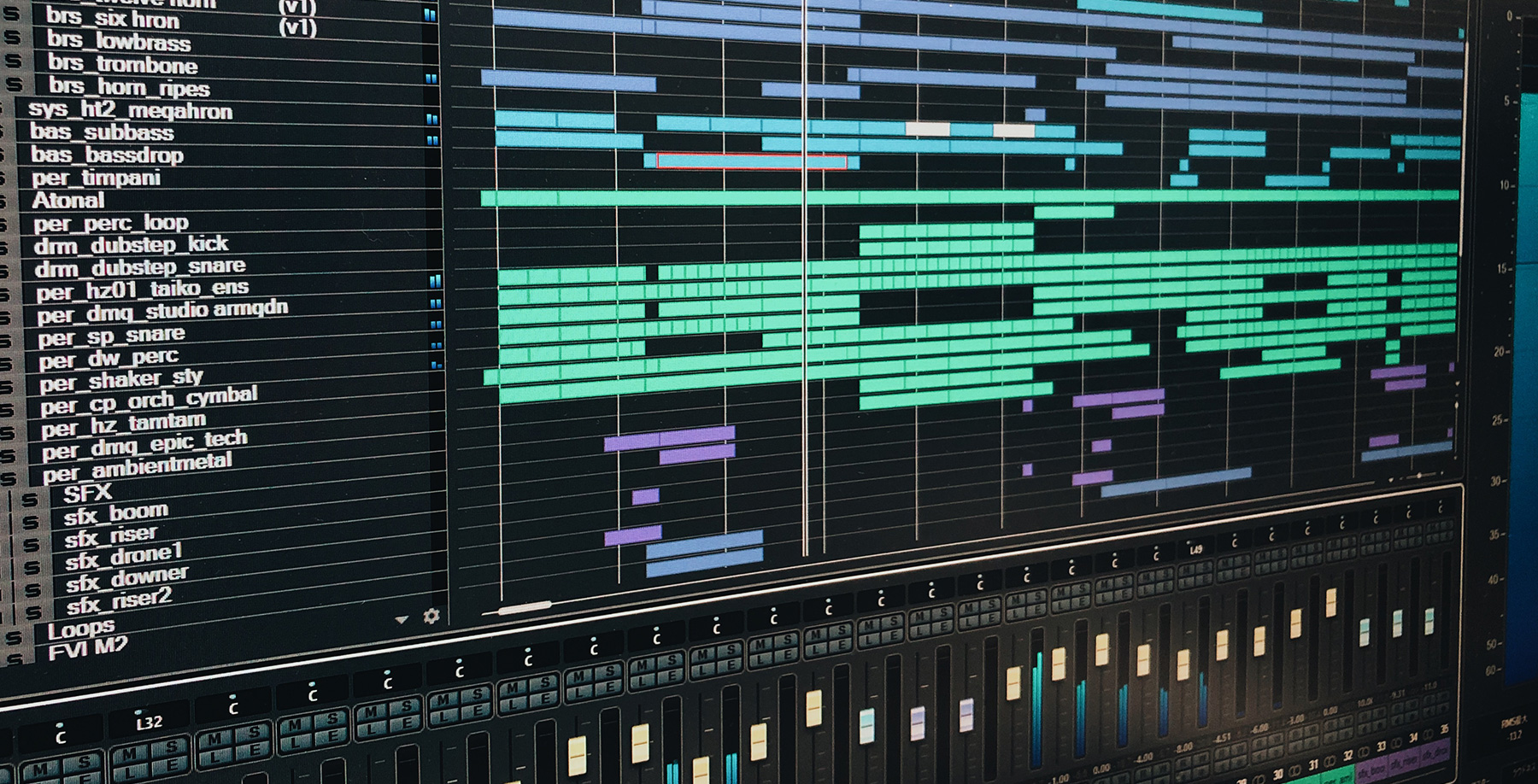 Hi again! This is ASTRAL CHAIN lead composer Satoshi Igarashi. As I mentioned on last week’s devblog, I wrote […]

Anyway, I hope other people are playing this game and enjoying it as much as I am.

Also, Hi everyone, its been a while since I posted anything. Life has been very busy.

My buddy is bringing it round to my place on Thursday. I’m sure I’ll buy it straight after! Sounds superb.

I’m playing it. About halfway through I’d say. I’m enjoying it but I do have some gripes, namely the camera in battle, the targeting system, and the silent protagonist. These things are definitely hurting the experience somewhat for me, especially the first two which make combat much more frustrating than it should be. All that being said I’m still having a good time in spite of these issues.

The camera and targeting issues are fair gripes. Didn’t find it annoying until the flyers that shield link with other flying enemy types started showing up.

Any time there’s more than a single enemy to fight I know I’m going to rage lol. So frustrating! It’s extra frustrating because otherwise the combat is really fun! I didn’t figure out until way later that the combat ranking is based on variety of actions and less so playing flawlessly. Interesting design choice. I can see why some might like it that way and others might hate it. I have no problem with it, except that’s it’s very different from what one would normally expect and so I wish it was spelled out for you clearly that that’s how rankings work. Maybe it was and I missed it but I don’t recall.

I’m enjoying it so far, but really, I’ve got almost 18 hours on my save and I’m still on chapter 7. This game definitely suffers from including too much repetitive bloated content.

For every excellent piece of exploratory platforming, adventuring and combat, there’s half as many dull equivalents. The legion puzzles can be the worse - at times there are flashes of inventive platforming or arrow aiming, but all too often you’re just switching legion to press a button on a particular object. Likewise binding runaway NPCs never gets any deeper or more engaging after the first time.

It’s a shame because there’s a lot to like here, but unlike some of Platinum’s best games there’s also a lot here that I would never want to replay again. Luckily you can just skip to the parts of chapters you want when replaying for higher ranks, but that does just do more to highlight the inconsistent nature of the game since your overall chapter rank doesn’t depend on a single terse playthrough.

So yeah, it’s good, even great in places, boring in others.

I ended up dropping this one, got to file 08 but the repetition really did set in since the same locations, sidequest/combat mission types were popping up in the last two files and I realised I was only really playing on for the story.

There’s a lot of good in Astral Chain, but it really does feel like they’ve tried to pad out the running time to address some complaints that action games are too short. There’s so much I wouldn’t want to replay again that it’s just led me to want to replay chapters in Bayonetta instead.

Not everyone has to like everything. At least your criticisms are articulate and non inflammatory.

It’s one thing to say you feel there is too much padding, it’s another to say “it’s trash” which you don’t do but usually is what happens on the internet.

I see some people saying they beat this game in like 20 hours or something, and I’m sitting here at the start of file 8 with 22 hours on the clock. There’s a lot to do in this game, and if you don’t like like doing those things then I can easily see it being a reeeeeal slog. Heck, for the most part I enjoy the things the game has me doing and I still find myself wishing the files were shorter. They’re kinda like a movie that runs 30 minutes too long. A shorter, tighter experience per file would do wonders I think.

Not everyone has to like everything. At least your criticisms are articulate and non inflammatory.

Cheers, appreciated. I did notice a couple of reviews also found issues with the pacing and less interesting sections of the game so I’m glad it’s been noticed! You’re right that a lot of the time people just react on emotion and say the most reductive things about why games may be amazing or rubbish!

I see some people saying they beat this game in like 20 hours or something, and I’m sitting here at the start of file 8 with 22 hours on the clock. There’s a lot to do in this game, and if you don’t like like doing those things then I can easily see it being a reeeeeal slog. Heck, for the most part I enjoy the things the game has me doing and I still find myself wishing the files were shorter. They’re kinda like a movie that runs 30 minutes too long. A shorter, tighter experience per file would do wonders I think.

Yeah, the game could do with being about 10 hours shorter, which might bring a thorough playthrough down to 15 hours and an action-focused one down to 8-9 hours.

I originally thought my apathy toward some chunks of the game (the early investigations were particularly irritating because it was obvious it would be a chimeria anyway!) was down to expectation - me wanting another straight action title like Viewtiful Joe, God Hand or Bayonetta.

But I started enjoying it a lot more around files 4-6, and I never really found problems accepting it for what it was. It’s just that there are too many moments in the game that I wouldn’t play again, it’s like the game’s structure is at odds with the combat sections. It’s come at the expense of chapter ranks which I went into earlier in the thread. Like you mention a shorter, tighter experience would have been great.

Yeah I appreciate what they are going for but it could use some reworking imo. I like all the things happening, it’s more just a matter of balancing it all out a little better I think and making sure the pacing feels really good, like you said. The game has done very well for them it sounds like so if there’s a sequel hopefully they can tighten it up.

After 22 hours my personal wish list of tweaks hasn’t actually changed much at all from when I started. I’d like to see them adjust the pacing/padding, tweak the camera and lock-on system, adjust the combat ranking system so it’s more balanced between style and “skill,” and voice the protagonist. In spite of these criticism I’m enjoying my time with the game, and when it hits a good groove it’s GREAT, but I may not go back and replay files like I had originally intended to.

I’ve been playing on casual because ranks bug the shit out of me. I want to move up the challenge but a few points that you said. I just feel like getting through it as fast as possible. I’m not as over the moon with this game as i was in the first few hours but im enjoying it for what it is. All the chapters feel like they are 30+ minutes too long.

I’m very curious about this one. I’ll probably buy it sooner, rather than later, because I’m a sucker for Platinum Games stuff, even though they’re usually quite difficult. I enjoy punishing myself with their games, for some reason. The camera issues aren’t surprising - that seems to be an issue in most of their games, because they’re generally designed around set pieces, versus truly open environments. Most of the time, it works out okay, so I won’t put too much importance on that. This could be a nice tide-me-over until Bayonetta 3 comes out, but I’ve been hearing pretty good stuff about this, so maybe it’s more than that?