Can we talk about shmups? What are your top 5 of all time and why?

I was actually playing the Nes-version. I do own the arcade-version as well on a few compilations, but my nostalgia is with the Nes. Which is a great version imo.

Just got to try Twinkle Tale yesterday. Fantastic game. I love the very Mega-Drive-y art and the game moves at a perfect pace. You never feel like a hitbox issue or cheap attack got you (only up to the third level so far), and having multiple weapons at all time opens up a few different approaches to each situation.

First, to answer the topic question (in no particular order):

Second, I have recently started a nonsense video series on shooter intros. Take a look and please enjoy! Very open to suggestions for what to include.

Yea, this is still my number 1 as well. What a game! I have the Japanese version though (layer section).

It took me a long time to appreciate it, for some reason (I think it’s because I played it in close proximity to Radiant Silvergun when I first got it). Tate mode was such a confusing concept to me back in 1998. I kept thinking that if I turned my TV sideways, my parents would kill me.

Honorable mention to Darius Gaiden as well. I love that game, though I have never beat it.

kept thinking that if I turned my TV sideways, my parents would kill me.

A safe assumption in my childhood home.

Heck they thought just video games alone were enough to “damage” the TV. We argued this constantly and I said there’s literally no way that is true.

No different than the ticker on their news channel

In no particular order:

Just started working through Elemental Master - holy jeez it’s fun. I find myself really leaning on the “fire” weapon though.

So I got emulation up and running nicely on my PSP, and played Gun-Nac for the first time for NES. 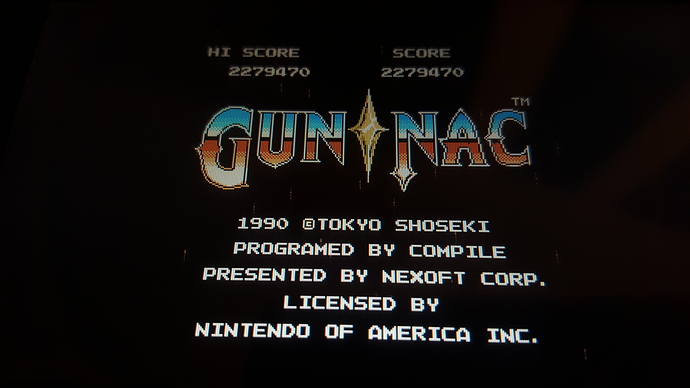 I can see why this game is hyped so hard, when considering the system it’s on, and the date of its release. The graphics, sound, and smooth-ness of the gameplay are real outliers on the NES. I had fun with it, but I found it much too easy for the first 3 levels. From there the difficulty ramps up fairly quick.

I didn’t really like the weapons though. Weapon number three doesn’t hit that hard, but it’s homing, so I stuck with that as much as possible. I was a little upset at how cheap it felt, being able to just hold the button down and sit in the middle of the screen for entire levels. I feel like they could have made the weapons a lot more balanced so you’d have good reason to use the others.

Most of the bombs felt useless, and I found myself sticking to the circle of fire or the rain/ice one.

All in all, I would definitely like to play it on my NES and CRT for the proper experience, as it’s a very impressive game for the time. One more reason I need to get an N8.

I wish I could have fit StreetPass Squad/Mii Force in there.

Great games highlighted in this thread so far, you guys have good taste! These are the 5 that hold a special place in my shooting game heart… 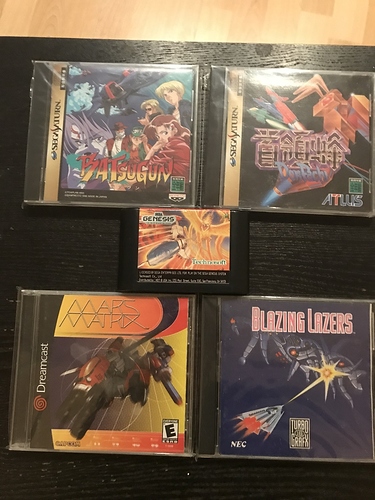 Thunder Force III blew me away when I first played it, and it’s still great to fire off for a quick game.

Mars Matrix was the first time I played a shooter mainly coop, with a close friend of mine back in my college days.

Lastly, Blazing Lazers is what made me fall in love with shooters. Made me choose the TG16 over the Genesis back when I could only choose 1 system.

That one has hidden bonus stages

Parodius - From Myth to Laughter - Arcade. Living in London I was fortunate enough to play this at an arcade in Soho London and just fell in love with the visuals, music and gameplay. That bright optimistic and vibrant creativity of Konami 90’s just oozes in this game.

Magical Chase - pc engine. Really tight and on point gameplay and initially I bought this long before it belonged into this stupidly high price club. Another cute game that has great charm in the colourful graphics and the coders for this are competent too. I love the music in this.

Panzer Dragoon Zwei - Saturn. it’s pretty daunting at first with the 360 degree rotation adds a little frustration but after a few plays like all games you become accustomed to the gameplay. The graphics become more and more amazing the further you get into the game and the music is just phenomenal and emotionally engaging and at times has suspense and beauty. Such a great gift to Saturn owners.

Cotton 2 - Arcade/Saturn. Another beautiful 2D game with street fighter-esque special moves to pull. Gameplay is again tight with some fantastic 2D effects and another showcase for Saturn 2D beauty and great character and map designs.

Radiant Silvergun - Saturn. This is a shmup on an opus scale. It really does feel like some kind of space opera with all the drama of an JRPG. The characters and aliens you fight are drawn out in a very long game by shmup standards and if you can play it from beginning to end it will feel like half a day has passed where you are played out in this drama of life and death, emotions and philosophical questions that Treasure has presented to you in this very game. What a game in 1998 and it’s like the swan song glory added to the Saturn’s library.

Fully upgraded weapon #4 is my favorite!

I played Blazing Lazers for the first time a couple weeks ago… Great game!

I’ll try that next time I play. I feel like I shoehorned myself a bit by just sticking to #3.

In no particular order:

I haven’t had much time on this genre, so I’ll post my best.

This is a hard one to answer. There’s just so many damn good entries in the genre, and some of my choices can swing depending on the mood I’m in and the type of shmup I’m feeling. For right now my top 5 would look something like this. 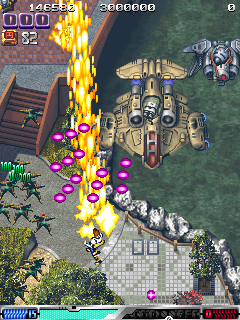 This one will probably always be my favorite. I love Cave, and they made so many ridiculously good games, but this is the king for me, and I can not tell you how excited I am that it will finally see a home release after 2 decades. Everything about this game just clicked with me, the mechanic with holding a shield and then getting this powered shot when you let go, man just everything about it. 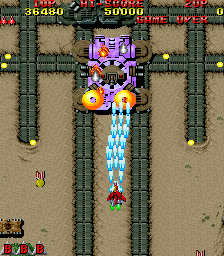 This is a shooter that I just find myself coming back to time and time again. I a lot of different versions of it, and honestly any of them I could easily lose a few hours to. I’m sure you all know it so I don’t think I have to say much here. 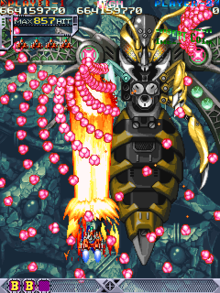 I know there are newer entries in the series, but this is the quintessential bullet hell shooter to me. I feel like some of the later entries get a bit too convoluted in their scoring mechanics, and game play. This one just balances everything just right. 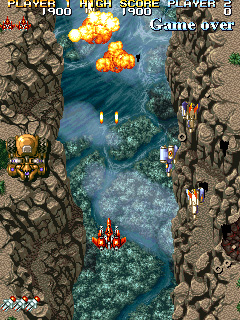 I love the visuals on this game, there are a ton of little details here that just work great. It’s very blatantly a Raiden clone if you will, but its probably one of the most well done ones out there. 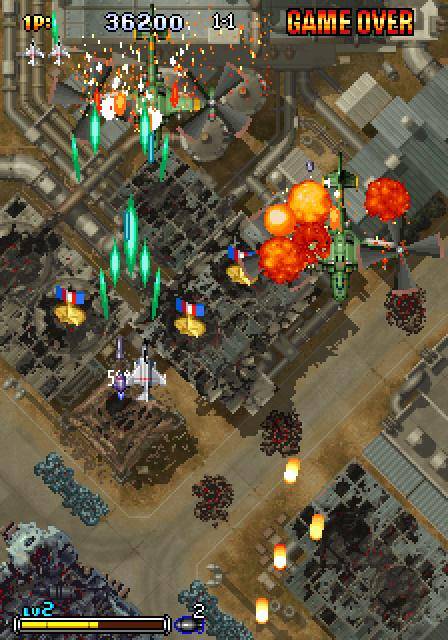 Another one that has taken forever to get a home release! Thankfully its coming to Switch at some point this year. I feel like this is the pinnacle of Psikyo shooters, and definitely of the Strikers 1945 series. Tons of ships to pick from with different abilities, and my favorite levels out the series.