I have three different versions of Dragon Quest III I still have yet to play: A mint, boxed copy of DW III on GBC I bought a few years ago, the Switch version which I picked up from an eShop sale last year and a fan translation of the Super Famicom port on my SNES classic. What are the pros and cons of each version? The Switch version looks really nice in the overworld and towns but I see the battle scenes are way too “clean” looking as if the enemies were just digitally pasted into the game from official asset promo art and their attacks also aren’t animated like they are on the Super Famicom version. It’s not a big deal and I’m sure I could get used to it but still kind of disappointing. The GBC version has collectibles like medals (for defeated monsters?), thanks for any advice on anything I might be missing here.

So far I’ve played DQ 1 (SNES fan translation), V (DS version), VII (3DS), some of VIII on 3DS which I need to pick up again and am currently playing XI on Switch. Looking for another classic entry to enjoy in between playing XI.

You’ll probably be very happy with the Game Boy Color version that you own, really impressive port!

And you’re absolutely spot on about the Switch version, the artwork is so inconsistent that it all doesn’t look like the same game to me. Another poor quality effort from Square Enix.

Just don’t play the switch version. The others are good.

Maybe wait for the HD-2D version now? Looks cool if that’s your thing 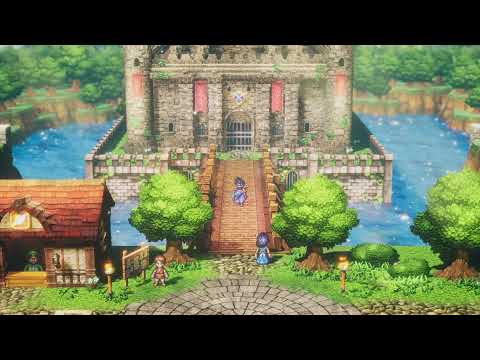 I think GBC will be more impressive and keeping with the game’s era given how well they programmed it.

I’m sure I’m in the minority here but when I saw the trailer for the III remake I really thought it looked like Octopath Traveler but with swapped out sprites, it just doesn’t look like its own game when they are reusing the same engine (Unreal 4) and tools (HD-2D), and the modern lighting doesn’t help either.

I’m with you on the GBC one being timeless and underappreciated.

But man the HD-2D remake looks incredible and I want all the old Dragon Quest games done like this. Throw in the 2D Final Fantasy games too.

I’m with you. I loved Octopath traveler and would love to see other games get that treatment.

It’s decidedly less pastel and cartoony than the original games. But I still think it looks cool. Not very Dragon Questy but still good.

I think that’s the issue I have, yeah. I played 65 hours of Octopath Traveler three years ago and its unique look is still burned into my retinas when I recall it. The DQ III remake follows it too closely with its very similar lighting. Battle scenes look great, though, but they could have done with a new camera angle rather than one that also recalls Octopath Traveler

It looks sooooo good. I love this. Yes, more remakes in this engine, please.