Games so bad they're good

I loved pinball quest despite the physics issues. I thought it made the game more fun.

I didn’t expect Bubsy 1 lovers. I found the game to be average and quite flawed, but still better than most of it’s sequels.

I’m aware the whole ‘so bad it’s good’ meme isn’t meant to be taken too seriously, but it gives me the chance to point this out anyway: I’ve always felt pretty much turned off by blatantly broken/bad elements in videogames, both in a technical and gameplay perspective. I mean, I’m not one of those ‘no fun allowed’ kinda people, but I genuinely can’t force myself going through a bad game, only to ‘enjoy’ its awfulness.

I guess it’s all down to personal tastes, though, as I loved (still love!) things like Golden Axe III on the Mega Drive, or Bullet Witch for the 360.

I think Morrowind’s gameplay is completely unbalanced and broken, yet, that’s still why it’s so good. It wouldn’t be as fun with meticulously balanced, tight gameplay.

I think of it as ‘trashy or b-tier but still compelling for some reason’ like a good 80s cheese horror movie.

Also broken mechanics are normally bad, but in rare cases they can be so bad that messing with them to see how busted they can get becomes entertaining in and of itself.

Many, many RPGs are critically broken once you really get down to analyzing the mechanics and balance. I don’t think Morrowind is particularly unique in that regard. Games like Baldur’s Gate 2 also suffer from numerous glaring loopholes just waiting to be exploited, yet you don’t really see them being called bad games for that.
To me it feels like developers started being a lot more aware and catious over their game design only after the mainstream proliferation of MMORPGs helped normalize minmaxing mindsets for the genre as a whole, and getting the absolute best character builds became a baseline expectation.

The thing that makes Morrowind stand out is that the ruleset is simply so vast and varied, and it actively encourages you to play around and explore its limits in creative way. The TES sequels are still pretty much as broken and unbalanced as ever, but as the mechanics have also gotten progressively more narrowed down and restrictive, it’s simply not as gratifying to explore those boundaries.

There’s a lot of generally bad games that I like because of certain elements to them, or maybe where and what part of my life I was in when I played them.

A lot of NES and SNES games that I played with my brother as a kid that aren’t good but I would still enjoy.

As for a bad game that I actually enjoy because it’s bad, I’d probably say Altered Beast on genesis. In college a few friends and I used to get pretty drunk at the bars and come back to the dorm and turn the tv volume all the way up. Man that sounded horrible. POW-ER UP! ROOOOOOOAR! We annoyed the shit out of everyone.

But then again, I’d honestly argue any game you get any type of enjoyment out of is inherently a good game. Games are meant to entertain and/or be fun. If you derive either from it, even if it’s considered by the masses to be poor, then it’s a good game.

Maybe not QUITE in the spirit of the thread, but I unironically love Friday the 13th for NES. Something about the 5 second loops, the gameplay repetition, collecting some of the hidden items/weapons… Something about it clicks for me, and I have a ton of fun every time I play it.

I KNOW it’s not a good game, but damn if I don’t love it anyway.

Altered Beast is like that. It’s tacky cheesy 80s arcade trash with crap colours, gross designs and characters only a 9 year old boy would think are cool. And pretty crap animation too.

But I still play that shit.

I still play Altered Beast too. It’s definitely nostalgic, but I still have fun playing through it.

Decap Attack? man i love so many b-level (and below) classic games that other people knock i could go on here for days

Your best bet for MST3K-tier games is to look for obscure PC/computer games. Especially the 90’s DOS era.

It was a decent game but I couldn’t get over the random deaths. Maybe it was because the game came out during the time when every game developer were trying to create a mascot.

Mutant Rampage: Bodyslam is a CD-i beat em up by the people who made the first two CDi Zeldas. it’s awesome

Bumping this thread because a friend of mine just made me learn about the old PC game “H.E.D.Z” and I am just mezmerised. What is this? 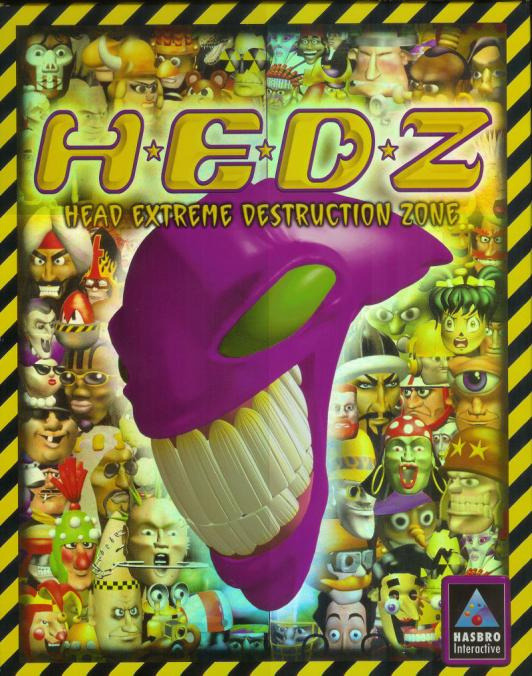 I always was amazed at just how good the main theme was recreated on that game. Also, the amount of speech in it is very impressive.

Bullet Witch on the 360 is entertaining. I completed that one. Can’t remember much about it mind you.