TAD Corporation was a relatively short-lived Japanese arcade game developer in the late '80s and the early '90s founded by ex-Data East employees. If you were like me and frequented arcades in this time period, then you probably encountered a few of their games (distributed in the West by Fabtek) or maybe you played some home conversions.

Let’s look at their games: 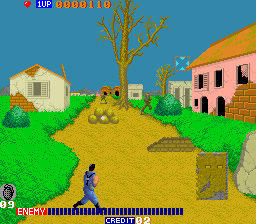 Cabal is a two-player third-person shooter similar to later games like Wild Guns on SNES. The action involves moving your crosshair around the screen while also dodging left and right. It has an impressive amount of environmental destructability for its era. Certain buildings can be demolished and you can see them slowly crack away as you shoot them, and there are barriers you can hide behind that the enemies can destroy. The game was released in couple different forms, one with trackball controls and one with joysticks. I don’t recall playing the trackball version.

Its sole port to consoles was the NES version made by Rare and Zippo Games and published by Milton Bradley. Although developed in the United Kingdom, this port was only released in North America. It’s worth playing and has that signature NES Rare feel to it. Cabal also had various home computer ports published by Ocean. I think the Amiga conversion made in France turned out the best for graphics and playability. 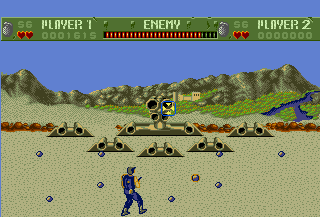 As sometimes happened on Commodore 64, PAL and NTSC countries received unique ports from different companies. In Cabal’s case, North America didn’t get the Ocean/Special FX version but one published by Capcom and developed by Interactive Designs. The two versions might look comparable in screenshots but the PAL version is superior and has smoother animation. 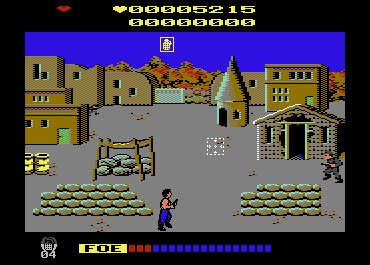 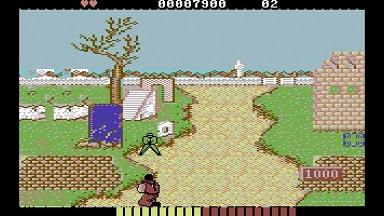 I would recommend checking out Cabal via MAME. Some of the home ports are solid but they don’t match the quality of the arcade original. 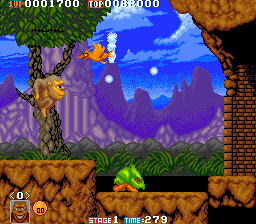 Toki is definitely my favourite TAD release. I spent lots of quarters three decades ago. It’s a platform game where you play a man magically cursed into ape form who spits projectiles at enemies. It’s a weird adventure that doesn’t take itself seriously mixing things like ancient locations with modern football helmet power ups.

Toki received various home versions back then. Like with Cabal, Ocean had the rights to personal computer renditions. The Amiga port is quite faithful to the arcade original, capturing the character designs well but with some control changes like pressing up to jump and having to hold down the button before aiming to shoot upwards. This is due to one-button joystick limitations. 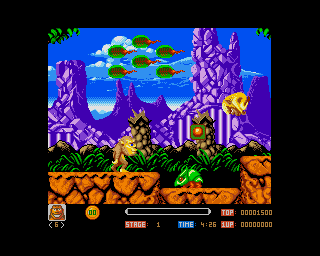 The Atari ST version is similar but not as impressive in the colour department. The Commodore 64 version is playable but graphically downgraded and kind of choppy. The hardware was really old by this point so there’s only so far it can be pushed for a game like this. The Euro-syth music is catchy but unfortunately it just repeats the same track. Spectrum and Amstrad ports were planned but ended up getting cancelled.

Taito released a version for NES with some different level layouts and an added life meter. It’s pretty good for the hardware but back in 1991 when I rented it, it didn’t scratch that itch for having the arcade game at home. 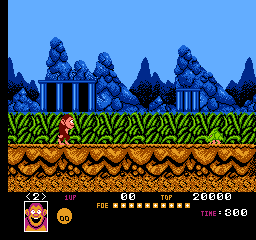 Sega contracted Santos (a small Japanese company bought by Sega soon afterwards) to do a Genesis/Mega Drive version dubbed Toki: Going Ape Spit. It deviates quite a bit from the arcade game with a darker look and new level designs. I also rented this version then and I was disappointed they didn’t just directly port the arcade game. It’s not bad but I find it more drab than the original in aesthetics and stage layouts. 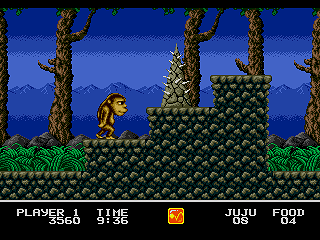 Programmer Tsukasa Aoki worked on both the arcade and Genesis/Mega Drive Toki games and went on to work on even more highly praised games such as Shinobi III and the Xenoblade Chronicles series. I don’t think any other ex-TAD employees worked on home versions of TAD games.

Atari made a Lynx version of Toki which is quite well designed and helped fill the void of quality platformers on the hardware. 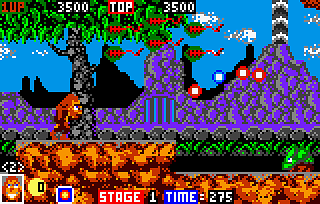 Toki disappeared for many years until receiving a mobile port in 2009. After several years of delays, a remake by Golgoth Studio finally appeared on current gen systems published by Microids. And it’s awesome if you want to play the original game with updated graphics. Just don’t expect much in terms of new content or options. It’s very much a 1989 arcade game with a fresh coat of paint and getting to choose the difficulty level. Some might not like new visual style (no pixel art) but I think it captures the wacky spirit of the original. 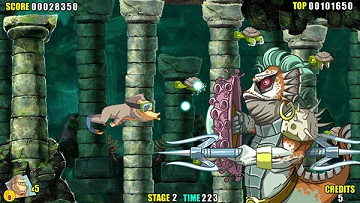 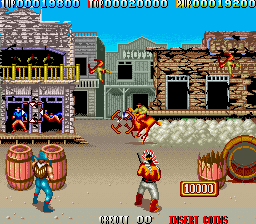 Cabal was followed up by a similar game called Blood Bros. except this has a Wild West theme. I don’t think there was a trackball version this time. It expanded on the Cabal formula by having a much wider variety of scenery and enemies incuding encounters such as a multi-sprite giant snake boss and a battle with a zeppelin. No home ports were made although it was planned for SNES at one point. 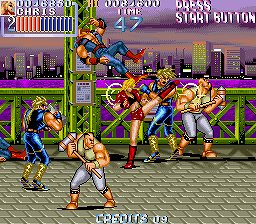 TAD tried their hands at the beat 'em up genre. This one feels behind the times for 1992 as the move set is pretty limited compared to Capcom and Sega’s offerings. Still, it’s quick and controls well so it’s worth a look. This arcade game is not related to the 1982 computer game of the same name. 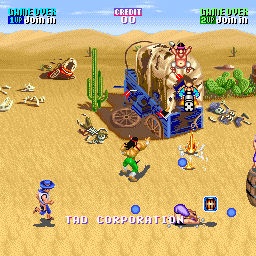 TAD enters the Wild West once again, this time with a multi-directional scrolling shooter. The character designs and animations are more light hearted than Blood Bros. and the pacing’s even faster. It’s also a four-player simultaneous game.

TAD Corporation closed down in early 1993. What do you think of their games or anything related?

Great thread. I really love Toki as well as Shinobi III - two games that really hooked me. I knew that the people behind MD JuJu worked on Super Shinobi 2, but I had no idea they shared the programmer of arcade Toki!