The style looks cool imo. Just fix up that running animation and they’ve got something! Also better have a physical release.

Now all I need is for a new Grandia or even a really amazing Guardian Heroes / Gunstar Heroes 3 / Sin and Punishment 3 to hit and im good.

I’d love the running animation to look like it does in Smash.

All good news on the MM front today. I’m in for all of these on Switch eventually. The new game looks rad to me. The art looks perfectly suited to where it should be. Looks a little bit like an evolution of 8 —as if 9 and 10 hadn’t happened. I like it so far. But the gameplay needs to stay true.

Who would have thought we would get a new Mega Man game in 2018? Even if the art looks different, I will still get it.

Nice try Capcom, but you are still ded to me till Volnutt comes back from the moon. >:C

Graphics look ok, but would definitely have prefered sprites. Glad to have more Mega Man at least - and on the Switch!

Well its definitely made me want to blast through 7, 8 and Bass. I’d be happy with a MM7 running animation even. I dunno if 8 / Bass was a little too detailed?

Looking as good as we could have hoped for I guess. I obviously would have preferred a 16/32-bit look, but it’s understandable they went this route. At least it doesn’t look like a steaming pile of Mighty No. 9 and the gameplay looks like classic Mega Man. Definitely waiting for the inevitable physical version…though this is Capcpom we’re talking about.

At least it doesn’t look like a steaming pile of Mighty No.

Even though I saw a tiny little something of Mn9, here and there during the trailer, I must say the first MM game it reminded me of - visually speaking - was 8. Which is a fairly good thing, in my book.
From today’s Capcom, it could’ve been worse, I guess.

Its kind of cool watching this guy draw MM

I think he looked cooler and animated better in Smash: 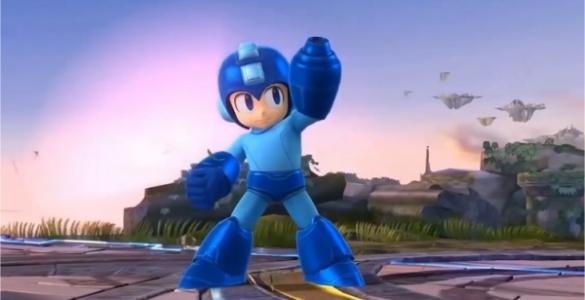 He’s too tall and thin in MM11 so far. And he animates with too many frames without it looking right. But, I really am not complaining. He still looks good in MM11.

Just not how I’d personally draw him (if I could draw that is).

With Megaman 11 coming, I’m thinking about replaying Mega Man games along with some I missed.

The new cover of Game Informer is really cool. If you’re a big time Mega Man fan, it’s worth a pick-up. 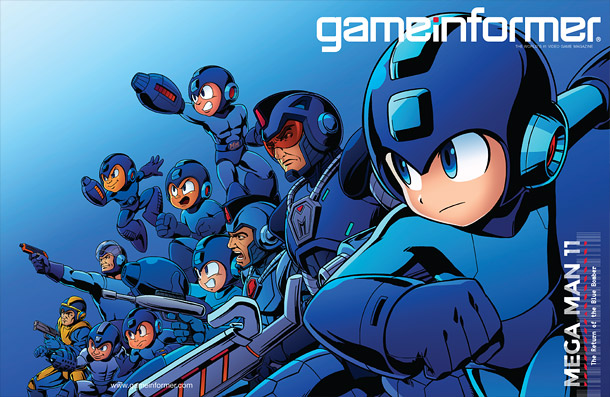 Edit: fraq…should have read through the thread. lol