We all knew you were working on that.

I’ve been getting into the Konami Rebirth series again. I was surprised to see M2 were behind them. That explains why they play so well.

Let me know if you need a beta tester on that. I’ll happily lend my services

Metroid Other M : easy in my top 10 of all time.
My love letter in three words: 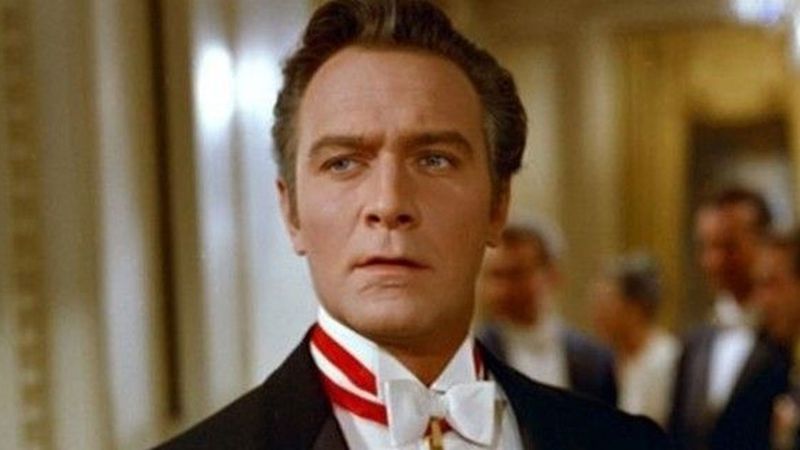 Then the continuation and flashbacks on the youth of Samus: 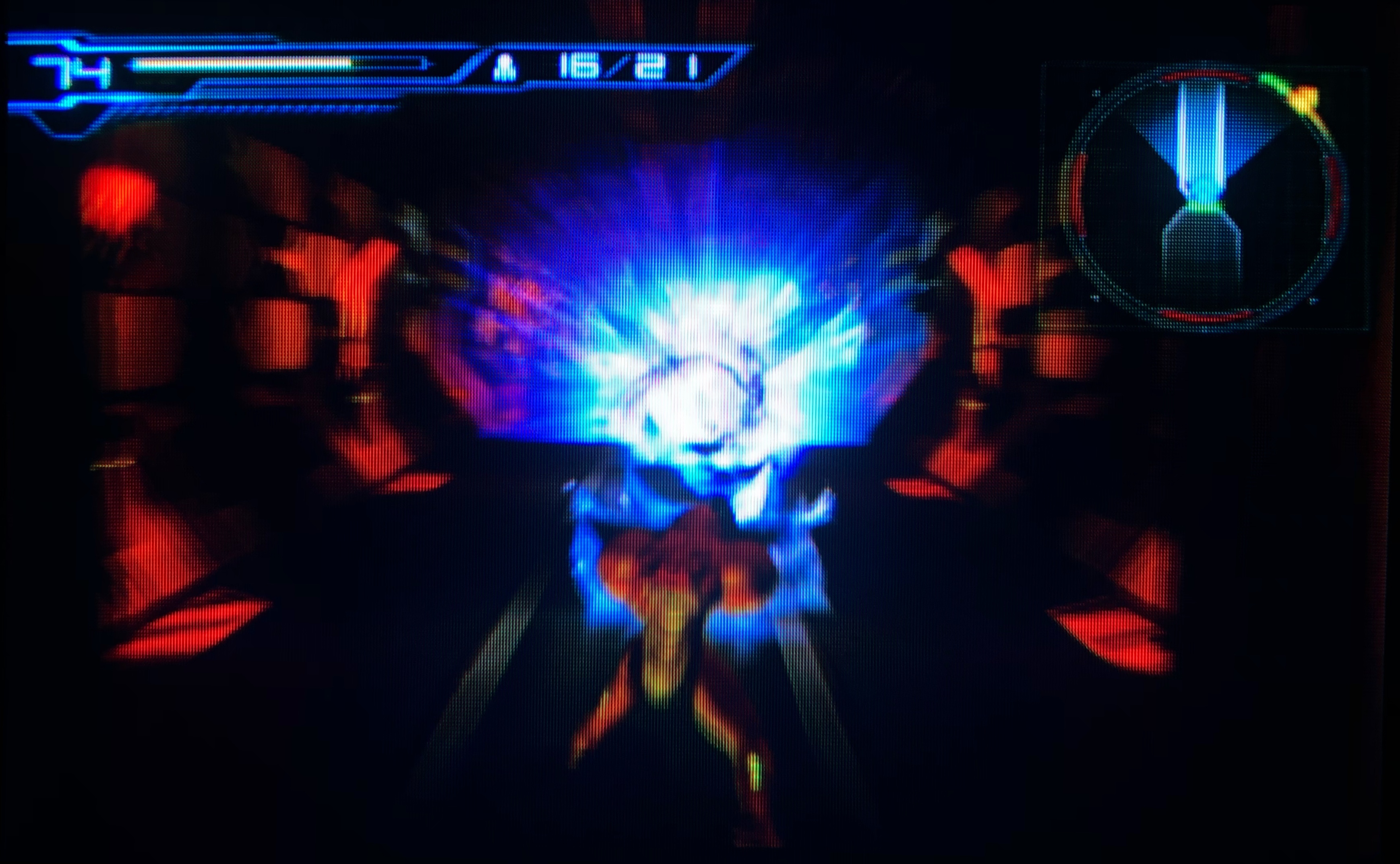 The japanese box, I need it: Finally, the other Other M enjoyer has logged on!

Okay I definitely don’t rate the game that much but good for you.

The Japanese packaging is indeed fantastic. And it is the best version of the game, as you can play with Japanese audio and English subtitles.

I found the silly melodrama vastly more acceptable in Japanese, as it just feels like anime. Really contextualises the over the top drama, and you are not subjected to the over-serious but extremely awkward English VA.

I just got something kind of stupid, a Wii copy of No More Heroes 2.

I sold my copy ages ago as part of a fund raising plan, and in the meantime have grabbed the Switch version. I’ll literally never play the Wii version again, but have as a pure collection item as a kind of reminder of history. 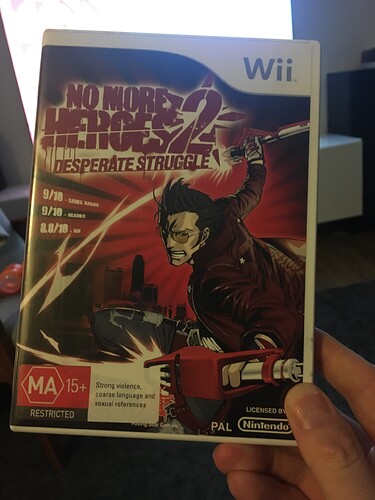 Light gun shooters on Wii:
Umbrella Chronicles, The House of the Dead Overkill, I don’t like.
Ghost Squad, as a big fan of Virtua Cop, I’m in heaven. Its 16 levels system is brilliant, it keeps the arcade shortness of the run and adds a lot of content.
I want Gunblade NY/LA Machineguns too, it looks awesome.

The House of the Dead Overkill

Yeah, Ghost Squad is really fun. It’s exactly how I like my games: short, sweet and highly replayable thanks to multiple paths and difficulty levels.

House of the Dead Overkill is so off the chain with its characters and story that I can’t imagine not enjoying it! The soundtrack is incredible too. Absolutely one of those games you can’t imagine Sega greenlit but they did!

“You ever gonna tell us what the fucking G stands for?”

I agree. Its a really good game and the grind house look and vibe only make it more awesome.

I understand the intention for Overkill but it’s not working for me, I find it globally too rough in the execution (animations, visual, the way it wants to be Grindhouse LOUDLY, I don’t dig the humour and forced vulgarity…) except the good feeling of the shooting and a decent pace.

Some thoughts on Ghost Squad, and some description for those who may not have played it:
Not only is Ghost Squad the top of the arcade laser-gun shooter of the Virtua Cop school (forces of authority vs terrorists with hostages/civilians that cost you life when you hit them, sights and sounds that signal the next enemy shot to come, atmosphere, style and quality of those jap arcade games from the 90’s, even if 2004 for this one), with its level design, its gameplay ideas and their execution that shine at every moment, but on top of that it offers a unique distillation formula of the game content. Without betraying the arcade spirit and its intrinsic qualities of unequalled gameplay density, with runs of max ~20-30mn depending on if you skip the cutscenes.
Of course I don’t think that the traditional arcade game, when it’s well done, lacks content, but the idea of offering “more” as the post 2000 era allows it, is understandable. The magic is when the miracle of squaring the circle takes place: a true arcade game with no concessions but which distills some data through its gameplay.
And it doesn’t make it a high volume post CD game either, otherwise it’s not an arcade game anymore, and modern players won’t understand it, as we can see in the game’s reviews and in the reviews of any good arcade game.
The power of the proposed system is its calibration in levels.
The game has three stages, that’s all, to be done the first time in level 1, with the basic weapon (assault rifle with three interchangeable shots at any time: the burst of three bullets by default, the bullet by bullet for the moments of precision, or the continuous burst with a very limited number of bullets for each stage). The stages offer several branches, full of destructible and dynamic stuff with all kinds of nice bonuses to pick up.
Each time you beat a stage boss (during the confrontation there is a particular objective, you only have one try), the stage will be proposed to the next game at the higher level. If you miss during this phase, you go to the next stage (less points, phase not validated, mission failure), but you will start again at the same level at the next run.
At each new level the difficulty increases (at a certain place there are new enemies, or a more complex task to perform: for example, a certain number of hostages to handcuff/secure in addition to not hurting them, or more enemies shooting, faster, etc.) and in addition, at certain levels, new branches are unlocked, and therefore new game phases. All more excellent than the others, and more and more tense.
There are 16 levels <3
It also unlocks new weapons, there are 25 of them. Each weapon is selectable before each game and you keep it until the end. They have of course very different properties and will give an advantage in such situation and vice versa, like the shotgun that cleans up close, very inefficient from afar and very dangerous with hostages. You can then play with the choices of branches to adapt to your weaponry. With two players it can be fun to play the complementarity of weapons and divide the tasks. There are a lot of different properties, secondary shooting functions that can be selected or not, weapons that pierce certain elements, a sulphate gun without reloading but with a heating gauge etc.

And so we go from one game to the next like there’s no tomorrow. You progress, the game delivers new challenges by touches, without knowing when it will happen, it grows, offers new sequences over the top, then you come back to an old sequence not done for a while and there are lots of additions due to the extra levels etc.
The way the stage changes, interact with your choice and perfomance is marvelous, unique.
The two outdoor stages also sometimes offer different times of day depending on the level.
I play it 1cc only. Past level 5 I tried hard mode which was a lot of fun. Now I’m level 9 to 11 and the normal mode keep me busy!