Although not retro, the 3DS is a great system for retro enthusiasts

As the 3DS goes into last year(?), looking back the 3DS is rather great platform for retro enthusiasts.

At least with the New systems and beyond, you get these:

They also have the Pokemon GB/C games The only legal way to get these games outside the very expensive second hand market for them. For the second generation is this rather neat since those batteries in the original carts don’t last long due to their implementation.

Second, there is the excellent SEGA 3D Classic Collection series. Bummed we never got Return of Death Adder

And finally, there is homebrew for even more applications.

I’ve been looking for a second n3DSXL system for homebrew but playing the IPS lottery is a pain. Does anyone have the n2DS model? I’m tempted, but the lack of 3D bums me out since I wouldn’t be able to enjoy the SEGA 3D classic in their full glory.

What are your thoughts on the 3DS as a 'retro" system?

It’s a fantastic way to play alot of retro classics on the go. While the 240p screen is a bummer for modern games it’s fantastic for retro!

I had a N2dsXL and it’s become my main 3ds system over my N3dsxl. My 3ds has IPS screens and they are noticably better I prefer the sleeker profile of the N2dsXL.

Between the incredible ds/3ds library and the amazing homebrew support the 3ds is a console I’ll be keeping around for many years to come!

If only playing it didn’t destroy my hands

I really like playing shovel knight on it. Having non-scaled sprites is how the game looks best in my opinion.

And I really dig the 3D on a N3DSXL and feel like it does contribute to certain games. I agree that the aliasing is a bummer and really wasn’t adequate for the underlying concept and original goal of the system - the compromise for a 3D display hampered the graphics more than it ended up enhancing them.

But the concept of 3D itself for gaming (when evaluated in a vacuum) is a good one in my humble opinion. And at certain times, the 3DS did show that.

Now I just need to learn how to play Virtual Boy roms on the thing.

Bummer Nintendo didn’t ever do a VB VC on it. I guess the flopsweat of the VB is strong and they want it completely forgotten.

I really love the 3D Sega remakes on it. Sprite-based games look so good with that effect.

I need to dabble in the home brew stuff a bit more but even the official offerings are very nice.

Been enjoying Link’s Awakening DX on my n3ds.

Stuff like Shovel Knight And Shantae will never look as good again.

It’s my Goto emulation system. it’s an amazing console. I have an N3DS with Hanafuda cover plates. 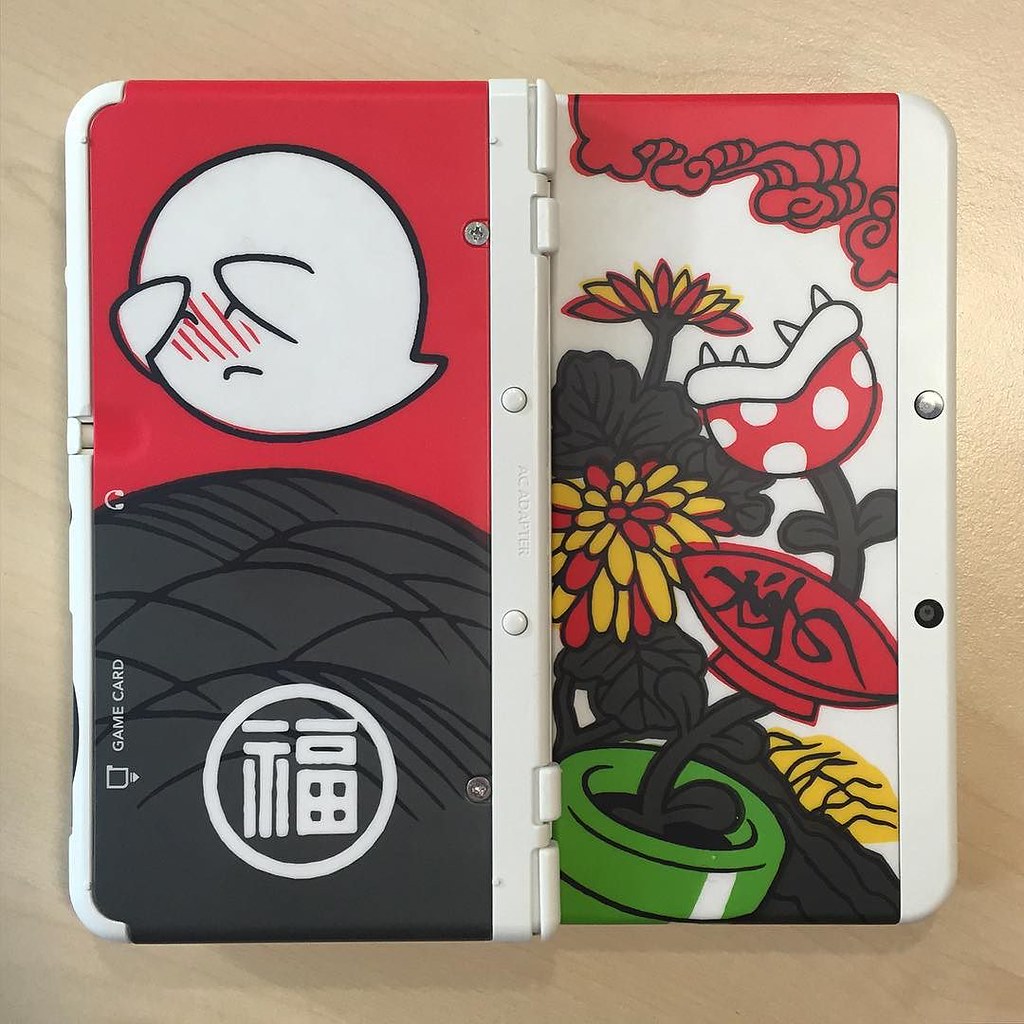 I wanted the glow in the dark boo one. Then I saw the going price.

How’s Virtual Console on the N3DSXL, guys? I ended up getting a NDS Lite because I wasn’t happy with how DS games looked on it (mainly due to the rubbish scaling, and the 1:1 mode being too tiny, to me), so I was wondering… Super Nintendo and Game Gear titles especially, do they feature better display settings? Also, is VC on the 3DS still going on/planned to keep going on with regular new releases?

I may give Master of Darkness or Sonic Drift 2 a try, and then - if I like it - look back and dive into it. I mean, noticed how it’s all stationary since ages, now, with only one Pokemon release planned for 2018. I guess it’s safe to assume VC is pretty much done, at least on the 3DS.

Why would you pick a mediocre game like Sonic Drift 2 over GG Shinobi or Shining Force, both of which are better and cheaper on 3DS?

I absolutely LOVE the way sprite-based games look in 3D on the 3DS— NES 3D remasters, Sega 3D classics, Cave Story, Shovel Knight. Gunstar Heroes is probably my favorite. I even managed to use my arcade stick to control it using homebrew (which is obviously the dev intended control method for a portable system). Really sad to see 3D fall by the wayside this generation.

That was a random pick, also tied to nostalgic memories. Didn’t know about the prices, but of course Shinobi would be a no brainer.

You do get LCD ‘dark bleed’ (not sure what to call it - it’s likely a bit of motion blur reducing darkness when the screen is scrolling) on 3DS, all models, especially on older games with a lot of dark colours.

Not really an issue for the Sega classics as they’re mostly brighter and ALWAYS moving, at least the Super Scaler ones. But Shovel Knight and say Castlevania have the issue. It’s reduced on the SNES games in 4:3 (not pixel perfect) mode due to the light interpolation, but then you get minor artefacting.

I didn’t notice this before… thanks.

honestly, Sega 3D classics or whatever alone would’ve sealed the deal for me (god we need the rest of that collection over here!), but the 2 most recent games ive been playing on it are Metroid 2 remake & River City Ransom one, which is dope. love that system.

By the by, what is the screen situation with the system. I know there is suppose to be noticeably better ones and that it’s all left up to chance, but since I got one of the non XLs that were pretty limited in the US I never looked into it, as it’s not like I would have been able to replace mine anyway.