NPCs in BotW use a Mii-like system

NPCs in BotW use a Mii-like system.

Miis can me imported and exported, with some small caveats. 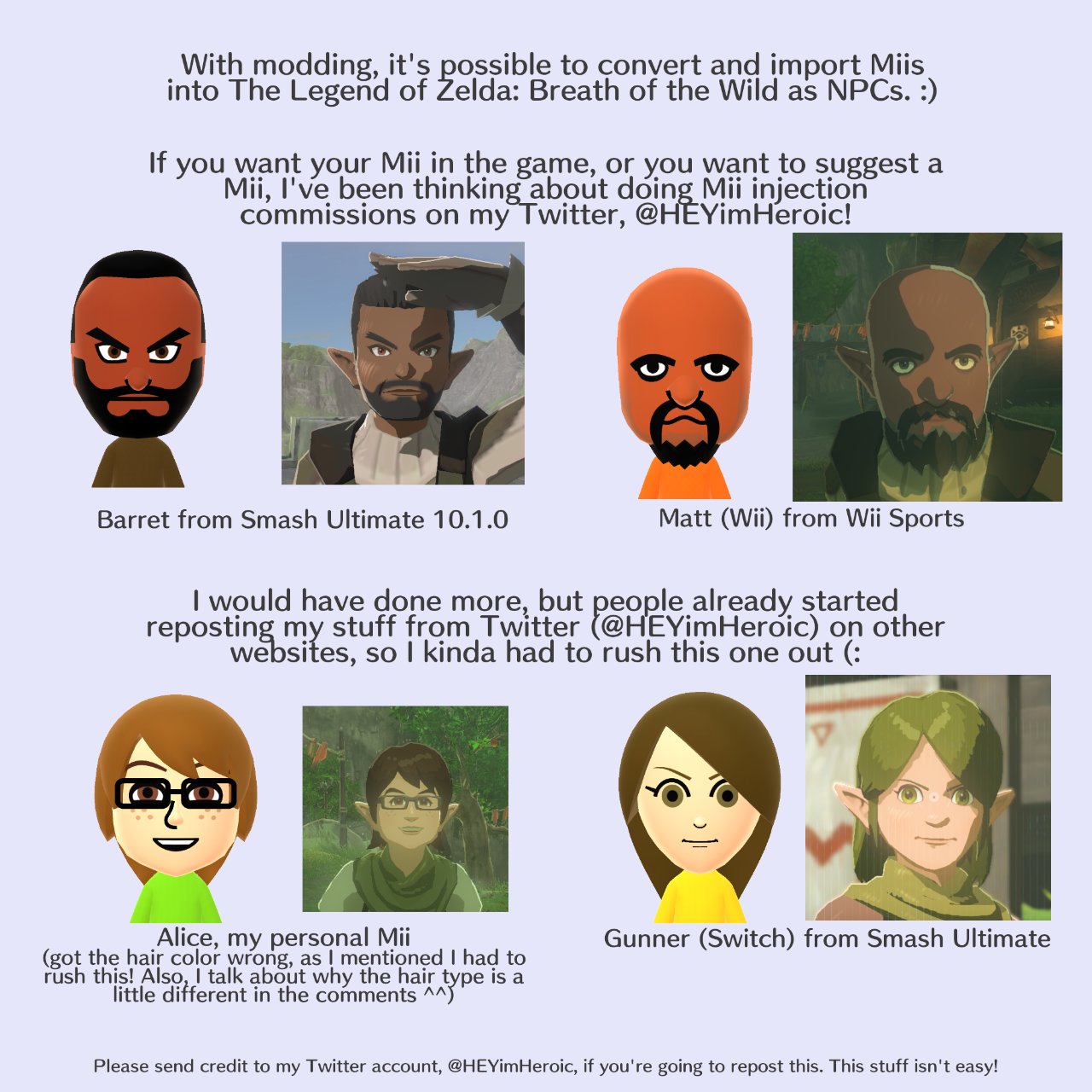 Hi, Mii expert here. Turns out, the NPCs in TLoZ:BotW use an advanced version of the Mii format. This means that with modding, you can inject Miis into the game. :) Thinking about opening commissions for Mii injects, both screenshot/images of your Mii and mod downloads!

Link, Zelda, and other special characters important to the game's story or events are not UMiis, and are instead premade 3D models. technically, all NPC races use UMii, but Hylian and Sheikah are the only two that use Mii-like values. the others use a different set of values. ^^

Thought this was really cool as well. I wonder if there were plans for Miiverse integration with the original Wii U title as a result of this, maybe for traveller NPCs. A bit like how Mii friends would show up in the audience of Mario Kart Wii, but more fitting of the world due to the translation of Mii facial features into Zelda facial features.

Oh man… that would’ve been cool. But I’m sure people would’ve hated it and would say “these aren’t real npcs” or whatever.

I know “ playing alone” was something they were considering to be a series convention they wanted to break at one point.

I really miss Mii. The defined the Wii to 3DS era.

One of my friends passed away suddenly a few years ago and it’s always a nice suprise to see him on the billboards in Mario Kart Wii or in the crowd in Wii Sports. It’s one of the reasons Switch feels a bit soulless compared to the other consoles.

I really miss Mii. The defined the Wii to 3DS era.

God dammit. How am I suppose to make an avatar quote joke when you follow it up with a touching story like that. The shit I put up with.

Plus some friends and family of course.