-Thanks to TomWhite2004 who found this story and posted it on ResetEra. 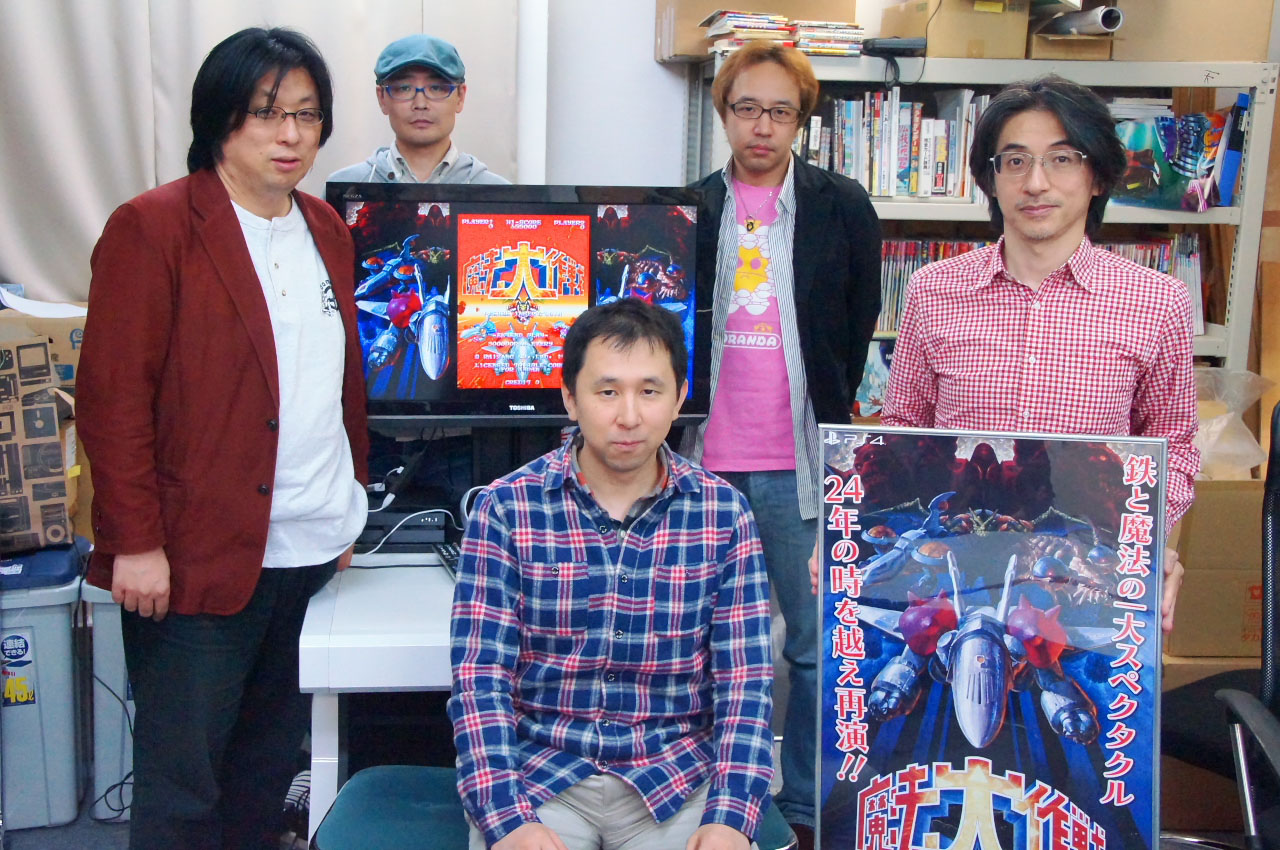 At the end of their Mahou interview, “new information of M2STG may be released!” followed by a picture of an M2 employee holding a “mystery device.” Maybe it’s actually phone/mobile but it looks like it’s being held with two hands.

Grain of salt, but if this true the temptation to double dip on at least one or two ShotTrigger titles on Switch would be hard to resist. Table top TATE with Strikers 1945 on Switch is a real treat.

I GO WHERE M2 GOES

I’d be happier if he was reading an English dictionary.

I’m going to buy all of these again. Not even going to pretend like I’m not.

I’ll buy em. Portable tate mode by M2 (so you now the scaling will be good).

I actually posted this on the resetera shmups thread yesterday after reading the article. AgentUnknown replied before essentially transfering the information I had found over here, which he has every right to do I guess.

Is there any chance of creating a dedicated shmups OT at any time in the future (happy to help in that regard) as honestly I would much rather solely post over here than over in resetera. Especially if anything I post could just be pasted over here anyway.

I didn’t want to create a dedicated post for the subject as its pure speculation but if we had an OT then I could whack the info in there without worry.

According to the OT’s still needed thread, SHMUPS OT is right on the list.

Ima do it. Maybe this weekend.

“AgentUnknown replied before essentially transfering the information I had found over here, which he has every right to do I guess.”

Of course I had every right to make a thread here about this, just like you yourself had every right to “transfer the information” of the news story itself to begin with. That said I’ll edit my post crediting your thread over on ResetEra.

it wasn’t a news story but an interview that i had to at least bother running through an auto translation to see what was being said and hinted at. but whatever, we cool…

Whatever indeed. Maybe try not taking yourself a little too seriously? Information and discussion being shared between forums is common practice and should be seen as a positive in a case like this.

I agree sharing info is good. But giving credit doesn’t hurt either.

Any chances of a physical edition ?

Wouldn’t be surprised… I mean, assuming this is actually happening in the first place. While the games were initially download-only on PS4, there’s a physical release for Garegga on the way in Asia. It’s likely that Limited Run Games has picked up the Western physical release of the game… and LRE just recently got the rights to start publishing physical games on the Switch. Don’t see why they wouldn’t handle a physical release of these games if they do come to the system.

the listing on playasia for the chinese release of garegga is now gone which makes me think perhaps it will be digital after all. they may have made the listing without knowing the intended format, not a good sign…

Would be nice if Limited Run Games did a physical copy of Garegga, guess we’ll see.

Dang, you guys are so hard up for a physical on the M2 but I am perfectly fine getting them digital and even supporting the titles on the different platforms. Kinda over a physical as they are so well presented as is.

And, fuck Limited Run Games. That place makes me sick.

Doesn’t have to be LRG – I don’t care who. But I like getting stuff.