Konami put out some fantastic games on Game Boy based on their hit Famicom and Arcade series…Kid Dracula, Castlevania Belmont’s Revenge and Operation C are among my favourites.

I thought I’d seen all there was to see there but I hadn’t realised that Konami also made a couple of Nemesis titles on the system, so I picked up Nemesis 2, known as Gradius: The Interstellar Assault outside of Japan and Europe. 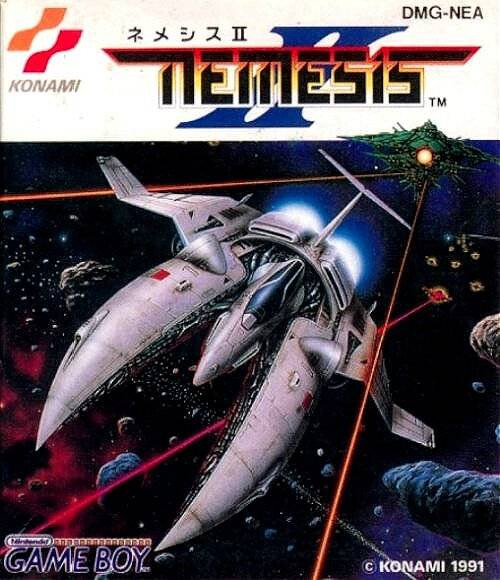 I wish I’d known about this game sooner because it’s amazing! As you’d expect from the series it nails the tight and varied level design and great boss battles. That’s all good but its biggest feat is in how it manages to avoid feeling derivative compared to those other games.

This is most potent in how it weaves together cinematics in between stages. You begin the game escaping a huge enemy ship’s fire, swooping in and out of meteors faster than your eyes can keep up with the action…and then once you’re in the clear you’re straight in the first stage, set in an ancient ruins. Then after the first boss you’re captured by enemy ships and chucked inside the core of a huge battleship, with becomes the setting for stage 2, before turning the tables once again and destroying that ship from the outside.

And so on…the way the game links its stages together in such a seamless way is really impressive and it feels the most cinematic Gradius has been outside of Gradius V, which arrived almost 15 years later.

Just thought I’d flag this one up in case it hasn’t been on anyone else’s radar. Btw - is X on Game Boy worth playing? I have the DSiWare sequel but never finished it.

Konami got to grips with the Game Boy hardware early on, graphically their games on the platform are strong, lots of detail yet still very clear.

The Nemesis games are easier than Gradius (Arcade/NES) and it’s cool that you can select the difficulty level at the outset in Nemesis II. Don’t sleep on the first one — not as spectacular as its sequel but just as fun. This one has a stage select, which is a nice inclusion for a portable game. 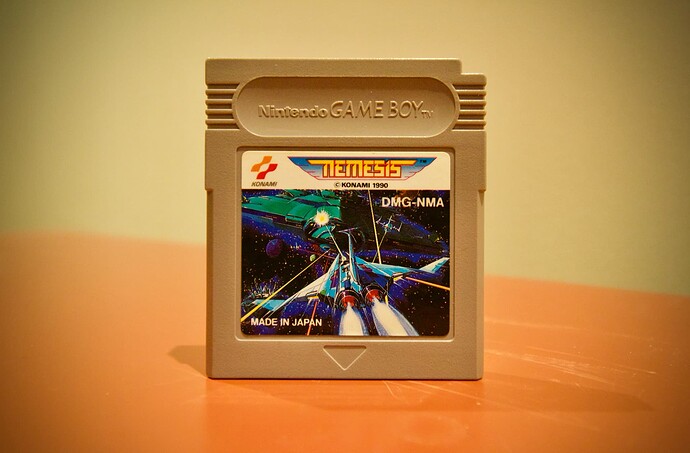 Good point about Konami being one of the earliest developers to really master the system. The progress they made from the launch window Castlevania (which isn’t at all a bad game either - just never plays at full speed) to the second generation titles is really stunning.

Nemesis II came across as far more ambitious than it had any right to me, which was a similar feeling I got from their other titles. Kid Dracula blew me away with the detail and use of tight screen space to create tension.

Game Boy Color didn’t see the same type of development from third parties, but again Konami was there taking the platform seriously. The first Pawapoke title went on to spawn a series that went on for over 13 series entries across handheld systems. And there were eight Konami games at Game Boy Advance launch day! Truly a different era for bespoke portable game development.

I’ll add the first one to my list of carts to get hold of - also want to get Jaleco’s Banishing Racer at some point.