Was lucky enough to get a rom download code along with my purchase of the physical MD version of Xenocrisis and it has become my little obsession for the last week.

I’ve gone through the easy and hard modes, unlocked the boss rush and infinite modes, and attempted additional runs - I can easily say that it is a top quality product and the wait was worth it. It’s a new MD game that’s actually amazing and a product of experienced professionals seeing a vision through as best as humanly possible on that hardware.

It’s not only a fun game, but a great achievement and it’s one of those things that I can really appreciate more the older I get. You can tell this was something a lot of people cared about. It took a while to get here, but having such a solid and relatively bug free rom (they only get one shot on the MD physical version) is simply something to be grateful for.

Beyond the accomplishment and success of this kickstarter game, you actually have a fun to play overhead shooter that’s got a lot of replayability. Out of the box, this game defaults to a six-button controller based scheme that places character movement on the dpad and 8-way directional firing on the A,B,Y and Y buttons. It’s a twin stick shooter and it works quite well. C rolls, giving you a moment of invincibility, and Z lobs a grenade. A melee attack is automated, and triggers when you are near an enemy. It works quite well, but knowing that the modern-gen versions have a dedicated button means that this was a compromise for the limited 6 buttons on the MD controller. There are four controller scheme variants, 2 for 6-button pads, and 2 for 3-button pads, but they don’t change too much. Ive not tested the 3 button controller modes, so no comment on those. The 6-button default is extremely effective.

As you get better at the game and used to the controller layout, there are very few moments where you feel that the game is being unfair - if any at all. It’s difficult - but you do find yourself getting better and better upon subsequent playthroughs. The game is split into multiple randomly generated rooms with random enemy spawns within a randomly generated level layout. As the game progresses, you find yourself aware of the core of the gameplay loop and it’s quite satisfying. Your purpose is to manage the variety of enemies based upon priority. Take out the fast and deadly projectile throwers first, while dodging the slow and plodding. You have grenades as a last resort, but if you want to get an S rank on a level, you really don’t want to bother with them. Focus on your default weapon, which will deplete, and then you need to prioritize the acquisition of ammo refills, which spawn randomly once you are close to running out. The use and mastery of your roll is key to successfully clearing each room unscathed.

While you can cancel your roll - which travels about a half a screen length - into firing, you cannot cancel your fire into the roll. You must release whatever fire button you have activated before you hit your roll, which takes some time to get used to, but a part of me feels a fire cancel would have made a big difference for me.

I started playing this game using the Krikzz 6 button Joyzz, but quickly replaced it with the 8bit-do, which had Z and C mapped to the L and R triggers. This kept my thumbs on the four main fire buttons and let my index fingers focus on roll and grenade. A superior way to play this on the MD.

I’ve played through the game a number of times and due to the randomly generated nature of it, I find myself wanting to go back and do it all over again. A hallmark of a true classic!

Visually, this is an incredibly clean and slowdown and (relatively) flicker free experience. The sprite layer is pushed to the max and I noticed no slowdown whatsoever. Bullets never disappear. I only really noticed flicker on the level two boss, but other than that, everything is solid. The only glitch I noticed was on the last level, where an enemy travelled through the room, and I could not hit it to clear it, but once it hit the boundary, it respawned and I was able to kill it, triggering the next room. So, it was a self correcting glitch! The game never placed itself into a state where I needed to reboot.

In terms of my setup, I’m playing on an un-modded VA0 MD2 through a Mega SD flash cart on a Sony 13" PVM. Sound is routed through a Topping amp, and then through a pair of bookshelf speakers. A nice retro experience.

Continuing the visual experience, from an artistic eye, this game is one of the best on the MD, bar none. The pixel work by Henk Neiborg is amongst the best he’s ever done and complements the restrictions of the MD as opposed to trying to circumvent them. There’s very little checkerboard or vertical line dithering. The animation is expressive - even when using the background layer for the enemy - and incredibly charming. You don’t know the MD is limited to 4, 15 colour palettes when playing. It’s a huge accomplishment on the system. Up there with every modern pixel art game out there.

The intermission art, done by Catharine Menabde is also nothing short of incredible, given the restrictions. No dithering, just awesome solid art with perfectly proportioned and cool looking characters. It looks amazing on a CRT. Check out her twitter feed, her art is breathtaking.

The soundtrack and effects, by Savaged Regime, are on another level of MD FM synth. If you’ve heard his youtube channel, with it’s various remixes and original compositions, you know what you’re in for. Not only is the soundtrack completely killer, but the samples are some of the best on the MD. Clear voices with very little distortion or compression artifacts. I don’t know how they did it, but they did, and it’s a far cry from things like SF2:SCE with it’s laryngitis-infected sound drive. Top Class Sound.

As the credits rolled and I watched the names of the backers, I deeply, DEEPLY regret not being a part of that original campaign. It would have been very sweet to see my name there, scrolling with everyone else, but I can’t change that now and I must resort to simple appreciation of this great accomplishment.

This is such a nice little ray of retro perfection and a reminder of why i love the MD - and that plenty of other people do as well, which makes my 16 bit preference seem a little less insane.

Thanks again BITMAP BUREAU for XENOCRISIS. Everyone go and buy this however you can! It’s a must. 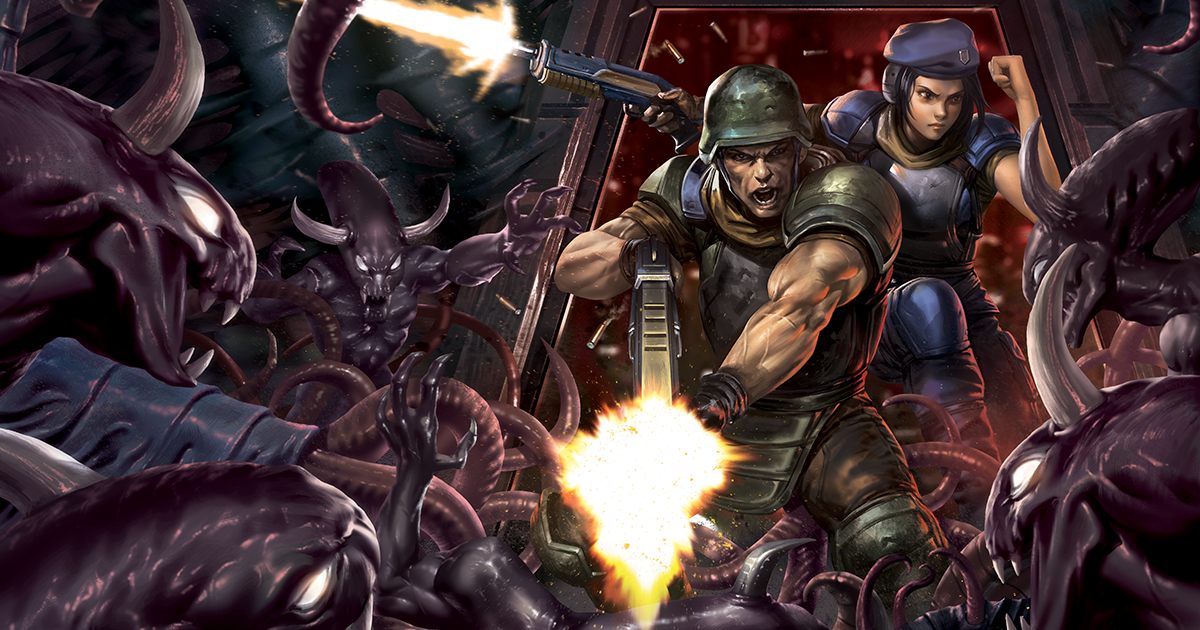 I remember seeing this a while back during the KS. I didn’t back it, but nice to see it finished and is getting good feedback!

Their website says pre-order, has that turned into order now? Any feedback on the Dreamcast version?

Great thread @Sapiens, thank for the review and giving me an insight before purchasing. I need to play this with a friend, it really looks like our type of game to play coop.

The MD carts are shipping, and you can just buy the rom if you want - which you will get a download code for at the moment of purchase. It’s also avail on Steam, eShop, PS4, XB, etc.

DC, NeoGeo CD, Neo Geo Cart versions are in the pipeline. I think we’ll see the DC version next.

I kinda have to have it on MD I feel. Although physical will end up super pricy for me, I’ll settle for the rom to put on my Everdrive.

I’m guessing they’re not doing additional copies of the physical?

I really love Smash TV, so this has certainly piqued my interest. I’m happy to see the control scheme has the ability to make use of the 6 button pad, as the 3 button pad with Smash TV is utterly unplayable if you ask me. It’s fantastic on the SNES, though.

I ordered this one myself the other day. Went for the original Japanese design. Also git the free Rom download. I’ve not played it myself as of yet but do hope to make some time tonight for it.

Possibly stupid question but is there any difference of the rom on different platforms? Like is there a reason to get it on one over another?

Still waiting on my physical copy to arrive that I backed two(?) years ago. So glad I backed this one. Been playing the rom they sent me and I have to agree with op 100%. The game is legit and actually doesn’t feel like just another homebrew release. Seriously, it could have been released at retail during the Genesis’ run and would have been a top release for the time. I can only play on my mega sg at the moment, but I can’t wait to try it on my model 1 through my bvm, going to be awesome.

Hmmm exchange rate makes it kind of a rough purchase. I don’t use emulators so not sure Id use the rom. Looks really cool from the videos though. I like the black genesis case too

Anybody know if you run this on PAL it has been optimised? Or is it simply 17,5% slower?

I have the NeoGeo CD version on order. I’ve been good things about this game. I might have to order the Genesis version as well.Thanks for the review!

Is there a link where I could buy the Genesis cart still available?

I’m also having trouble determining if the Dreamcast CDI file is available now or I’d have to wait for the physical DC release.

You should be able to buy it from:

The rom says its a pre-order?, I’m about to pull the trigger on this to use with my Everdrive but I’m a little confused - can anyone clarify?