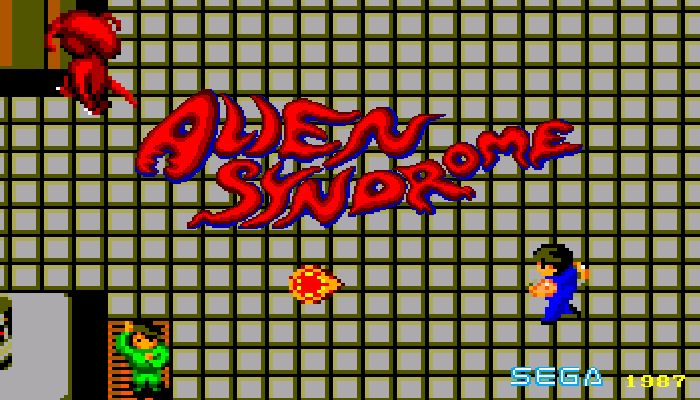 Notes on Scoring: Killing aliens is fun, and you get points for sitting in a room and doing so, but you get even more points for finishing the level in a hurry! Here’s a little snippet about the scoring in the manual!

I’ve updated the website with the new game, let’s get alien slaying!

I’ll start this off with:

Managed to get to Stage 3 and I don’t believe I’ve ever been that far before.

It does seem that you have to use a real SMS controller to play this as using a Megadrive controller seems to get your player character stuck moving left constantly otherwise, which is rather weird.

I really wish I had the manual for this game but only have it cart and box.

Yeah it’s one of the few that doesn’t work with a genesis controller unfortunately. I don’t have any good SMS controllers (only a few ones in rough shape), so I may be using emulation for this one mostly.

Here’s a link to the manual if you want: https://www.gamesdatabase.org/Media/SYSTEM/Sega_Master_System//Manual/formated/Alien_Syndrome_-1987-_Sega.pdf

Got stuck on the 2nd boss because I died and lost my laser, and he’s nigh impossible with the pea shooter.

I always try to keep the laser as it is without a doubt the best weapon in the game but for some reason I ended up with the fire ball for the stage 2 boss and it worked out okay for me.

Was hoping there would be a patch up on somewhere like SMS Power for this game but it would appear not, even though it appears someone on Krikzz forum made a patched Rom for the game there is no download link anymore.

You could just make a extension cable with pin 7 cut to solve the issue or mod a MD pad with a switch to toggle between SMS and MD mode. Might actually do that to my tatty spare 3 Button pad as a project some time but I have several SMS controllers at hand so a none issue for me really.

If it’s as easy as cutting pin 7, I’m going to do that to one of my controllers for sure. I think I have about 10 3-button genesis pads around here.

Edit: You could also make an easy little adapter like this that has pin 7 missing:

Be best to add a resistor though and yeah that would work for sure.

I found an archive on RetroRGB that has all the incompatible game patches, so you can patch them, put them in your SMS or Genesis everdrive and play away!

Feels odd that SMS Power does not have all these controller patches available on their website.

I’m stoked though, this means I can finally play these games on a CRT/Genesis controller!

Came for the competition, stayed for the sweet mod scene.

I’m pretty much at the same pace as you then @raskulous.

The stage 4 boss killed me and then the pea shooter is just not very sufficient.

Also I think the manual is right the fire ball is the weapon of choice for bosses, but the laser is definitely the best weapon for in stage.

I’m going to try a run or two with only fireball… I like the fire rate of it.

Decided to give it another couple of runs before bed tonight and my first run resulted in a strange crash:

Turned the Megadrive on and off and continued and died at the end boss of stage 4 with the laser weapon which is useless against this boss! But got my new high score:

Decided to give it one last attempt before I turned it off and beat the Stage 4 boss easily with the fireball weapon but then lost the last of my lives in stage 5. The spawning enemies here are starting to get rather nasty but my score was slightly lower than the previous run.

I have to say I’m loving the end of stage score cards and the messages they have on them.

There are only 6 stages so hopefully we’ll be able to complete this game as well!

which is useless against this boss!

Interesting… Maybe the game expects you to switch back and forth as needed… Not too much to ask considering there’s only two weapons that aren’t the pea shooter.

Lol the end of level messages are fun.

Think I have decided that the fire ball is not the weapon of choice for the level 4 boss now as while it can kill it super fast there is also a huge risk of dying if you don’t get all the hits in before it shoot projectiles so gone back to the slower but more reliable laser for it.

Managed to get to the Stage 5 boss now:

Went in with the fireball weapon and quickly died as not really figured his? (looks like a giant vagina with a devils head on it…) hit box out yet. Might try with a laser next time I get there.

@Suteneko this is some good competition we are very close, well done!

I’ve been favoring the flame weapon more just because the rate of fire is higher, whereas the laser is slower. But each weapon seems to favor either an offensive or defensive playing style, which I like. Theres a good balance of risk/reward in grabbing extra powerups just for the points, as dying and restarting with the pea shooter is almost always an instant game over for me. I only ever played Alien Syndrome casually, but now digging deep into it I see that this game is really all about getting a 1 life clear much like a shmup. Also, it probably helps that I’ve also been playing lots of Xeno Crisis, and it seems like my skill set is transferrable between both games.

Xeno Crisis is great… I bought it on Steam, then took the liberty to download “a backup copy” for use on my Genesis/CRT.

Overall I tink I like the extra HUD allotted with the widescreen monitor on PC, but it’s really something special on the Genesis, that’s for sure.

It’s not as difficult as my initial impressions, but it’s still going to be awfully difficult to finish.