Not sure if we want to make threads for new games that are remade classics. Take me back to the 16 bit days if not.

The remake no one asked is out now. Secret of Mana is the second game in the Mana series that was originally released in NA in 1993. The game featured 3 person co-op with the multitap which was a blast to play. Secret of Mana was also included in the SNES classic (only 2 player coop on the classic) and if you haven’t played it I would remedy that.

Don’t forget, Japan got a Nintendo Switch port of the entire Mana series 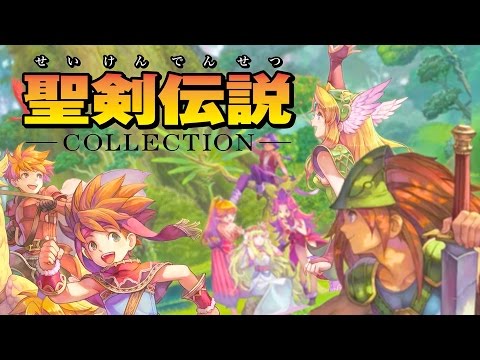 From the Playstation Blog

Secret of Mana Out Today on PS4 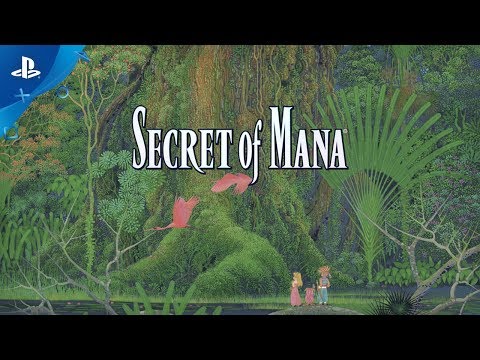 ““On the plus side, the remake does at least retain Secret of Mana’s multiplayer element. I can’t speak to its performance, though; I reviewed the game on PlayStation Vita, which doesn’t offer a Nintendo DS-style download play option due to the size and complexity of the software. Each player needs to have their own Vita copy of Secret of Mana, and multiplayer sessions involve ad-hoc waiting rooms — there’s no drop-in/drop-out cooperative play on the go, only on PlayStation 4 and Windows PC.””

At least they kept the co-op.

IGN 7.6/10
“Secret of Mana HD Remaster makes some frustrating choices, but it’s still a treat to pick up and play” 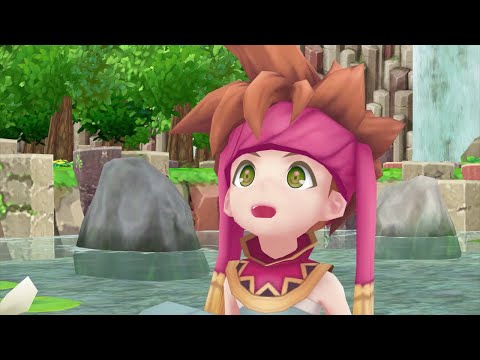 Anyone picking this up? Are we ok with making threads for “new-old” games. I really don’t understand the need to remake sprite based games in 3D. I suppose making higher rez sprite art is more expensive. The people likely to be sucked back into this game probably remember the original. I unfortunately bought the PS Vita remake of the GB game and I suppose I am somewhat to blame for this… thing.

I loved the SNES game but this remake looks awful. I won’t be buying it.

I loved the SNES game but this remake looks awful. I won’t be buying it.

This is my feeling but I felt compelled to vent in thread form. I really want the collection (even though I can play all of those games right now on my own consoles).

I’m picking up a physical version for the PS4 but I’m not paying anything for it thanks to giftcards. If this was digital only it would be a hard pass.

Not sure if we want to make threads for new games that are remade classics. Take me back to the 16 bit days if not.

Threads on new games - whether they are remakes or otherwise - are totally okay.

The graphics alone make it a hard pass for me but the rest of the problems are unacceptable!

How could square do such a poor job with one of their absolute classics. It’s depressing

It’s so weird to me because they did it the right way already. Why wouldn’t you just use the switch game collection and put it on all platforms. That’s the right way to do it.

I think sometimes they just can’t help recall the mistakes of the past where they insist that they must westernize things in order to sell them.

Square-Enix just never quite figures out that the reason their games stand out is because of their Japanese heritage showing in the graphic, sound and gameplay design. They refuse to just embrace who they are and keep trying to satisfy a customer that will never exist for their games but they are convinced can be found.

When Nintendo localized Dragon Quest IX, they just left it alone to stand on its own, and people loved it for that. So maybe Nintendo will get involved here with that Collection stuck in Japan, but I doubt it.

You know what? I was going to trash the game, but I guess it’s better than nothing.

That’s what we Berserk fans thought…and then the new anime premiered.

No chance in hell im supporting this shit - even though the original Secret of Mana is one of my favorite games.

I’m buying since I want SD3 released in English and buying this is the best way. Yes, I know an unofficial translation exists, but not really into the that. Hopefully, the M2 collection gets released here too.

You have to think Nintendo would seriously consider publishing that collection in the West.

I dunno about that at all. I wouldn’t be surprised if they weren’t even considering it.

Two of the three games have come out here. Sometimes I think Japanese companies like Nintendo have a weird thing about releasing old games that never came out in a territory originally.

The thing that kills me is there is very little financial risk to translate and release a game via an emulation house like M2. There is no cost to market it or print it on a disc or cart. Just make it a digital release.

The beef I have with Mana, is if it doesn’t sell, they aren’t going to learn the right lesson. They will say, there is no interest in this series but the lack of interest comes from a bad looking port of an awesome game.

Yep 100%. It’s fucked. Release an unappealing remaster of a game and then when it doesn’t sell, because it’s unappealing, use that result to claim there’s no interest in the series, and thus no reason to bring the full collection over?