What did you all think? Some thoughts:

-Hyrule Warriors and DKCTF look to be not very worth it to Wii U owners. It really does appear like the majority of important Wii U titles will end up on Switch within the next two years or so.

-TWEWY looks cool… but admittedly I never really got into this game on DS… and if I were to play it, I’d likely play the copy I already own there. But it looks like a cool port for fans of the original and those who never got to experience it.

I don’t know if I’d get it on Switch or PS4, but I’m glad it exists in any event.

I just hope that some form of that complete box set for ps4 with all 3 souls games comes to the states. Imma get it either way though.

Was going to make a thread just for Dark Souls since it’s retro right, but this works.

It didn’t excite me as it was full of ports I have played elsewhere. Hopefully there are some surprises for the next six months.

I think there’s a reason why they called it a Nintendo Direct “Mini.” They knew they needed to show something because we still had no idea what is happening this year, but weren’t ready to commit to timelines for Fire Emblem and whatever other 2018 titles they have planned.

Even Yoshi was absent, and that’s hardly a big megaton announcement.

Yeah a lot of ports. If you had a Wii U not much to get excited for.

Of the things talked about, I might pick up Dragon Quest Builders if the demo seems not too jank. I have the vita ver in Japanese but an English one would be nice.

I’m pretty interested in The World Ends With You… It’s been sitting unplayed in my DS backlog for a long time, but I’d love to have it on the Switch. And that Mario Tennis game looks pretty awesome. Otherwise, there’s not a whole lot that got me excited. Dark Souls is neat (I’ve never played a Soulsbourne game for more than 5 min!), but I think I’ll pick it up on Xbox One X for the higher resolution / framereate.

I’m excited for the Wiiu ports because there are a ton of fantastic games locked up on a console no one owned. Where’s Capitan Toad??

TWEWY has my interest, the original has been in my backlog for years. I’ll wait for this release and play whatever is actually the definitive version.

After the massive Dissapointment that was Mario Tennis on Wiiu I’m very excited for the new one. I’ll wait for reviews before I purchase though.

Odessy update looks cool. Not something I’ll bother with personally but I’m glad Green Mario is now in the game.

Ys has my eye, I havnt played this one yet and it looks fantastic!

The big one for most, Dark Souls, doesn’t interest me at all. I love the soulsborne games but I wouldn’t ever want to play them on the go. They are an intense experience that needs your undivided attention and they are so much sweeter @ 60fps. Can’t wait to see blight Town on switch lol.

@Peltz unfortunately SNK fighter girls looks exactly like an SNK game. It looks like kof 14 which breaks my heart every time I see it. I understand it’s probably not the same people anymore but why is the undisputed king of pixel art making terrible polygons when sprites are in style again? SNK please.

I think it makes a lot of sense to bring so much Wii U stuff to Switch, though. I really can’t blame them. A lot of people would love those games and they simply didn’t buy a system to play them. Now they’re buying Nintendo systems so why not give them the chance?

It’s no skin off my back. I’ve got the originals. For a Warriors game I’m more interested in Fire Emblem anyway. TWEWY is a really good pick for Square-Enix to port since it was rather well liked but sold poorly IIRC. I own it, and lots of hardcore do, but it should find a unique audience on Switch.

I have no idea what SNK is doing.

Souls on the Go is truly a thing. I’m kinda looking forward to buying that a third time.

I didn’t know Celeste was Matt Makes Games until @Peltz posted it. Holy hell. I’m in!

SMO update sounds like something you just have to try. It’s free. That’s cool.

Finally, Aces looks aces. I’m ready for a full on return to awesome Mario Sports on this console. STRIKERS PLEASE?!

I thought it was GREAT. As a non-Wii U owner the No. 1 thing I was looking for in this rumored direct was Wii U ports. So I’m excited, and it helps me make my decision NOT to buy a Wii U in advance of the Wii VC shut down. I’ll stick with a regular Wii instead.

DKCTF was always the one that made the most sense, IMO, and I am really excited to get to play that. I fully expect NSMBU and HD ports of Galaxy 1&2 in another year or two when Odyssey has run its course. There will be more, too. Here’s REEEEAAAALY hoping for Mario Maker at some point…

And the tennis game … uh, can’t believe I would excited for a tennis game but the story mode honesty look pretty neat there.

Too be fair, I hope everyone who missed DKC Tropical Freeze for whatever reason picks it up on Switch. I probably won’t double dip, but in my opinion it’s the best 2D platformer in probably 20 years.

It’s superb. I’m not going to buy it again. I might have considered it if it was both games together, but it really is an incredible platform action game.

Except for the $60 Price point I am loving the fact that the Wii U is getting its best stuff brought over. Okay Hyrule may not be in the best category. HW is more of the Wii U’s best of the mediocre stuff but if you like those type of games this is a really polished version with a lot of fanservice.

Things missing that shouldn’t be

Super Mario 3D World
Wind Waker
Twilight Princess
The Wonderful 101
Captain 'Tod’
Xenoblade X
SMASH 4
The Japanese version on Tokyo Mirage Sessions. A lot of people had issues with the localization. I don’t particularly care for that aspect of Japanese subculture so I wouldn’t play it either way. But for those who cared about it, it seemed they were really upset.

Now that TWEWY is being ported. I have plenty of port begging for DS/3DS.
You can start with Mario 64 DS & bring all the 3DS Zeldas over. Seriously.

It’s a Square Enix port. It would probably be more worth your time to imagine other SE DS/3DS ports to switch than any of Nintendo’s offerings so far.

Yeah did you see the price of that thing? 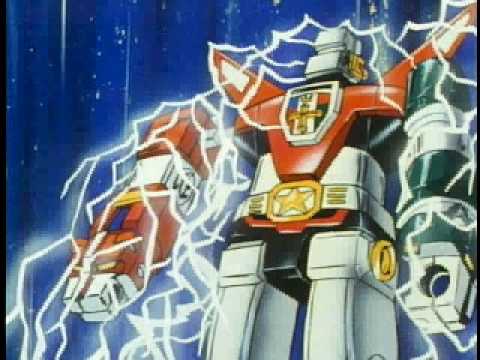 You can play the prototype, made in 4 days, in your web browser:

One of the things I’m loving about the Switch, and the direct reinforced, is that now that the Switch is Nintendo’s unified platform, Nintendo titles on the Switch are all definitive editions. I didn’t own a Wii U, so I’ll be picking up Hyrule Warriors Definitive and DKC Tropical Freeze. And here’s hoping that Tropical Freeze leads to a definitive release of Returns.

Now Dark Souls is a completely different story. Although my Switch is docked 90% of the time, the freedom to play Dark Souls without needing to be tethered to a TV is very appealing, but then From just had to dangle the possibility of Dark Souls in 4K/60 plus HDR. The remaster is reportedly built on top of the Dark Souls 3 engine which has issues on current gen consoles. The PS4 Pro doesn’t come close to 1080/60, making the jump to 4k very surprising. Even if performance is great across the board, I’m sure I’ll have almost as much fun watching Digital Foundry videos as playing the dang game.

I’m looking forward to the DF videos on this. The souls games are a far fucking way from locked frame rate. Even Blight Town CHUGS on xbone X BC and thats without a resolution bump.

Lol, when the Xbox One X hype was at its peak I almost talked myself into buying an X just for Dark Souls, even though my PS3 copy is playable enough. And now it might happen again depending on how the remaster plays out!

The only other (potential) remaster I can think of that would compel me to double-dip and buy a new system (or upgrade) is Demon’s Souls.

It sucks that Sony controls Bloodborne and Demon’s Souls. Those are probably locked away forever at this point, especially Demon’s Souls.

How much goodwill could a Pro Patch be worth to Sony. Clearly not much. Demon’s Souls is such a shame. That game would sell like hot cakes. Especially if it got a nice frame rate and resolution bump. Given the choice, I’d take sub 4K to get 60.

Lol, when the Xbox One X hype was at its peak I almost talked myself into buying an X just for Dark Souls, even though my PS3 copy is playable enough. And now it might happen again depending on how the remaster plays out!

My XB1X has been untouched really since I stopped playing AC Origins.