What’s your favourite Activision game of the early to mid '80s era?

They made quite a few classics like the Pitfall games, River Raid, Keystone Kapers, etc. but I think H.E.R.O. ranks highest for me. Blasting and flying through tunnels is an experience that holds up really well. 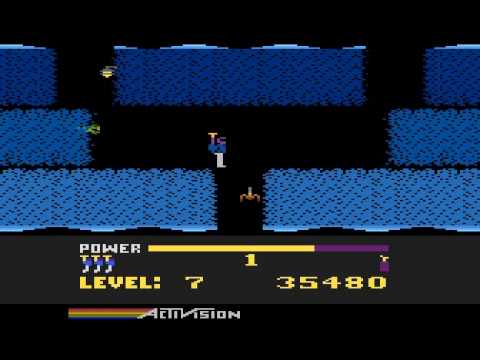 Just looking at all the Activision games up to 1985, the only ones that really look good are Pitfall and H.E.R.O.

I’ve played probably 5 mins of both in the past, I really should give them another go.

Oh, and River Raid is pretty cool as well.

Definitely check out Pitfall II as well. That one expands a lot from the first game to be an action-adventure with checkpoints.

I guess this stuff is too retro for here. Time to rename the forum Modern Game Boards?

I’m going to have to vote the original pitfall, simply because it was the only Activision cart I owned for my 2600 and played it a lot back in the early 90’s. H.E.R.O. is definitely a close second.

I’m still thinking about this because I think I have played them all, most when they were new.

Seaquest is awesome. Chopper Command, Enduro, Dragster, Grand Prix, Megamania, Barnstorming… many of those were so simple and yet provided hours of score chasing entertainment.

H.E.R.O. may be the best. I actually won some free swag on Gametap years ago by having the highest score in one of their contests. I played that game a LOT.

It was definitely an amazing era on the VCS/2600. Activision brought something it really needed at the time as Atari was prolific then but quality had dropped off.

Yay! An opportunity to share this art I had a poster made of, again

I agree with Dave; Activision kinda nailed the Atari 2600. It’s hard to pick a favorite because they were breaking so much new ground and being so innovative. I think favorite… gosh… you’d need a top 10! But if forced too… fine… River Raid! No wait, Pitfall!

It’s easier, I think, to pick the rare clunkers that weren’t awesome!

One of the fun things included in Call of Duty Black Ops Cold War is a whole mode of Activision classics. They give you Barnstorming, Boxing, Chopper Command, Enduro, Fishing Derby, Grand Prix, Kaboom!, Pitfall!, Pitfall II Lost Caverns, River Raid, and Skiing. It even lets you switch from color to black and white mode.

Pitfall II is the most advanced, an Atari game with actual music!

The thing with VCS games is they’re almost more like minigames now, apart from those few late adventurey ones.

There were a bunch of VCS games with music but nothing comes close to Pitfall II’s quality. The special chip inside really added to the capabilities. The Atari 800 version is a better game due to the second quest and the C64 version has notably nicer graphics but in terms of pushing the hardware, the VCS version is really impressive.

I busted out a few when I booted up Cold War last night including Pitfall II which is pretty damn great. I think H.E.R.O. is probably still better but I like an action focus over exploration.

Chopper Command is a really good Defender clone but could have used a little more variety. River Raid really holds up still in 2021 though. That is a brilliant design.

No version of Kaboom! will ever be as good as playing on the VCS with a paddle controller.

Wow cool! Here they are 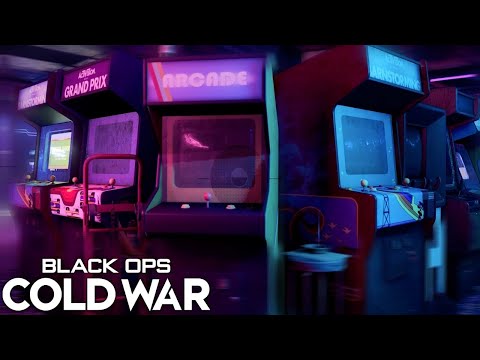 Yeah. They made them easily playable in the menus now and the latest in game event made one of my favorites earned through play. I have Robot Tank now too!

H.E.R.O for sure for me. Even nowadays I boot up a c64 emulator every now and then and pay this little sucker.

The bombs lighting up the background when you dropped them amazed my child brain when I was a kid! REally hated those glowing red wall you had to blow up though. I would usually get too close and they would kills me.

Don’t ask me why, but I like this one:

I wish I had a way to play the Coleco version of H.E.R.O. without emulation. I have a Coleco, but the game is pretty pricey.

So what’s the best version of H.E.R.O.? @Yakumo ?! Have you covered this one? I searched and couldn’t find it.

I couldn’t either, but I did find a comparison video here: https://youtu.be/-vVAfN0s5lo

To me, it seems like the Coleco, Atari 8-bit and C64 versions are the best.

Never played this one. I was thinking of My hero on the Master System

H.E.R.O.'s a game where I don’t think it has a definitive version. Some will prefer the SG-1000 version which is more of a remake with enhanced graphics and added music. It’s really good (maybe my favourite game on the console) but I like the physics/speed a bit more in the others. Someone should tell Sega that the “H” refers to “helicopter” as they removed the propeller. I lean towards playing the 2600 original with a Genesis controller. I like its cleaner graphics. The simplicity works there but others might want the greater detail.

Rise from the grave old thread…Rise!

Hard to pick the best Activision game from this time period. HERO, Pitfall II and River Raid were all great. Activision Home Computer Software also released some classics during this time as well, such as Master of Lamps, Hacker, Borrowed Time, Great American Cross Country Road Race and Mindshadow.

I’m still good enough to get a high enough score (75k+) to earn the HERO patch!