Hunt for artifacts and utilize magic powers on a mysterious, pastel-hued island in this cute 8-bit platformer.

This one is weird, as in it’s primarily developed for the PC, but with NES limitations. They want to have it ported by an external contractor to NES if some stretch goals are reached. (Broke Studio, who did Micro Mages and Twin Dragons.)

The tiers are a mess to follow, but if you want the CIB NES version, £45 gets you a white cartridge, and £100 gets you the translucent pink cartridge and other trinkets. Different pricing are given throughout the description, but ultimately it’s the Kickstarter side bar that prevails. 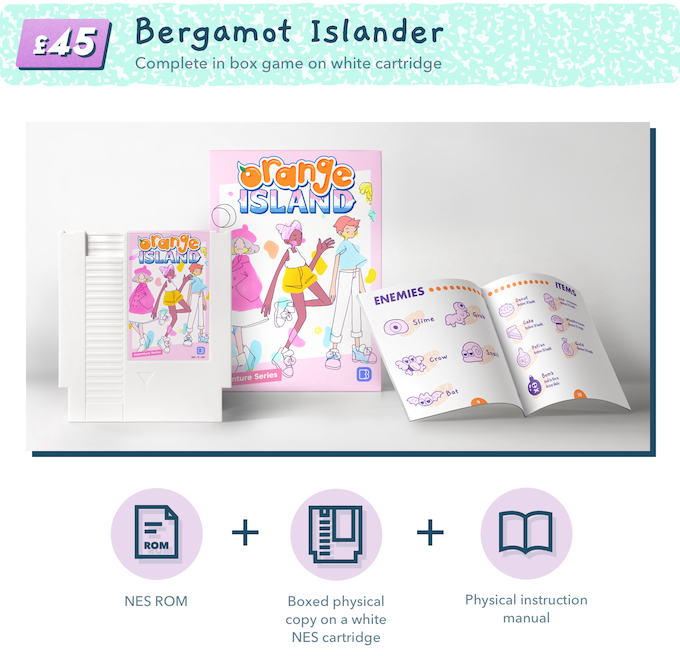 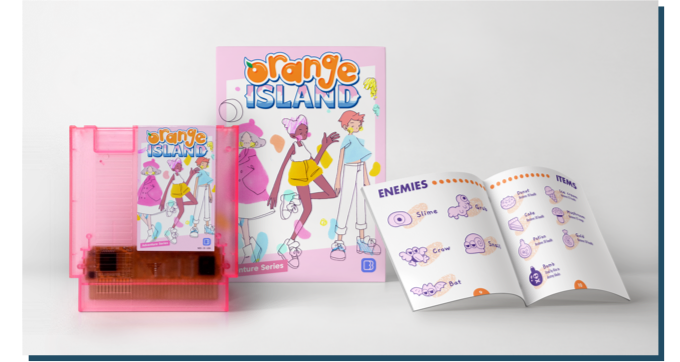 (Even their formatting is a mess)

Thanks for bringing this to my attention. Looks interesting.

Love the idea of a side scrolling RPG of this kind. Hope they can do the concept justice. The music and boss fight seem cool. But other parts just seem very okay in the limited footage presented.

Looks nice, very Kirby, but the physics need some work.

24 hours left on this. Don’t think it was there when it first went up but there is a 45Euro option now for just the physical cart and box/manual without any of the digital stuff. Think you had to pay 80 or something before if you wanted a boxed game.

Yeah it was added shortly before I made the thread. I asked for a tier with only the NES game but with the pink cartridge but was denied. Oh well.

Derp, it’s even right there in your opening post.

But yeah I’m fine with the white cart. Think it looks better than the pink one anyway. All the pink one does is show off how redundant the full cartridge is.