There have been some fantastic game company names. Even if they made bad games, at least they had a cool logo/name, right?

I thought it might be fun if we made it into a game by posting a logo for each letter of the alphabet in turn. Let’s see how many times we can loop through A to Z? No rush. 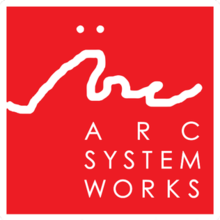 Arc System Works Co., Ltd. (株式会社アークシステムワークス, Kabushiki gaisha Āku Shisutemu Wākusu) is a video game developer and publisher based in Yokohama, Japan. Founded by Minoru Kidooka in 1988, Arc System Works is known for its arcade 2D fighting game franchises, Guilty Gear and BlazBlue, as well as other licensed-based fighting games from Shueisha/Shonen Jump's Dragon Ball and Atlus's Persona 4 Arena. Arc System Works was founded in January 1988 as Arc Co., Ltd and established as a company in May of t...

I’ll bite. B is for Broderbund, and the great games published by them like Lode Runner, Prince of Persia, Last Express, etc…

Broderbund Software, Inc. (stylized as Brøderbund) was an American maker of video games, educational software and productivity tools. Broderbund is best known for the 8-bit computer game hits Choplifter, Lode Runner, Karateka, and Prince of Persia (all of which originated on the Apple II), as well as The Print Shop—originally for printing signs and banners on dot matrix printers—and the Myst and Carmen Sandiego games. The company was founded in Eugene, Oregon, and moved to San Rafael, Californi...

Such a great logo! It was a sign of absolute quality during my formative years. Prince of Persia was probably the first game I saw it on. I always wondered what the three things were - Wiki just told me they’re crowns from a Swedish coat of arms! Cool.

Not a game company per se, but they sure did make many of our favorite games possible. 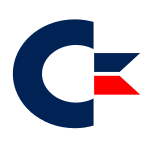 I doubt there is a single person who gamed in the '80’s that wouldn’t recognize that C. 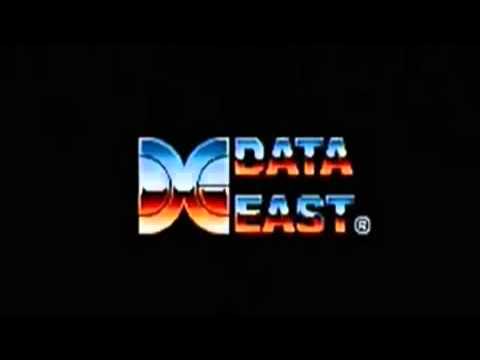 Not the most well-thought-of company in the Japanese-dominated arcade era, but they got some mid-tier classics. The logo is pretty straight forward and lets you know you’re in for some quality. Cool to see games like Night Slashers and Windjammers get a second chance.

E is for Eidos Interactive.

While not known for their stellar development per se, they are one of the most prolific publishers of all time.
They have many smaller subsidiaries that are responsible for some of the best titles game development has to offer.

Here are a few of the major games series and hits that they have been involved with.

They are now a part of the Square group of companies, and are known as Square Enix Europe. There is also an Eidos office in Montreal, Hungary, and Shanghai. 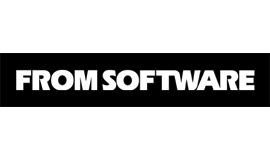 FromSoftware, Inc. is a Japanese video game development company founded in November 1986. The company is known primarily outside Japan for being the developers of the Armored Core and Souls series, as well as Bloodborne. FromSoftware was founded on November 1, 1986, and developed productivity software for the first several years of their existence. They released their first video game, titled King's Field, as a launch title for the PlayStation in 1994. The initial King's Field did not see a re...

Dark Souls is a sadistic, brooding beast, which I am yet to tame.
My younger brother regards it as the game he wishes he could experience for the first time again.

My first experience of a game from From was Tenchu on the PS1. Armored Core is also something I hear is good too.

G is for a little known developer known as G.revolution!

G.rev Ltd. (有限会社グレフ, Yūgen Gaisha Gurefu), short for G.revolution, is a Japanese video game developer. The company was founded by former employees of Taito's arcade division who had worked on G-Darius and RayStorm, and is known primarily for their arcade shoot 'em up games. G.rev was founded with the mission of developing arcade shooters, but they realized the cost of development was more than their initial investment capital. To generate revenue, they took on contract work for Taito and Treasur...

Known by shooting game fans mostly, they have brought us great ones such as Border Down, Under Defeat and Dariusburst Chronicle Saviours.

They also shadow developed several classics, helping out Treasure in the development of Ikaruga and Gradius V (2 of the most awesome modern shooters).

you can also check it in preview mode.

I’ve removed it from my post so you can edit yours?

H is for HOUSEMARQUE

Housemarque Oy is a Finnish video game developer based in Helsinki. The company was founded by Ilari Kuittinen and Harri Tikkanen in July 1995, through the merger of their previous video game companies, Bloodhouse and Terramarque, both of which were founded in 1993 as Finland's first commercial developers. Housemarque is the oldest active developer in Finland, and had over 50 employees as of February 2014. Their most recent game is Stormdivers, a battle royale game scheduled for release in 201...

They’ve made some of the greatest twin stick shooting games ever made, but for me they’ll always be remembered specifically for The Reap! 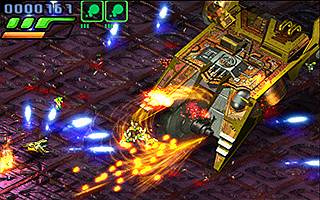 I is for Intelligent Systems.

Intelligent Systems Co., Ltd. is an independent Japanese video game developer closely affiliated with Nintendo and best known for developing the Fire Emblem, Wars, and Paper Mario series. Originally, the company was headquartered at the Nintendo Kyoto Research Center in Higashiyama-ku, Kyoto, but later moved to a building near Nintendo's main headquarters in October 2013. Intelligent Systems started out in the video game industry when programmer Tohru Narihiro was hired by Nintendo to port Famic...

They made incredible strategy games and RPGs for Nintendo over the years. And also some cool hardware for development purposes.

Gotta hand it to @matt for a great thread idea. I love the variety in game companies and seeing everyone’s choices. FOr example, I never would’ve thought of Housemarque for H, but I played a metric ton of Resogun when the PS4 launched!

I is for INFOCOM

Infocom was a software company based in Cambridge, Massachusetts that produced numerous works of interactive fiction. They also produced one notable business application, a relational database called Cornerstone. Infocom was founded on June 22, 1979 by MIT staff and students led by Dave Lebling, Marc Blank, Albert Vezza, and Joel Berez and lasted as an independent company until 1986 when it was bought by Activision. Activision finally shut down the Infocom division in 1989, although they relea...

Infocom is arguably the pioneer and most popular Interactive Fiction (Text adventure) game company out there. Yes, they weren’t the first, but Zork really was leaps ahead of Colossal Cave Adventure in terms of both complexity, and style, and you can argue that they were the first company that wanted to use video games to tell rich and interesting stories outside of “Get the treasures and not die”.

Some of my favourites, outside of the Zork franchise, include “A Mind Forever Voyaging” in which you play as the world’s first sentient computer, PRISM, in an attempt to bring the United States back from the brink of societal collapse, “The Lurking Horror” which takes place at MIT and is very Lovecraft inspired, and “Planetfall” a Sci-Fi comedy adventure with the robot Floyd, one of my favourite characters ever.

“Hitchhiker’s Guide to the Galaxy” gets its own paragraph, because that game is so absurd, so hilarious, and so worth playing. It is the perfect example of everything great and everything terrible with IF all in one. The early puzzle which finds you acquiring a Babel Fish is honestly one of my favourite puzzles in all of Adventure gaming, and one that I constantly use in discussions as an example of superb game design. However the same game also requires you to collect various bits of fluff for seemingly no reason (the game came packed with a baggie of fluff as a clue), requiring most players to restart the game just to keep track of their fluff collection as it was needed near the end.

And J is for JAST

JAST USA is a publisher of English-language versions of Japanese video games, specifically bishōjo games, dating sims, visual novels and Japanese RPGs. It was founded in 1996, and their first game releases were Sakura Soft's Season of the Sakura and JAST's Three Sisters' Story. It has had several brands: Peach Princess, G-Collections, and JAST Densetsu. JAST USA was so named because it was originally affiliated with JAST (the Japanese company), but with the closure of JAST in 2000, the company c...

I knew you wouldn’t let us down.

Is their logo 18-rated also?

Amusingly enough I was googling around for it but didn’t want to save anything related to them to my computer when I remembered you could just do url image links here.

Was going to keep this going but searching for one smut publisher was enough for me, time to clear browser cache.