This comes as a surprise: A fully featured modern compilation of Capcom arcade classics, seemingly developed in-house at Capcom rather than outsourced to a third party where mixed results have been achieved in the past.

Capcom’s taken the same route as Namcot Collection - you get one game (1943) to start, with the rest being sold in catalogue bundles.

While some of my personal wishes (the four Pang games, Mars Matrix) haven’t made it into the collection, there’s quite a few games in the lineup that I’ve never played before, and the included functionality looks very promising.

This seems to be a high-effort product, particularly evident in the extensive display filter and screen border options, which even appear to one-up what M2 achieved with the Cabinet setting in Switch Sega Ages titles: 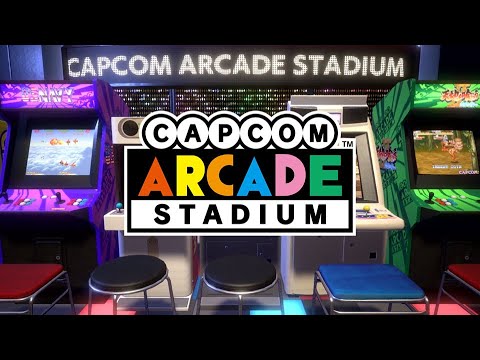 Since there’s weekly rotating special challenges hopefully there will be more games released beyond the first three packs.

Is anyone else cautiously excited about this?

It would be crazy for them to not roll out CPS 1/2 games in this. Hoping for Mighty! Pang to make an appearance.

Mighty! Pang is the only one I haven’t played yet so I really hope it makes it in. Would be good to have arcade versions of 1-3 as well - not sure how accurate PlayStation Super Pang collection is considering the music seems to be redbook audio with fading/looping

I noticed Progear and 1944 in there as well. Would love to have Dimahoo hopefully.

I’d love to see Gamshara (Mitchell/Capcom, 2002) wish isn’t even in MAME yet. 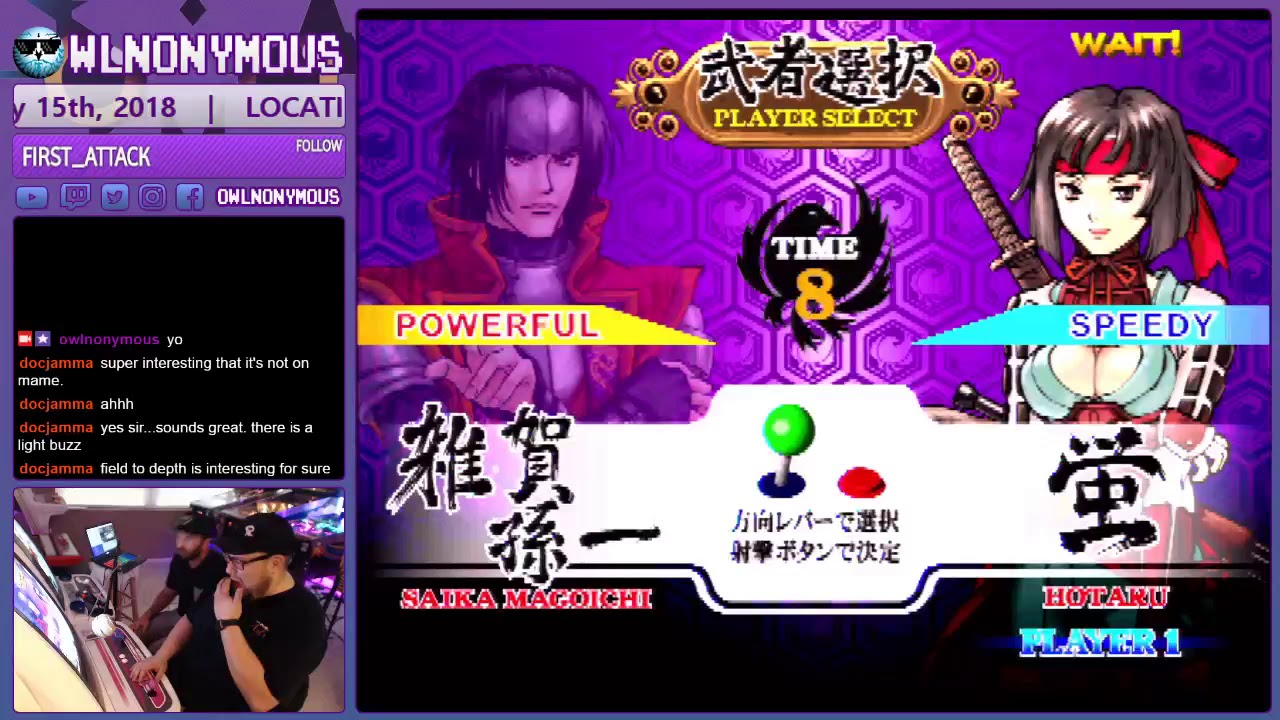 I am excited if for no other reason than Progear is in there and now you won’t have to track down that massive two player CAPCPOM joystick abomination to play it at home legitimately.

I’m impressed that 19XX and Progear were included. I was worried this would just be a bare bones lineup, I’ll be getting all three packs for sure. Can’t wait to play 1941, 1943, 19XX and Varth in TATE with Flip Grip (or in table top TATE mode with the Hori stand which is also great). It’s just a great selection overall and now I can (mostly) retire my older Capcom collections. Also second that the scanline options look solid so far, will be interesting to see who is handling the emulation. I own a phoenix’d Progear CPS2 but don’t currently have a very good set up space for my supergun and PCBs so will be great to have an easy go-to way to play that game. I used to own 1944 the Loop Master many years ago but sold that PCB many years ago and am looking forward to playing it again. It’s not as good as 19XX but is an overlooked entry in the series and also unique in that Raizing developed it. 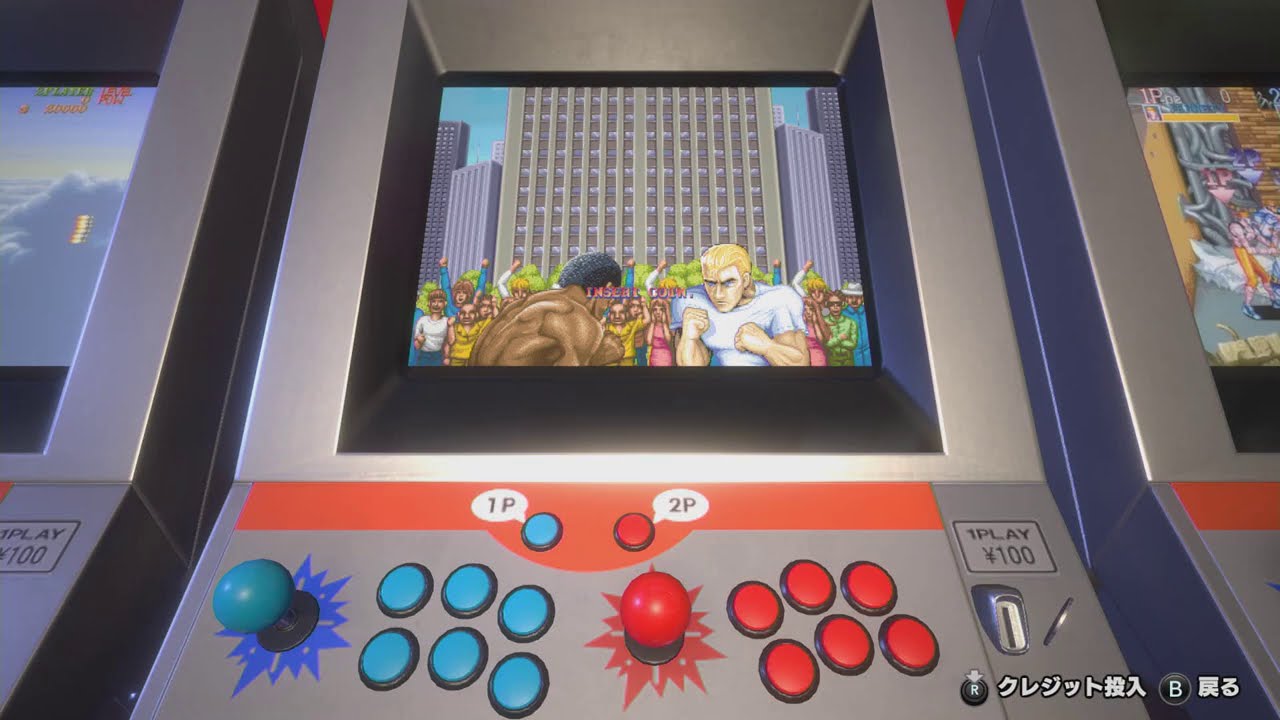 And the front end: 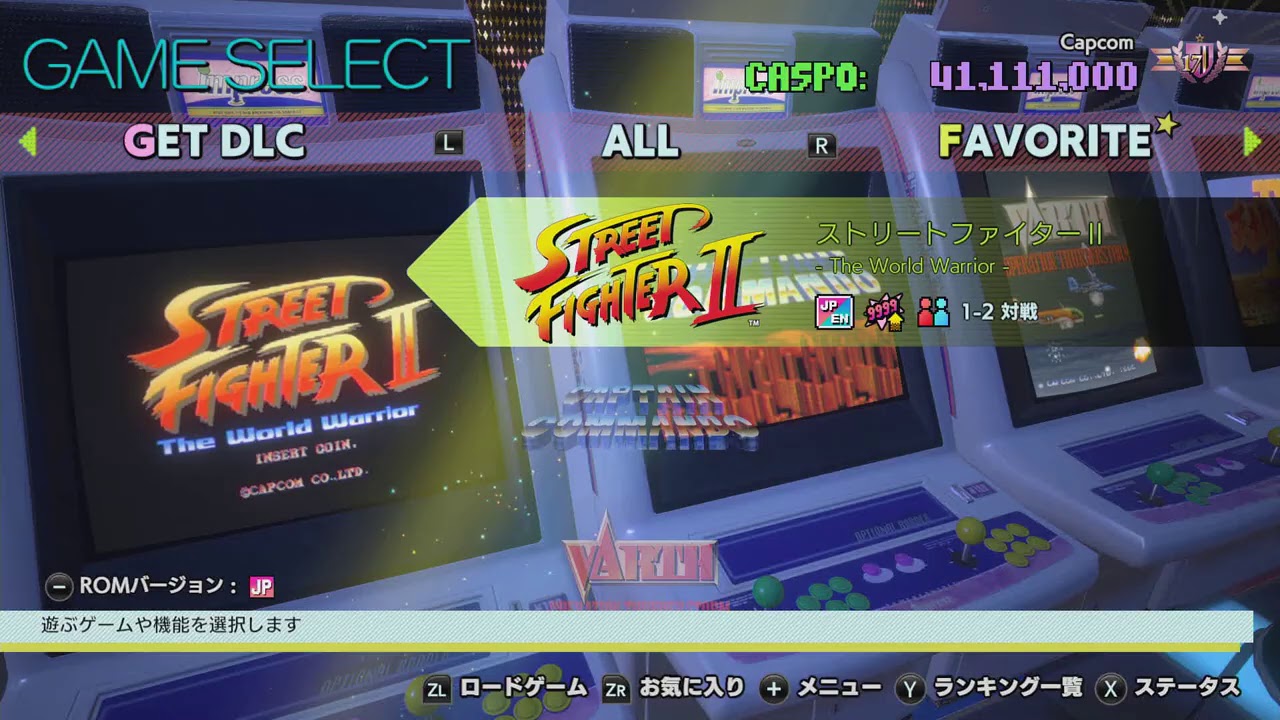 That’s actually pretty nice. And, shockingly, I actually like some of those scan line options.

I missed this original post. Hadn’t heard of this at all. Retro Switch paradise rolls on.

Still no release date and it’s due this month, hoping for a ‘surprise’ release after tomorrow’s Nintendo Direct.

If it does get more exposure like that hopefully Capcom plans to release more packs of games.

One of the very few announcements I cared about from today’s Nintendo Direct.

Edit: I’m impressed by the presentation of the games and of the arcade itself, but the display filters are bothering me. Type B seems to be a shadow-mask style filter (called RGB) but there’s no option to also soften the image to stop pixel crawl. Type G appears to be the best - curved, soften, and scanlines BUT in portable mode at least the scanlines are poorly implemented. Wish there was just tick boxes next to each option so you can add/remove what doesn’t work. Something like Sega Ages’ ‘Vintage’ filter would be perfect for me too.

Got to head to bed soon so looking forward to reading your impressions!

Download as soon as it was available and wrote down my thoughts lives.

-each package is $20 CAD individually or $55 for the full bundle.

-I bought one of the pack and Ghost & Goblins just popped up as a free DLC. Not sure how this all works?

-Screen setting: Raw, scanlines (with a bunch of filter), game on the screen of a 3D cabinet + scanlines

-Can rotate screen in any direction (good for tate)

-games have whatever dips settings were on the original cabinet as options + game speed (5 settings from very slow to very fast, this can also be manipulated ingame)

-There are a lot of cabinet models and screen borders options

-can change between EN and JP roms with - button. If a game doesn’t have an EN room it’s whited out and asks you to switch to the JP rom instead of just defaulting to it, which is pretty dumb.

-don’t have all games so I can 100% confirm which is which but some games have a score attack (every shmup and fighting games) mode while beat em ups and strider have a time attack mode. I guess they thought nobody wanted to play Final Fight for score?

-All controls can be remapped, including interface stuff like inserting coins

-Done with talking about menus except for one final note: there’s a pop-up every time you enter a new menu. This is annoying as shit.

-Having played multiple games CPS1 and CPS2, there’s a subtle but definite jerky stutter (screen tearing?) whenever the screen scrolls. This is most obvious in Varth because of the wide playfield

I don’t remeber this from previous compilations where those games were featured, including those on Switch (like Street Fighter 30 and Capcom Beat em up bundle).

Having not played these games on their original format, I can’t speak authoritatively but they sound and play fine otherwise. Can’t measure it but I didn’t feel input lag was an issue.

-There’s something about a leaderboard currency called CAPSCO (that’s how it’s written in the French translation idk about english) you get for playing games with a bonus for completing, credits used, etc. Seems to be entirely for bragging rights.

There’s a achievements (called “Triumphs”) and a levelling system where you get additional border options, etc the more you play. I assume it’s time based because I “leveled-up” just by scrolling the menus.

-Having played multiple games CPS1 and CPS2, there’s a subtle but definite jerky stutter (screen tearing?) whenever the screen scrolls . This is most obvious in Varth because of the wide playfield

Damn that’s a really great write up! But this one part is a bummer. I really hate any sort of stuttering.

Thanks for the comprehensive run down!

The only game I played last night was Ghosts and Goblins in handheld mode, and it seemed okay, but it’s relatively slow paced.

I’m a bit deflated now about the stuttering, particularly while docked, because that’s where I’d prefer to play it given the larger image and my preference for the first person camera.

Re: latency, there is this video looking at Makaimura: 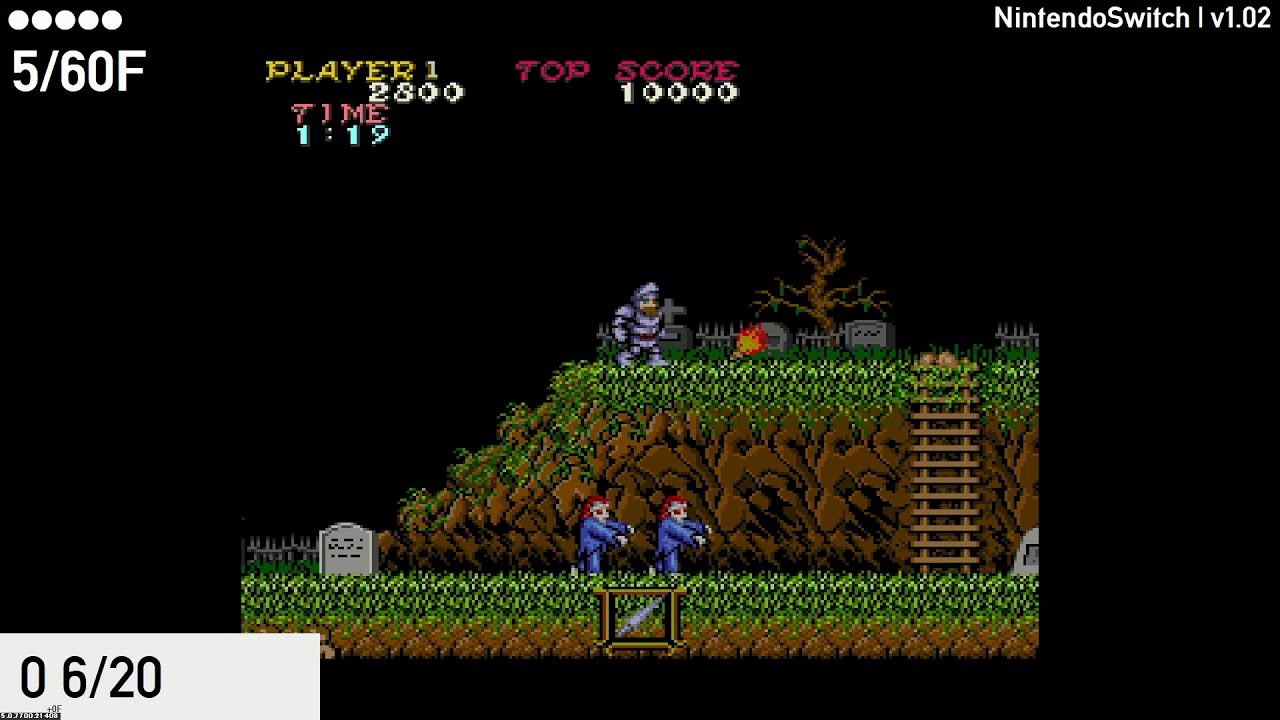 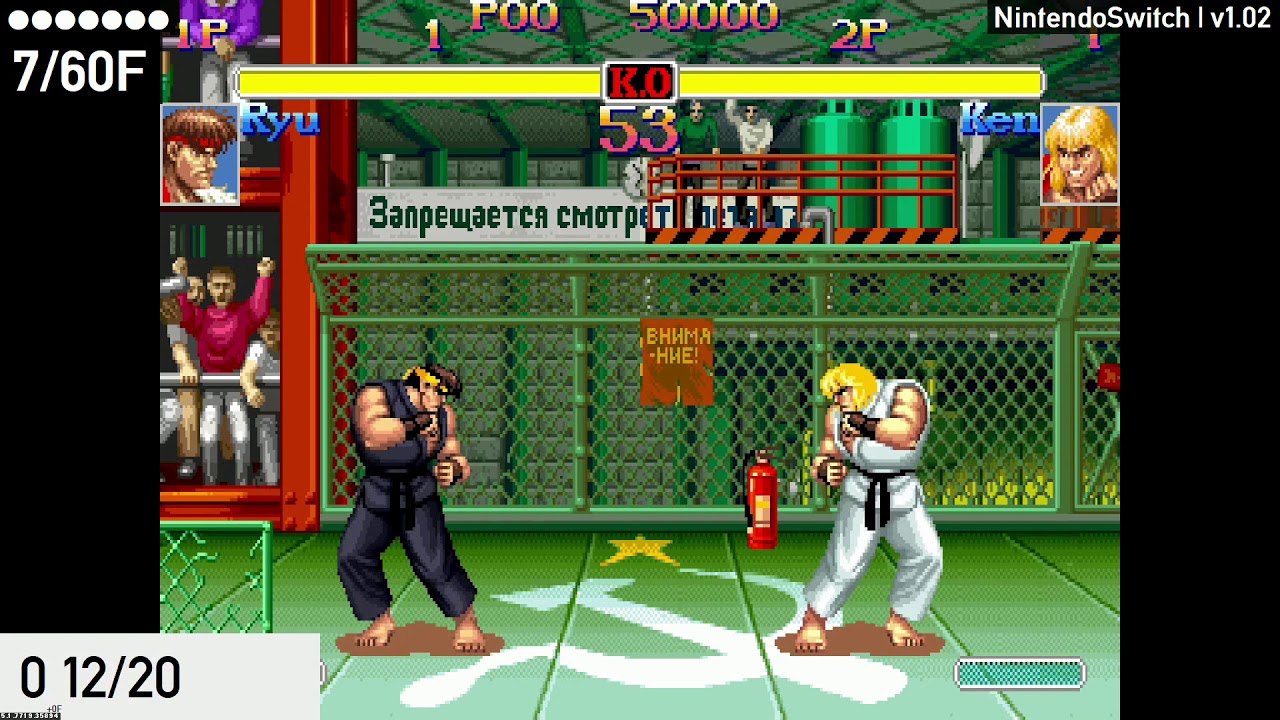 Should be added to the database here when the guy tests more of its included games: 入力遅延・インプットラグ検証データベース(inputlag database) | kimagre inrash

Wonder if things are worse in first person camera, since it’s rendering more things around the emulated game. If you bring up the credits reel you can tell it can’t hit 60fps all the time, at least in handheld mode…

Hopefully this is fixed in patches.