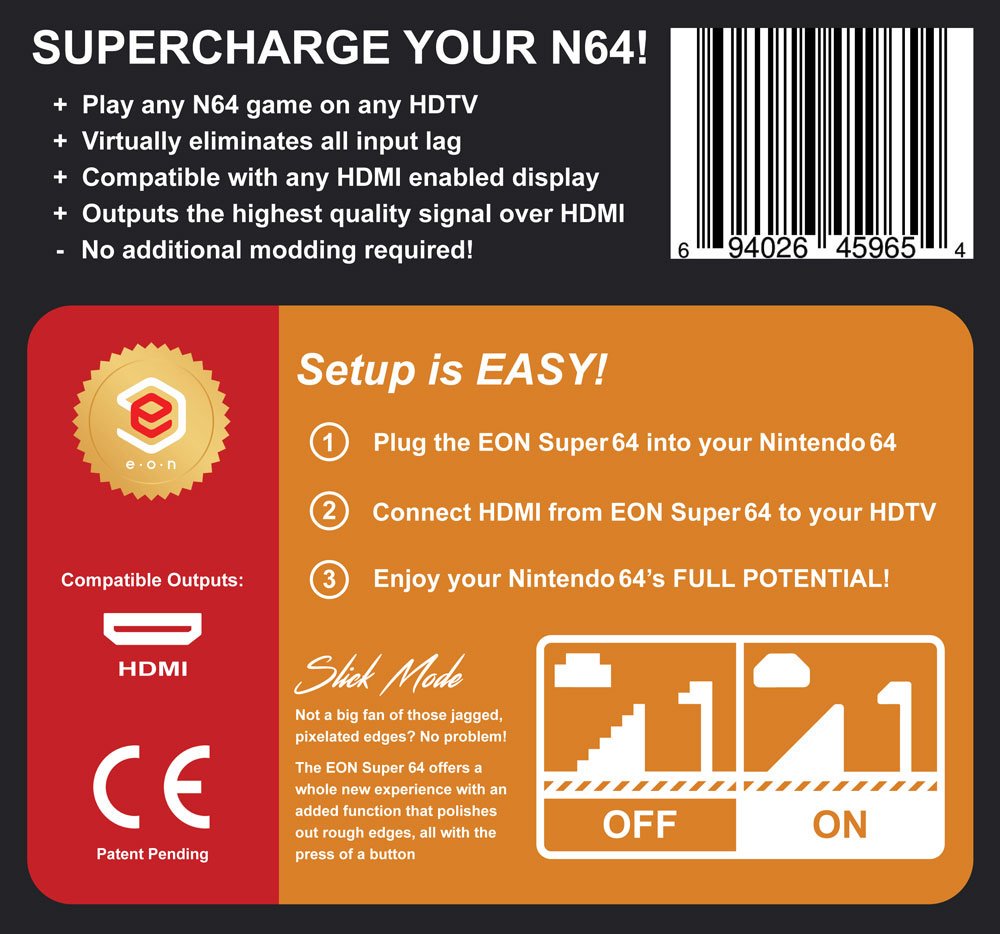 That price is pretty crazy!

Yeah. It looks like Bob thinks the same thing:

Here’s the difference: the modern gamer prefers to select their consoles using HDMI rather than some device that toggles between different analogue singals, then converts to HDMI, then still needs that HDMI signal to be selected as an input.

Most people just prefer simplicity. I actually think the price is fair even though I’d never grab this. I think, eventually, everyone just wants an HDMI cable to their systems of choice.

Fair point. Plug and Play can go a long way as long as it’s the right audience.

Yeah… the TINK 2x is the way to go for this stuff right now. It’s an all-in-one solution at a reasonable price to get composite, component and S-Video consoles to the HDTV.

I mean, I get @Peltz point, but that’s a lot of scratch for one console to get to an HDTV that way.

Let’s be honest… if you’re playing old hardware, you’re probably playing more than just N64. You already own a switch box of some kind for that old hardware that you’ll just plug into your RetroTINK-2x. Changing HDMI inputs is down to using your TV remote at that point.

It’s true. I think the device is for people who only have 1-2 old consoles with some nostalgia attached that aren’t that into retro generally. It’s rare, but I do have a friend from law school that only loves N64 and isn’t into console gaming otherwise. It would be perfect for him.

…ok, but how will they find it if they’re that casual and is it really worth that much to them?

It just strikes me as one of those situations where someone said they could build something but not thinking about whether they actually should.

I’m pretty sure I got my UltraHDMI installed for a similar price which can output up to 1080p lagless over HDMI. Don’t know if availability is better nowadays but it used to be in high demand so another solution is welcome, it’s just a bit pricey IMO for what you get.

I’m having trouble figuring out who this product is for exactly. That price point (+480p) means it’s not really attractive to the casual market imo, regardless of convenience, and for someone who is willing to spend that much there are arguably better ways to spend your money when it comes to N64 scaling. Seems like its potential market is a niche of a niche?

Yep, it seems that way.

You need to be some for whom:

Money is no object is the most important thing it seems. The price is just crazy, but hey, it’s a simple solution at least. I’m still glad I got my N64 RGB modded.

I actually saw two of these in the wild on Saturday. Just Press Play stores in the Lancaster, PA area have them in stock. I said wow. I also did not check the price.