Here’s the box art for the Amiga/Atari ST game Custodian. 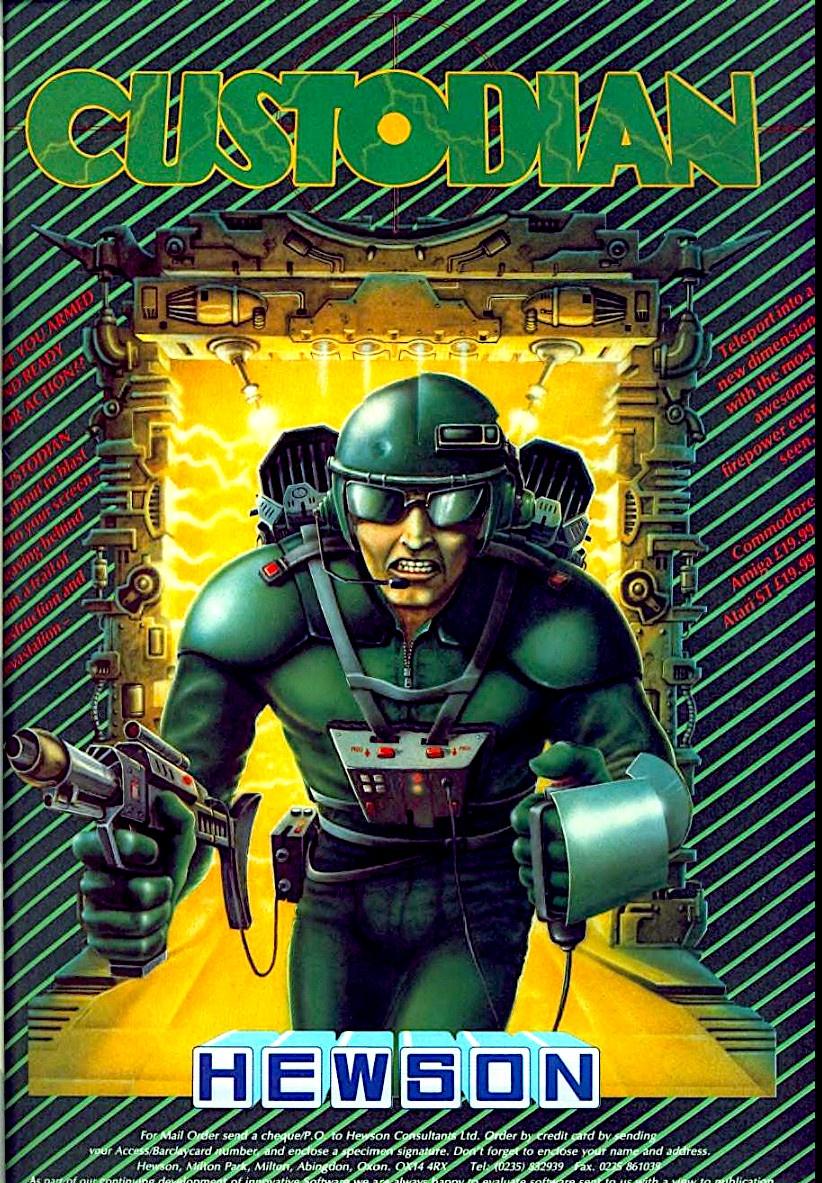 With a cover like this, you’d expect the in-game character to at least look vaguely human, right? 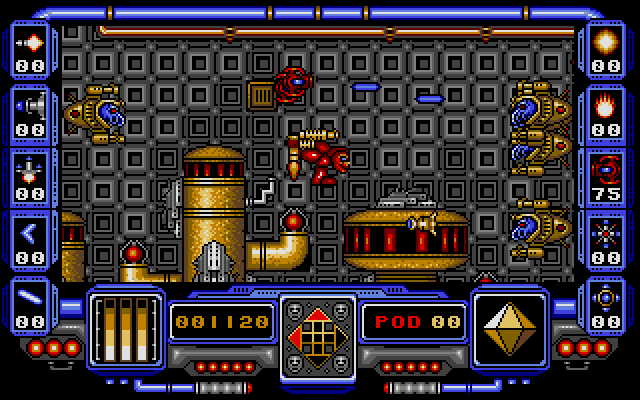 As you can clearly see, that smiley-faced monstrosity looks nothing like the dude on the box art.

But it gets worse.

Just take a look at the game’s title screen… 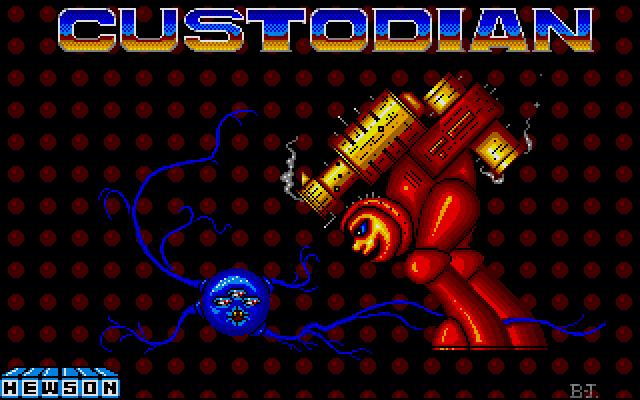 So, do you guys have some more examples of in-game characters that look vastly different from the way they’re depicted on the box?

The sillier, the better!

funnily enough, I just literally came across this:

I think this one is pretty much the GOAT.

SR-71 Blackbird on the cover, the most badass jet ever created.

In game you get to fly a little red plane with either 1 or 2 props, depending on if it’s a cutscene or not.

(just sold a copy of this) Insane genius Austen van Flyswatter has stolen a huge collection of diamonds, and retrieving them involves navigating a succession of fiendishly-designed arrangements of platforms and traps. Does that sound like a job for a retired superhero? Captain...

Ironsword has always been a favorite.

Some really great ones so far! Keep 'em coming!

The 8-bit home computer version of Athena has rather metal looking box art of a muscle-bound heroine fighting a hulking minotaur. 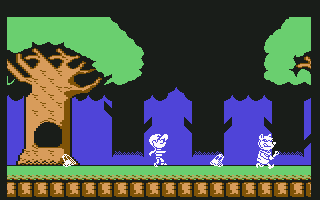 Imagine you’re a kid in the eighties and you’ve just scraped enough pocket money together to buy a game for your home computer. Off you go to the store, determined to find a game that will rock your world.

When you enter the shop, your attention is immediately drawn to this bad boy: An imposing monster with sharp teeth, bloody claws and freaking human skulls dangling from his pants? This game must be hardcore!

You rush home with the cassette in your hand, daydreaming of all the exciting adventures you’re about to embark on with your new reptilian pal. 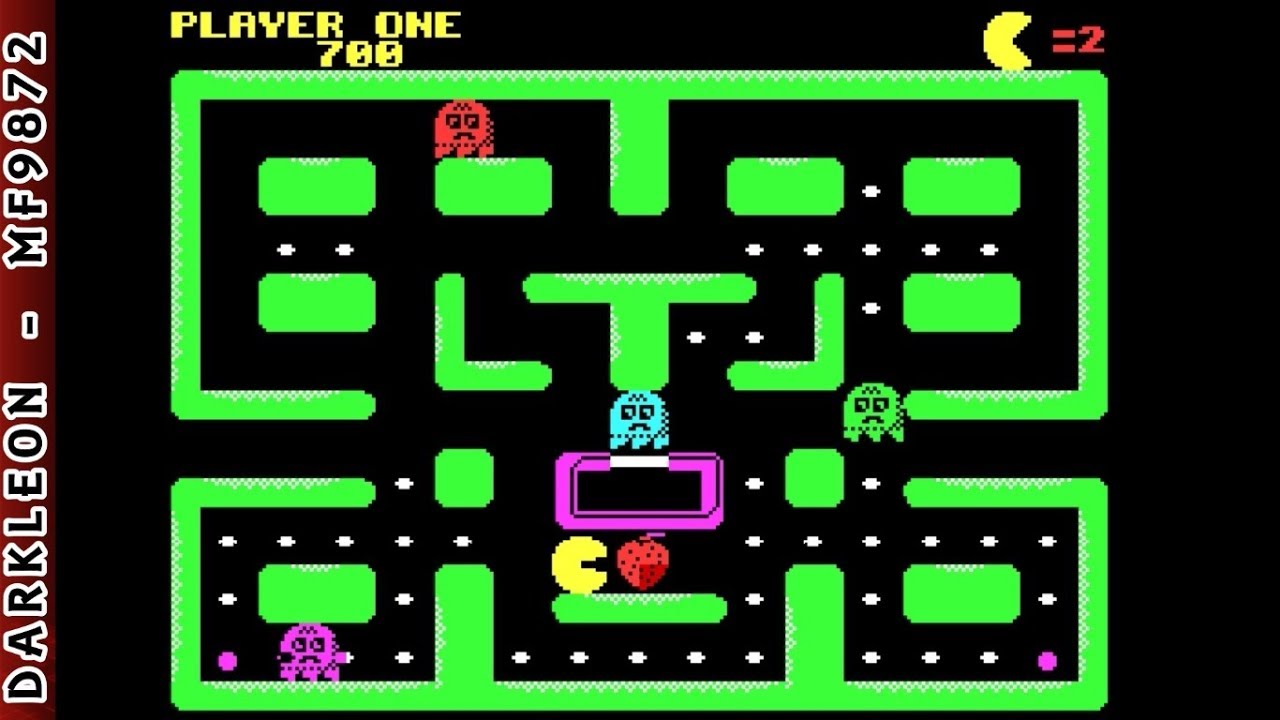 Even the ghosts look disappointed.

Boulder Dash is an odd one. Nobody seems to be on the same page regarding Rockford, the protagonist of the game.

Here’s what he has looked like on various covers:

And here’s how he has appeared in-game:

So, what on earth is Rockford supposed to be? A miner? A robot? An insect? A cat? A rugged adventurer? Or just some cartoony dweeb in a striped shirt?

I appreciate that the 2020 release went back to the roots, kudos to that!

Here’s another one. The viking on this cover seems to be a healthy young lad. Until you start the game and find out he’s a flabby Hägar the Horrible rip-off. 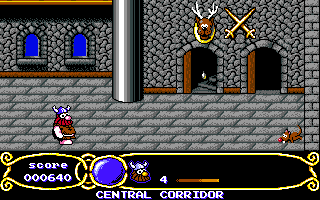 "Lads, we didn’t get the license, someone let marketing know… "

Pretty much all early box art that uses live models would probably classify.

Here’s one of my favorites from when I was young.

I guess this flowed out of the VCS era where you needed some imaginative fantasy novel type art to contextualise the extremely abstract primitive graphics. Most famously: 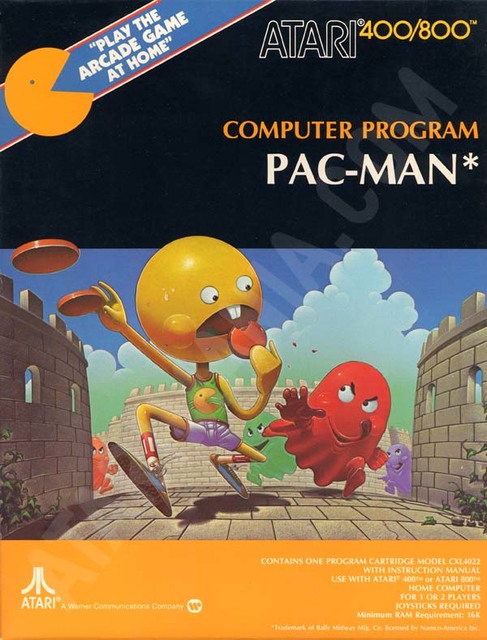 But then you enter the Euro/US PC space where lying on the box became an art form. Arcade graphics shown on the box for your c-grade hobby coded C64 port etc.

It’s why Nintendo went with pixel art in the US boxes, to be straight up with what the game contained.

What gets me here is that the hats don’t match… unforgivable!

Haha, I also had that game, but at least the box art of that version featured an Indiana Jones clone. Oooof yeah, so many C64 games with arcade/Amiga/ST screenshots on the box. That was a really scummy practice.