Is the Saturn Mission Stick worth it for Panzer Dragon?

So, funny story. At first, I thought Panzer Dragoon on Saturn was very clunky. But as it turns out, it isn’t really compatible with the analogue control of the 3D Saturn Pad. Its analogue mode was actually built around the Saturn Mission Stick.

Using the analogue mode on the 3D Saturn Pad will actually make the game nearly impossible to beat since it has a different gate than the Mission Stick and you basically cannot aim in the corners of the screen. (LOL) For years, I have struggled with this game because of this reason.

Then I tried playing with a regular digital Saturn controller and it was SO MUCH
BETTER. But it’s still just digital control for what really is a 3D game that would benefit from analogue. And that means moving the reticule around smoothly as intended really isn’t possible with 8 way controls. It’s doable, but not ideal.

The Mission Stick is going for around $150 in decent condition. What do you guys think - does it work well with Panzer Dragoon, or should I just stick with a standard 8 way controller?

Well if it’s for Panzer Dragoon specifically, I would say yes! Not particularly because of the analogue (it’s there ajnd it works, but it doesn’t really make a massive difference) but because the Mission Stick’s built-in autofire breaks the game wide-open and makes mincemeat of its bullet sponge bosses. It is glorious. I akshually recorded a whole playthrough with the MS if you’re curious 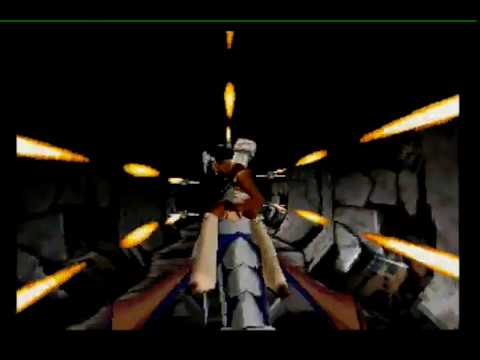 Beyond PD too, it’s a very nice accessory and well supported. After Burner II, Space Harrier,Galaxy Force II, Wing Arms and Mechwarrior II are all massively enhanced by it.

The Mission Stick is cool but a bit expensive now for my tastes.

There’s also the Switch remake for playing Panzer Dragoon 1 with analog controls. It’s quite good even though the atmosphere is a bit different.

damn, I’d just wanted the stick for after burner, didn’t even think of panzer dragoon…wait what does the stick go for these days?

I never got into the on-rails Panzer Dragon games on Saturn either, this might make all the difference for me as well.

Also didn’t realise it had 3D controller support - but it seems I dodged a bullet there!

Bloody hell, I just felt bad dropping 5700 yen on one new in box.