Light gun gaming OT - Even the menu options are targets

Come inside and discuss your favorite light gun and light-gun-like shooting experiences.

I’m still a neophyte of the genre, but here are a few of my favorites so far:

What are some of yours?

I like everything else okay. But I could play Point Blank 1, 2 and 3 every day and never stop loving them. 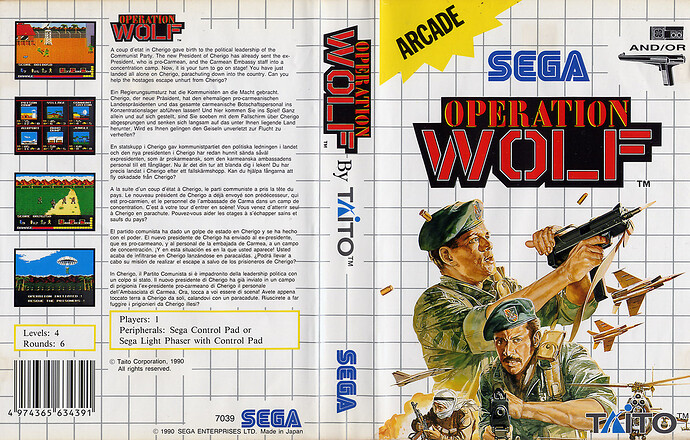 I’m in love with Wild Guns on switch. While it doesn’t use a light gun it totally could !

MASTER SYSTEM. YEA BOI. I love the light gun games on this system. 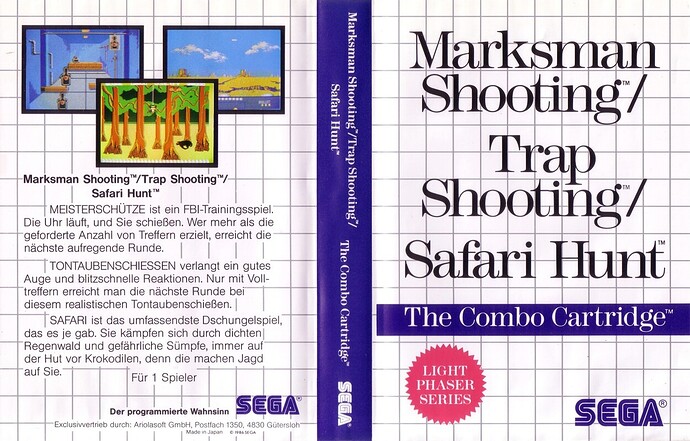 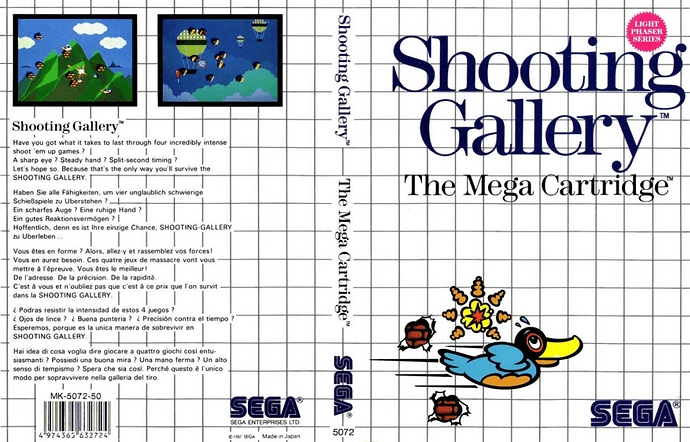 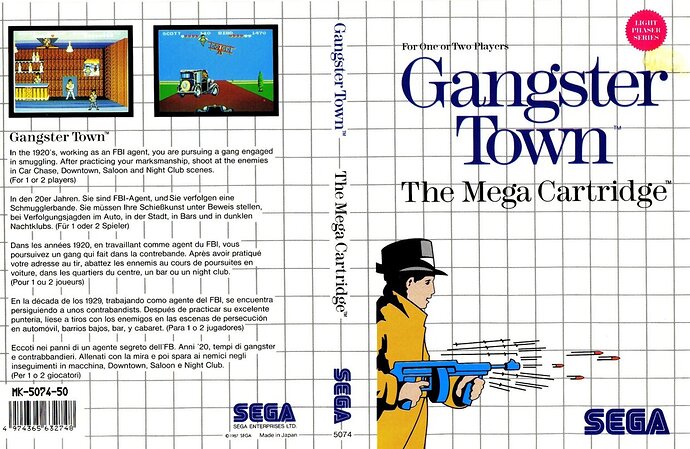 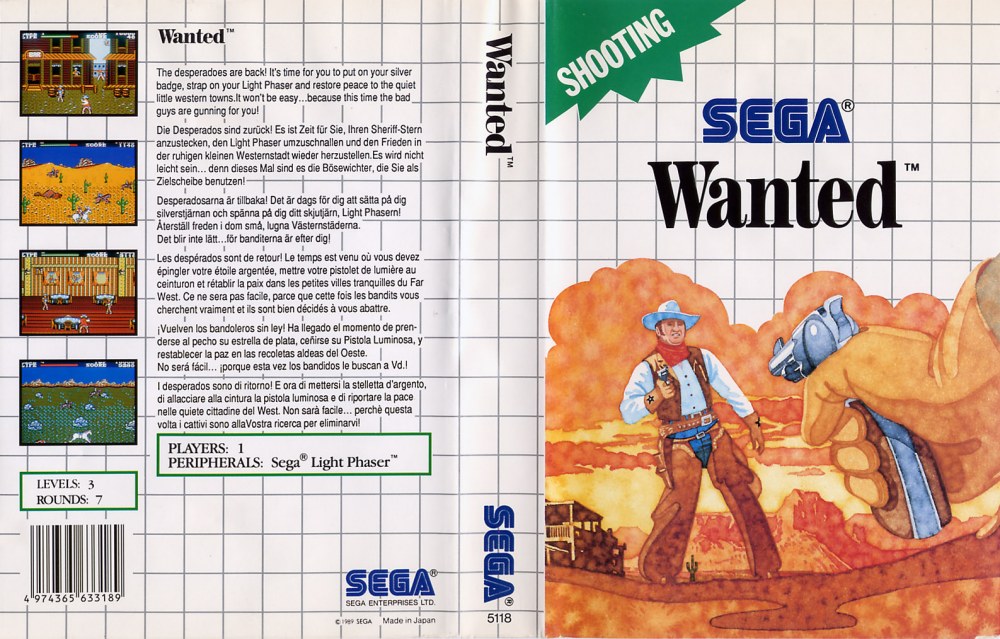 Dumb question: does the angle of the CRT affect the light gun from registering accurately, generally speaking?

I have a Dreamcast in my arcade cab, and the screen is titled up/back slightly. I have my Dreamcast connected via VGA, and I find that my light guns register a bit wonky. It’s definitely playable, but the range is limited and I find that I have trouble registering hits on enemies closer to the perimeter of the screen.

I bought the light guns off of eBay, so it could be them. It’s also possible that the VGA 480p signal is the culprit, although I read that Dreamcast light gun games are compatible with 480p (and they do work in this case.) Any thoughts?

The angle shouldn’t effect it, because there is nothing that reflects back.

All of this happens very fast of course, which is why they don’t work on LCD TVs. The white box would be happening after the gun is checking for a hit, so it’s always a miss.

So, theoretically, is it possible for it to work if you had a fast enough LCD?

No love for Rescue Mission? 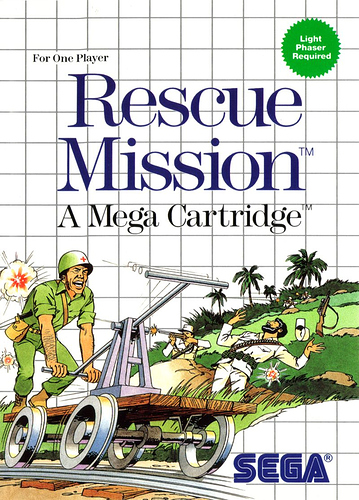 Have to say the Sega Master System was the console I enjoyed playing light gun games on the most growing up. I especially loved Operation Wolf on the SMS. Originally I had the Spectrum version of the game so it was a huge improvement!

That said while this was the reason I initially hated Duck Hunt. It is clearly one of my favorites now and I’m not too bad at it either. A few years back when I visited the National Video Game Museum in Nottingham, UK I ended up hogging their Duck Hunt setup for quite some time and scored 519900: 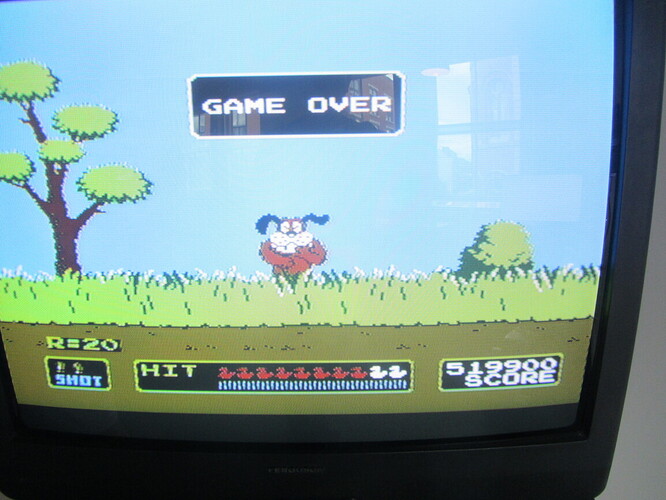 I came across House of the Dead 1 (with red Blood) AND HotD4 in a movie theatre that I don’t generally go to yesterday. Would’ve loved to have put some time into them, but we got there right before the movie started, and left immediately afterwards: had to get the little one to bed

Has anyone played HotD4? I’ve played the first three, but never the fourth one, and would be curious to hear impressions, especially if it’s worth driving back out there to play!

Yep, there’s no other reason it wouldn’t work.

I haven’t played it, actually. I will have to look into it, for sure!

Does Operation Wolf have any issues when played on an NTSC Master System?

Also, although Virtua Cop is better quality, I have a dot spot for Gangster Town. Shooting the tires off the car, the angels and the bottles off the shelf in the saloon were amazing.

I recall Operation Wolf on SMS having some issues when played in NTSC 60 but off the top of my head I can’t recall the exact problems as it’s been quite a while since I last played it. Switching the console to 50hz resolves all issues though.

Nope, Master Systems are region free. I have a few PAL games, and you cannot tell the difference.

That’s one of the beautiful things about collecting for the system, you can buy anything you like!

game room setup has a proper CRT & lightguns for most systems, but i’d been wanting to play more MAME on the living room/plasma tv combo…are there cheap/solid options for light guns?

You could always hook a CRT up to an emulation box of some sort. It could be done with a computer or raspi.

if i did that, could any of the guns i have (namco PSX one with the pedal, sega/nintendo light guns etc) be
made to work? that’d be worth it

It depends… they would in theory work just as expected, but you have to keep input latency in mind.

Let’s say you want to run a typical NES light gun. How do you hook it up to the PC or Pi? If you have an adapter for it that doesn’t add latency, then it will work. If you buy a cheap ebay adapter, your guess is as good as mine if it will add latency or not.

Raphnet makes probably the best adapters on the market, and there are a large variety of different ones for various systems. That way you know you’re getting something high quality that won’t add input lag.

Rescue mission is great, reminds me that i need to dig it out and play it again!