Today Nintendo announced that production has ended on 3DS hardware, just a few months short of the handheld’s tenth anniversary next February: https://www.nintendo.co.jp/hardware/3dsseries/index.html

This truly is an end of an era for a line of traditional Nintendo handhelds whose legacy goes way back to the R&D 1’s experimentation across different Game and Watch handhelds. So long!

So long and thanks for all the fish.

Amazing run for the platform. It’s hard to believe it came out 10 years ago now.

It was probably the last (roughly) 240p device too. So this marks the end of standard def graphics on a major platform in general.

It provided too many great moments to list. It’s amazing how they turned things around after a troubling launch too.

Pour one out to the best comeback for a platform in quite a while.

Yeah, I’m really glad they were able to make it work, as it become one of my all time favourite systems. So many hours poured into this thing and it’s just the embodiment of being a very functional nintendo system while also entertaining me with wacky nintendo gimmicks.

A long legacy, combined with the original DS especially. Dual screen gaming was pretty cool, and we aren’t likely to see this format again. Very fertile ground for collectors and people who value a unique experience on original hardware for that reason, too. Can’t easily emulate the experience.

Yup. I tried DS emulation on Wii U and thought it was rubbish, even though the GamePad’s flexibility in theory makes it, in theory, one of the best systems for that! Even playing DS games on 3DS doesn’t translate quite right, despite the game code running natively!

I’m playing Crash City Mayhem at the moment and I forgot how cool 3D is on this system.

Some games do it better than others, this game is pretty average in the regard.

I just got back into Dragon Quest 8 over the last week despite putting it down last year. How bittersweet that the 3ds line is coming to an end for good. Long live the 3ds.

It feels like I had a completely different life before it was released compared to now.

I was thinking that too. My wife and I met right around the time the 3ds came out. Went from og 3ds to blue xl, then to zelda xl, now to white n3ds. Its funny how I can chart parts of my life based on what was going on with game systems at that particular time.

Here’s my photo from the launch of Pilotwings Resort 3DS. One of those game launches I never thought would happen. And yet it did! 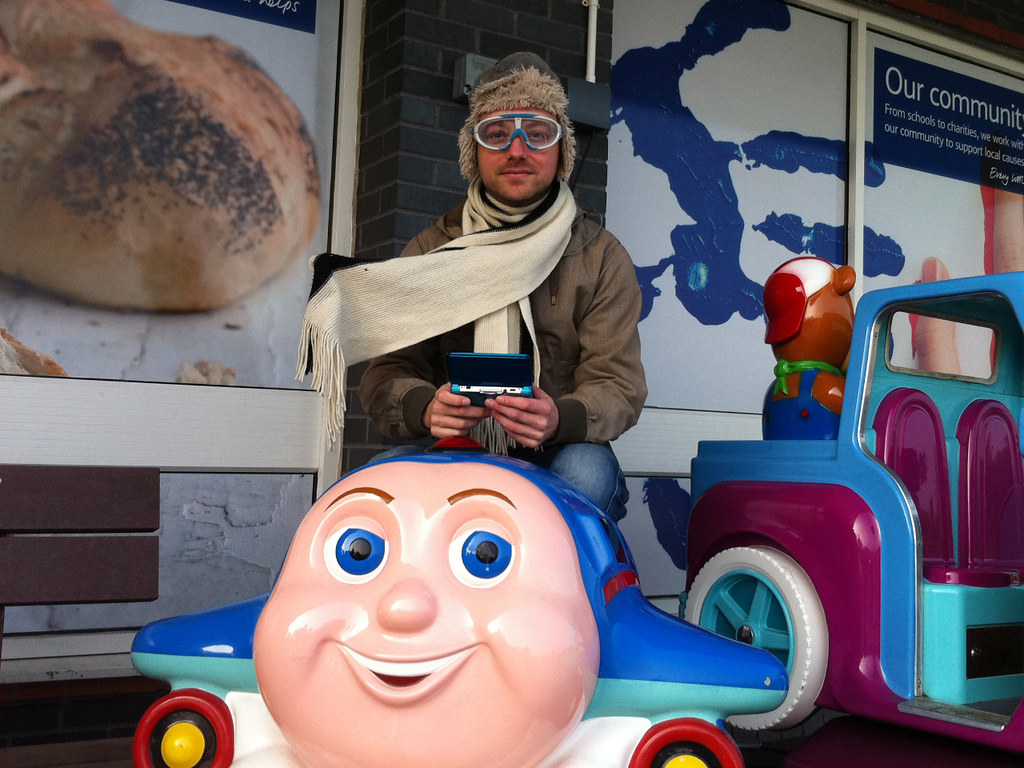 Such an underappreciated game. I was getting one new game a week following launch, picking up Pilotwings late because it was criticised for being “only 3 hours long”.

How wrong that statement was, I spent a good thirty hours obsessively playing the game! Sure, it’s a short game if you just want to play through The Content mindlessly, but a huge part of the game’s appeal lies in mastering every facet to it, getting red triple stars on every level felt like such an accomplishment!