Resellers are the bane of my existence

Today I decided to go to an Estate sale that had a bunch of Gamecube and PS2 games. This is a populated area, so I got there an hour early to beat out the sharks. #14 in line, which is not great, but everyone but one guy is over 50, so I figure they’re there for the antique furniture. Before the sale opens, the seller asks if anyone wants to know where something is. Foolishly, I ask about videogames. The 1 young guy ahead of me hears this, races ahead of me, grabs the entire gamecube pile, and forces me to wait while he picked through it. You might say “How do you know he was a reseller?” For one, he grabbed a copy of Bomberman despite admitting he had no clue who Bomberman was, and two, he only grabbed games that were valuable. Thanks for leaving a copy of Hunter: The Reckoning though!

So, outburst aside, let’s share our stories of crappy resellers who make the hobby less fun.

(I’d like to clarify, ya’ll are cool, I just dislike the people who buy and sell games with no intention of playing them.)

I share a lot of your frustrations. I’ve watched the “retro” gaming market grow into something large and, at times, rather ugly. I used to be able to walk into a Funcoland and pick up a few old games for cheap. Now it’s all “ebay pricing” and profit driven. I’d have no problem if the demand was coming from people wanting to play the games, but it’s all fueled by speculating that other people want to buy it later for more.

The biggest offender in my book is the VGA grading scam: people buying good games, sealing them up, then trying to resell for insane prices. Video games are meant to be played and enjoyed, not encased in a plastic tomb and stuck on a shelf.

The whole investment mindset surrounding this hobby is bullshit. I hope it all goes the same way as baseball cards, the bubble pops, and prices crash back down to reality sometime soon.

I’ve stopped bothering with yard/estate sales. My area is super populated with “those” kind of people. It just isn’t worth the frustration and I just don’t have the effort in me required to get to things first/always be on the lookout.

I don’t collect for resale value. I collect because I enjoy playing what I buy and want to have my own library of games I dreamed about as a kid (and now I do).

But I’ll bring up the opposite side of this argument - it’s cool knowing that whenever I bring over someone to my place, I have a collection that unless they started when I did, they’ll never be able to reasonably afford.

The increasing resale prices is something that does make the collection feel more valuable than it otherwise would. And I say that as someone who has zero plans to ever resell games. In fact, I’m more likely to donate them away to a good cause later in life if my family doesn’t want them than ever sell them.

That said… I do wish Saturn games were cheaper. I only just got into Saturn. My poor wallet

I’m not a fan of graded games. I’d rather clean pins than dust boxes.

Yeah I roll my eyes every time I see one, always listed for $1000 etc of course.

I am so far past caring on grading. It was once something that bothered me but I don’t even see it anymore.

What will never not get me mads is how easy it is to just price fix most retro stuff. It is impossible to get a good deal on anything you find online because you are also bidding against resellers who make sure that even if they don’t get it you will have to pay close to how much they have theirs listed for on any of the major games. It’s either push the price up to keep it rising or they win it and have more stock to control and will flip it for an ever increasing amount. :c

It’s become really bad here in Toronto. I can’t count how many times I’ve messaged someone 25 minutes after it was posted to inquire about a game or two they are selling and they say " sorry someones already coming to buy all of them!"

It’s become so hard to even search for games because kijijii is flooded with " WE PAY TOP DOLLAR FOR YOUR OLD GAMES" ads. Between that and retropi’s it’s a wasteland these days.

Chicago’s exactly the same. Everything is flooded with those darn “WE PAY 4 GAMES” ads. There’s just so many people in the area it’s often picked clean before I even know about it. I usually just drive up to Milwaukee once a month now, it’s much smaller and easier to find deals.

Gaming is going the way of older niche cars now. People buy them to drink wine at look at them like they’re art (to an extent they are) but they were designed to be played/driven.

Maybe, but I also think there are signs this will go a similar route to baseball cards. I was poking around the Internet and came across this article from the Economist: 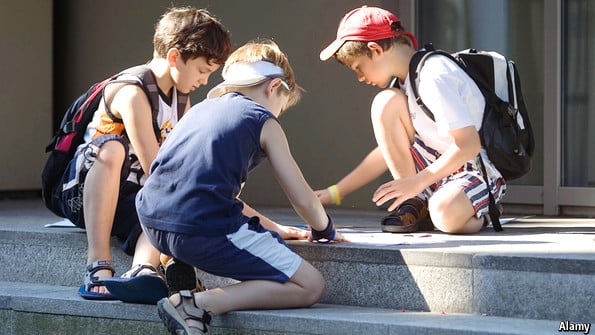 How a children’s hobby turned into a classic financial mania

A couple quotes jumped out at me:

Such prices were the result of very limited supply meeting new demand, in the form of nostalgia-driven consumption. The baby-boom generation that had grown up in a golden age of baseball entered its prime earning years in the 1980s. Some of its members used their new-found purchasing power to recapture the stuff of their childhood memories. Their demand pushed up prices, and higher prices attracted attention.

Cards went for outrageous sums; and, as always happens in bubbles, people who had shared only a passing interest in the hobby found themselves buying with aplomb, for fear of looking like suckers later for having missed the obvious route to wealth.

It isn’t comparable to either trading cards or the comic book market crash in the mid 90’s.

People came into those markets in the hopes that buying the CURRENT product would see future price rises, this in turn led to mass overproduction ie 1991’s X-Men #1 being the first million selling comic book.

When those people who came into the hobby realised there would be no similar price increase and in fact their purchases were often worth less than what they paid then they leave the hobby and the entire industry suffers as a result. This isn’t happing with videogames, it’s genuine demand of a still rapidly growing medium (whose health is not tied into a speculative market unlike cards and comics were) coupled with so such much content being unavailable on current hardware.

You make some good points and I agree that it’s not a 1:1 situation with baseball cards (I’m unfamiliar with the comic book situation). But there’s still plenty of potential for market disruption with video games. For example, an increase in “retro” items that floods the market. Or a technological shift - emulation hasn’t had much of an impact to date but that doesn’t mean it won’t happen at all. Or GenX could get their fill of nostalgia and move on. Who knows, maybe it’s wishful thinking but I’m still hopeful.

I think more items like the NES Classic and SNES classic could disrupt the market, so to speak.

Even just a cheap box that offers nothing more than access to a virtual console shop could be massive I think.

If Nintendo released their classic line bundled with select games and then offered a virtual console shop for just that system for people to fill out the rest of their library with…that would do great I think.

We have seen some disruption at times by re-releases.

I’ve seen Battle Garegga even out with the physical PS4 release. Dracula X on Virtual Console slowed the rise in price of the PCE version.

It can go the other way too though, exposure from retro services can lead to an uptick in demand.

Rereleases can definetely dull a games value. Xenoblade for wii and Radiant historia for DS used to be $60+ games, but rereleases and ports have dropped their values to like 35 and 15-20.